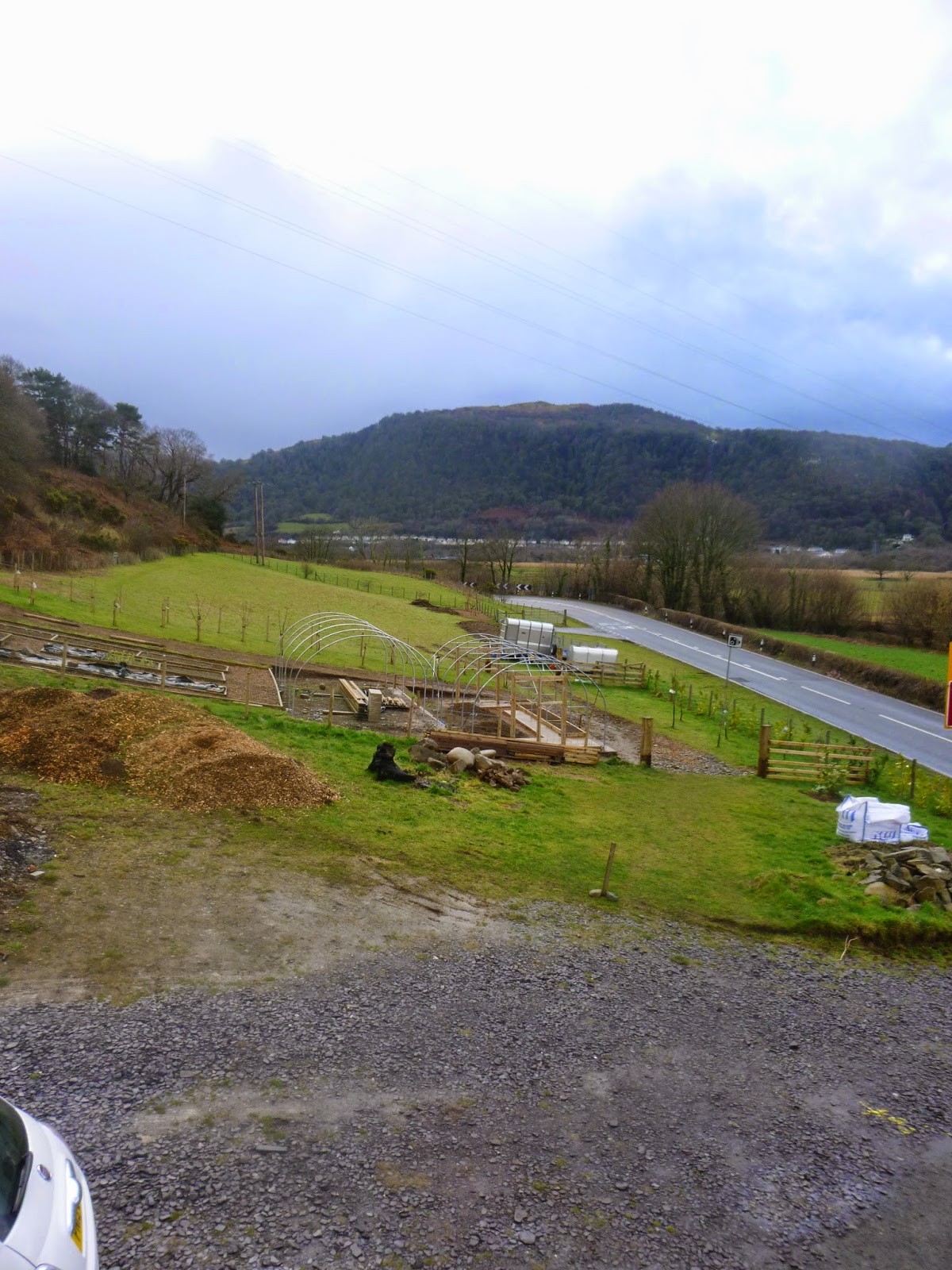 We have progress at last on the polytunnel !!

Can you see in the distance that improvements have taken place. 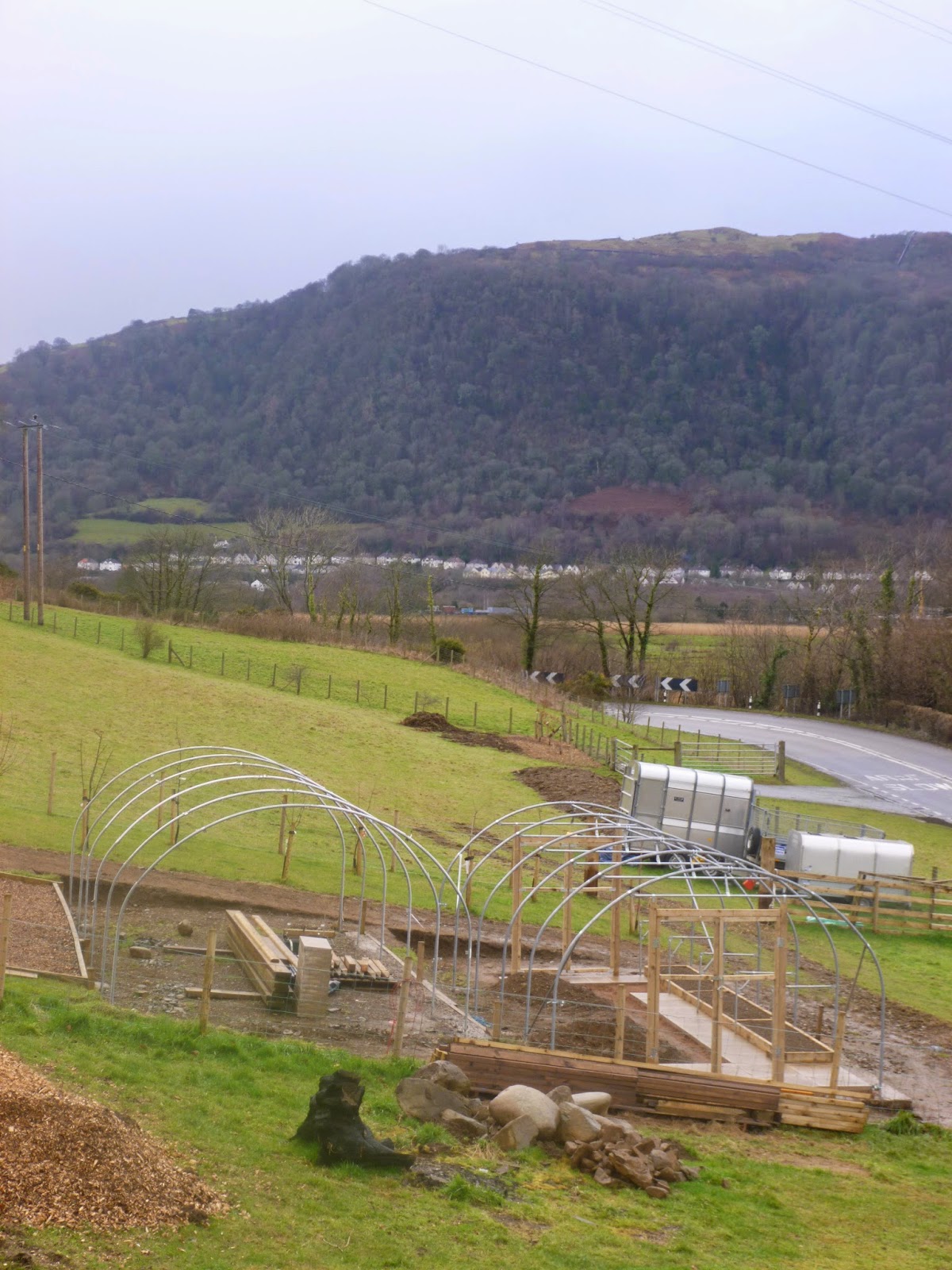 Creeping a little bit closer ...alright I admit it I stayed in exactly the same place and zoomed in with the camera  :-) 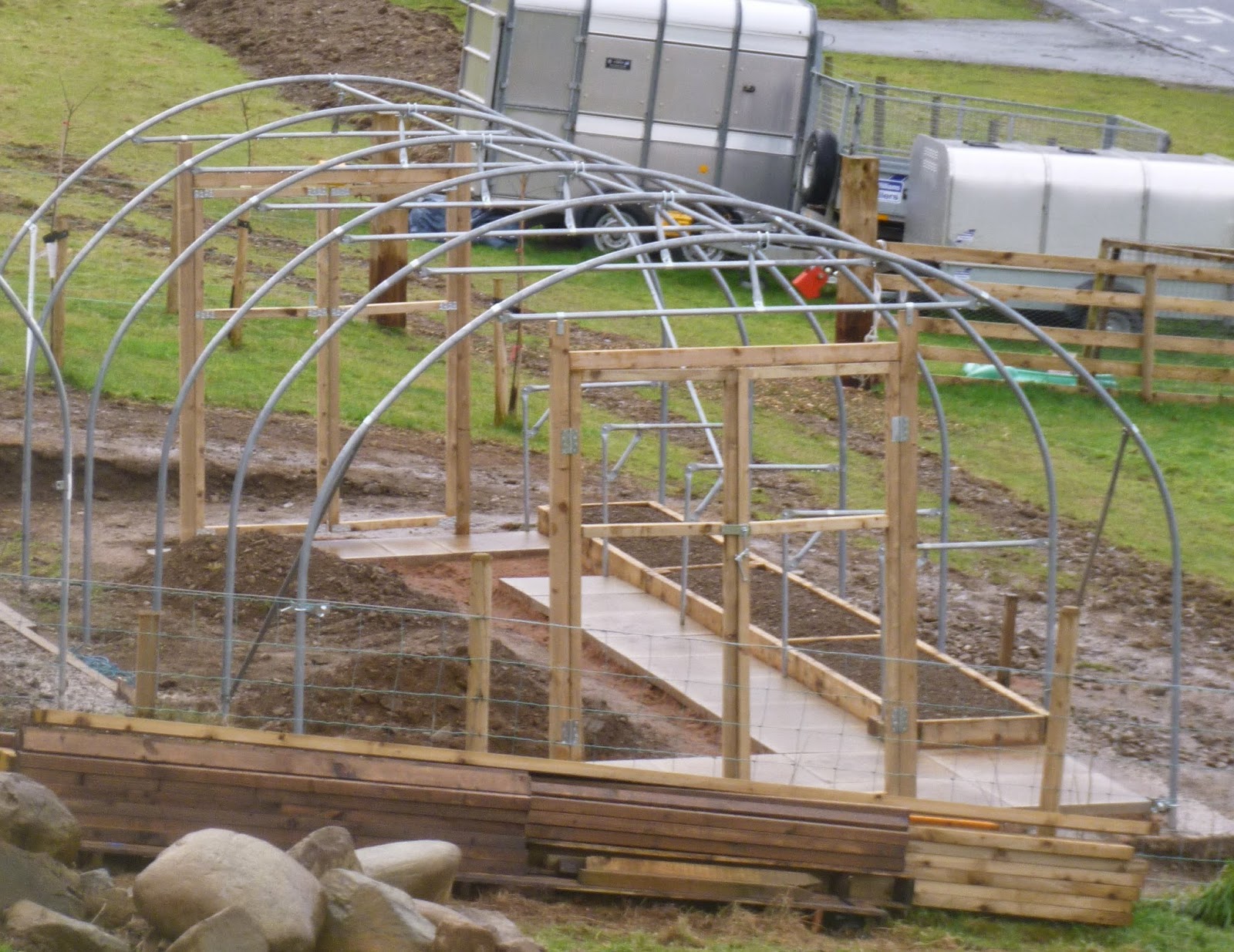 Zooming in a bit more and you can see for yourself exactly what has been going on.

The last couple of weekends have seen the weather being relatively kind to Lovely Hubby as he has manfully heaved wheelbarrowfuls of sand, paving stones and wood into place AND he has managed to make and fill one of the lengths of raised beds with sieved soil.

He soldiered on last weekend until he ran out of paving stones, we had commandeered some of the ones he had ordered for the polytunnel to make the area around the henhouse safer for us to walk on when we are cleaning out the henhouse, so we are about 10 short of finishing the polytunnel paths.

Once the inside is fully done he will get the polythene in place ..... I know it does seem like the wrong way round to me too ....  personally I would much rather be working in the dry but this is the way he has decided to do it this time.