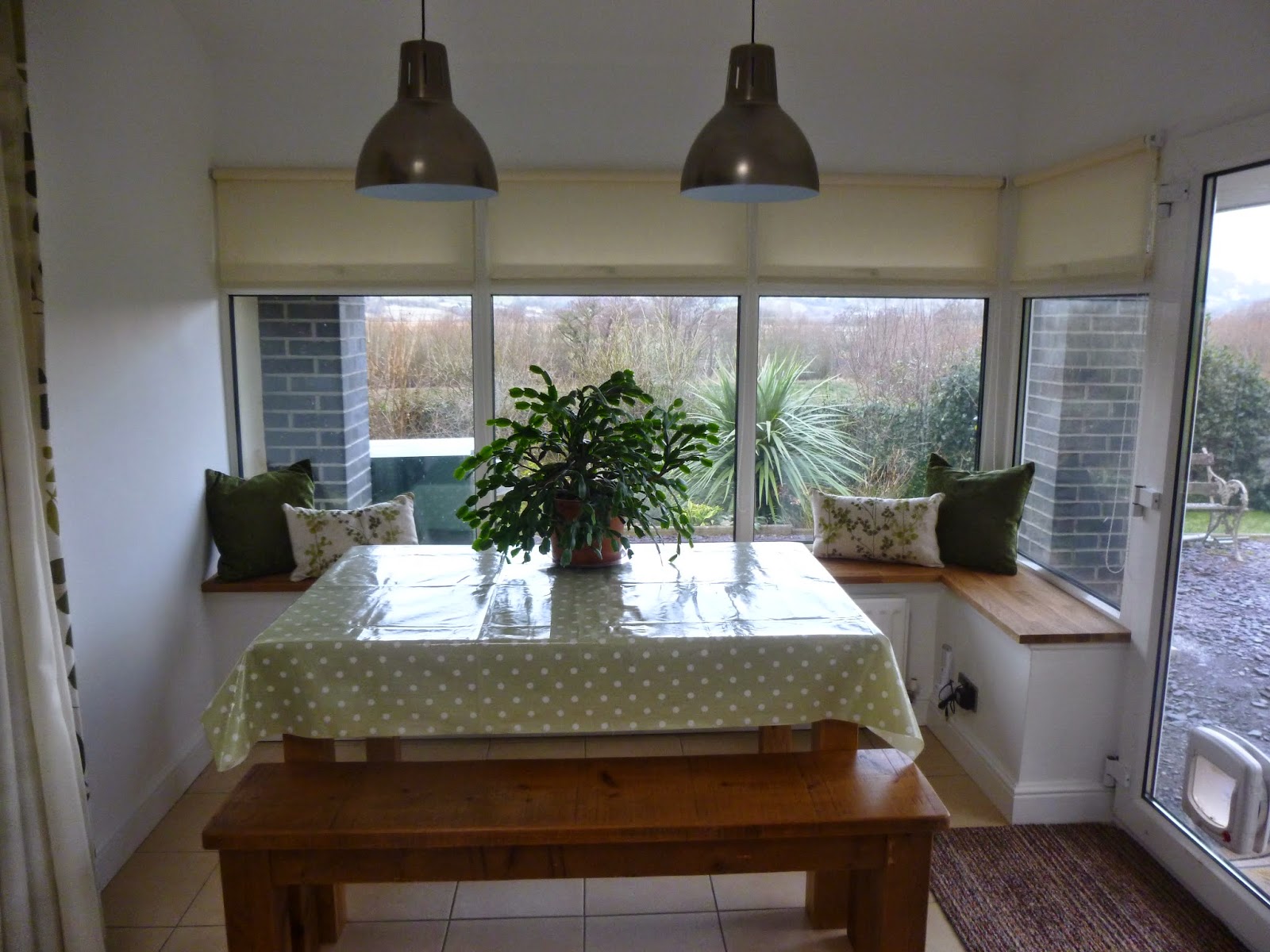 I thought I would show you the 'almost finished' conservatory, yes we still call it that ..... the name has just stuck and I think calling it 'The Garden Room' as it was titled on the planning permission plans, just looks and sounds a little bit more pretentious than we are. 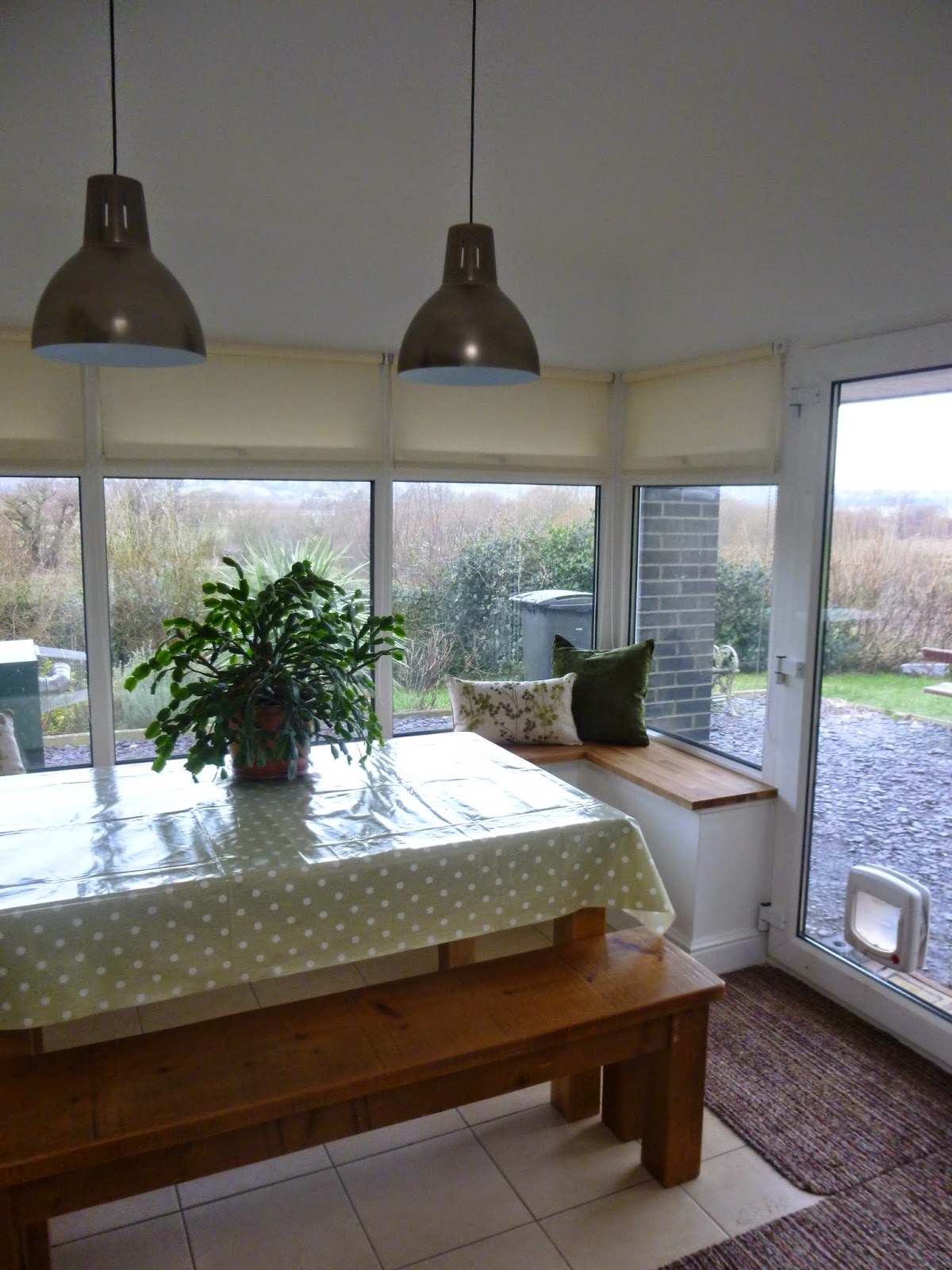 The almost finishing touches went in last week when the oak worktops were added to the windowsills, they make a bench area around the dining table (which is also oak under it's spotty tablecloth) and a matching sill on the other side of the room. 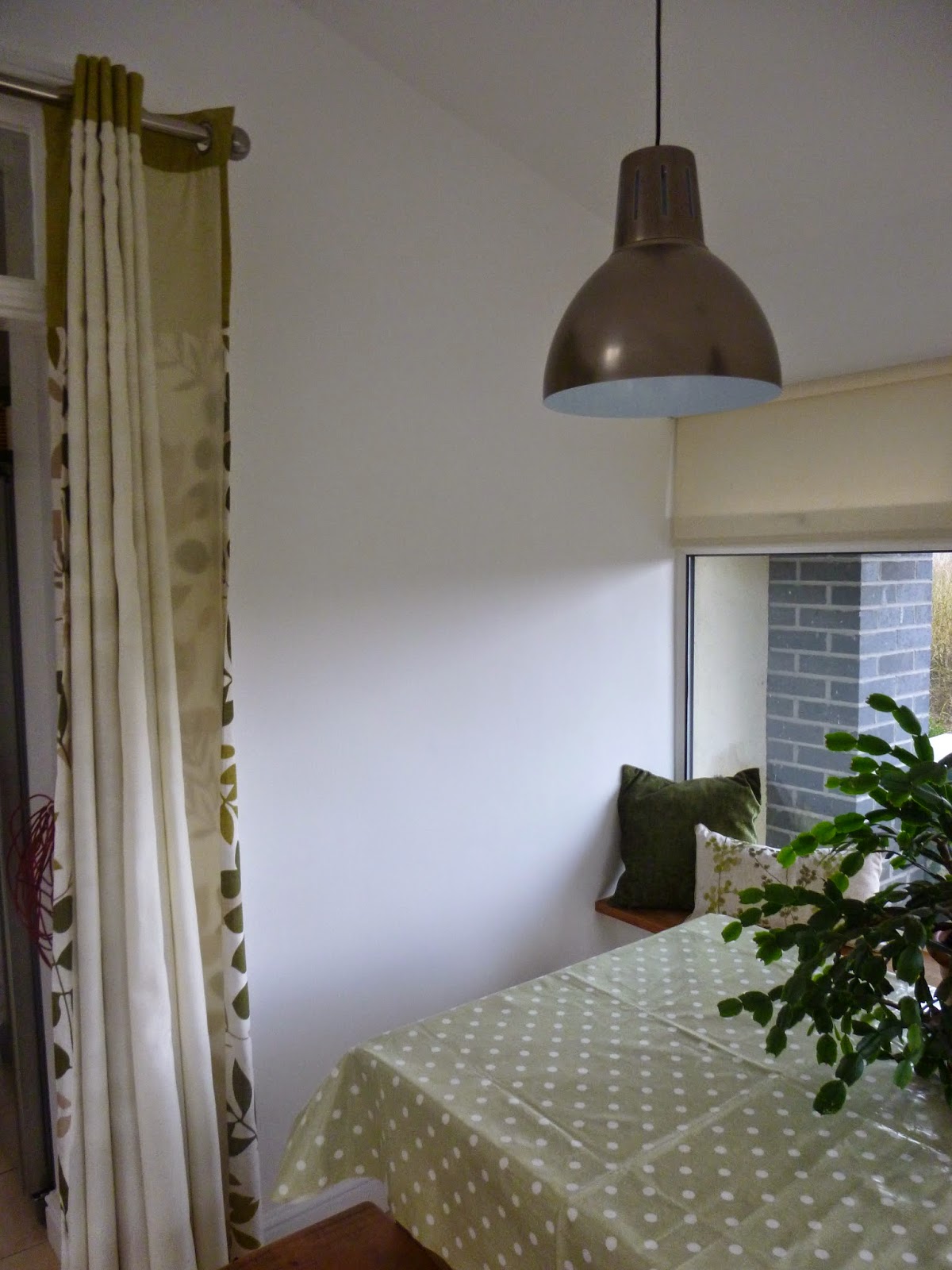 The off-cuts from the worktops, because obviously we didn't need the full depth that a kitchen work top (counter-top) has, have been sanded and finished to make us some shelves to go on this bare bit of wall.  We actually got three shelves that will sit here perfectly and two additional longer ones, that we will find a home for in the future, if we need them.

The shelves in the conservatory will not be filled with clutter, but will simply hold some of the more decorative jugs and bowls that currently live in my cupboards.  I don't like ornaments as such,  but some of our things that we don't actually use everyday, but that do get called into use on a regular basis are just too pretty and too full of lovely memories of days out to simply languish behind closed doors.

The only new things we have bought for our almost finished room were the four new cushions, just in case anyone finds the oak benches a little too hard to sit on, of course they had to be in our favourite shades of green!! 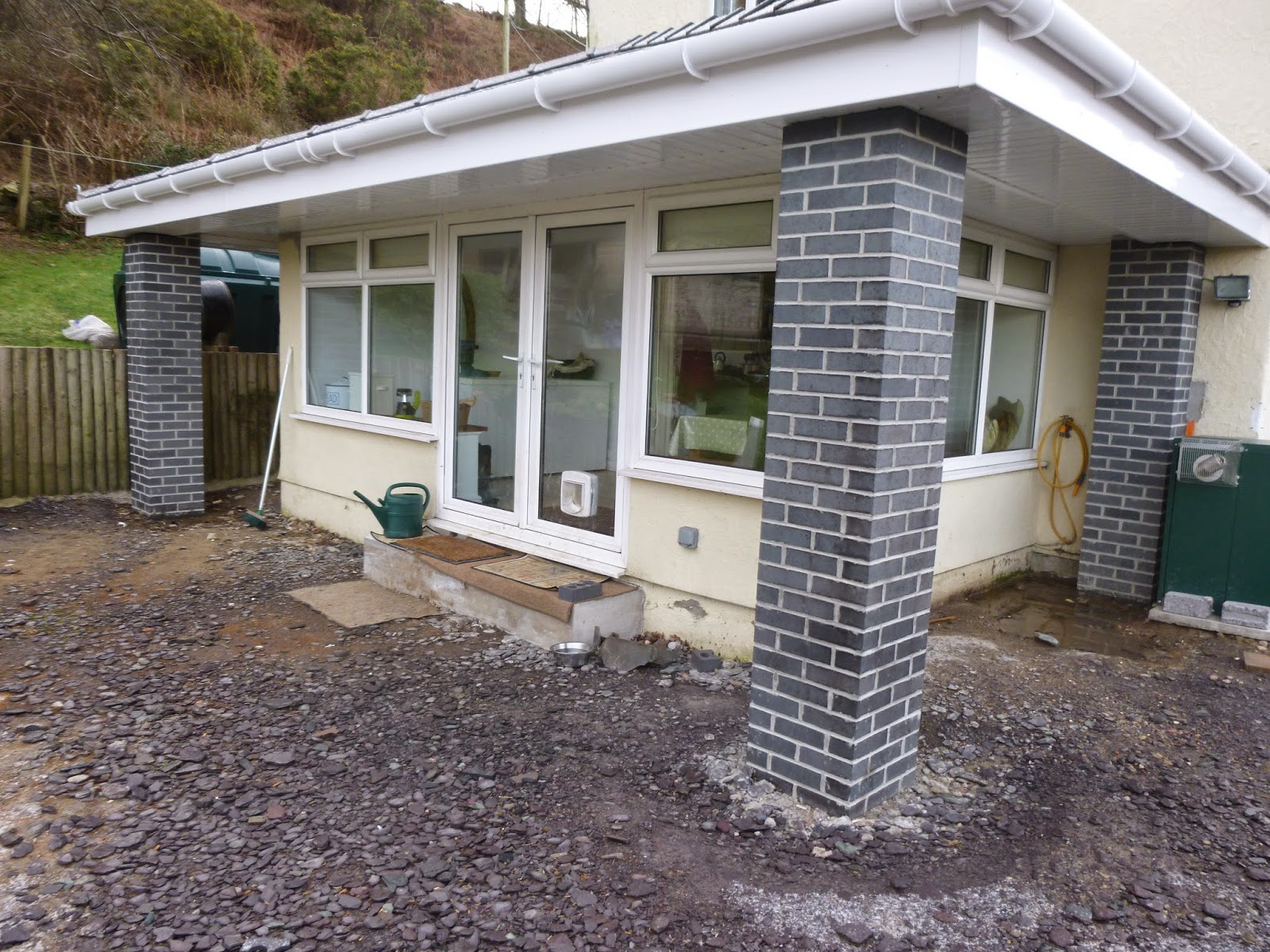 Hopefully if the weather is okay later in the week, the tarmac that will be the finishing touch to the outside of the conservatory will be laid.  One day of groundworks and new edging stones laid where currently there are wooden ones, and then a day of tarmacking should see us looking a lot neater outdoors, and then at last there will be less mud and chippings walked in on our wellies and the dogs and Gingers little mucky paws.

Talking of clutter and loving the simple look of the conservatory as much as we do, I've decided to join in with Elaine's, over at Mortgage Free in Three  'February Fling Challenge'.

The idea being that you declutter one thing on the first of the month, two things on the second, three on the third etc, etc.  That will be a total of 406 by the end of February.  To help you keep tabs on what you have got rid of she has produced this brilliant little chart that I have just printed out and will be keeping handy to keep me on track.

Why don't you nip over to her blog using the link above and get yourself a copy and see how well you can do.  As I only need to find another 84 items for my 'Decluttering 365' this would take me nicely over and mean that we have lots of lovely items to sell at the one and only car boot sale of the year that we hope to do when the weather improves.

Obviously some of the things are going to be little bitty bits but everything that we don't really need is clutter in my eyes, so it all adds up and in this year of 'Needs not Wants' it's good to be inspired to have a purge.