Using up the Salmon 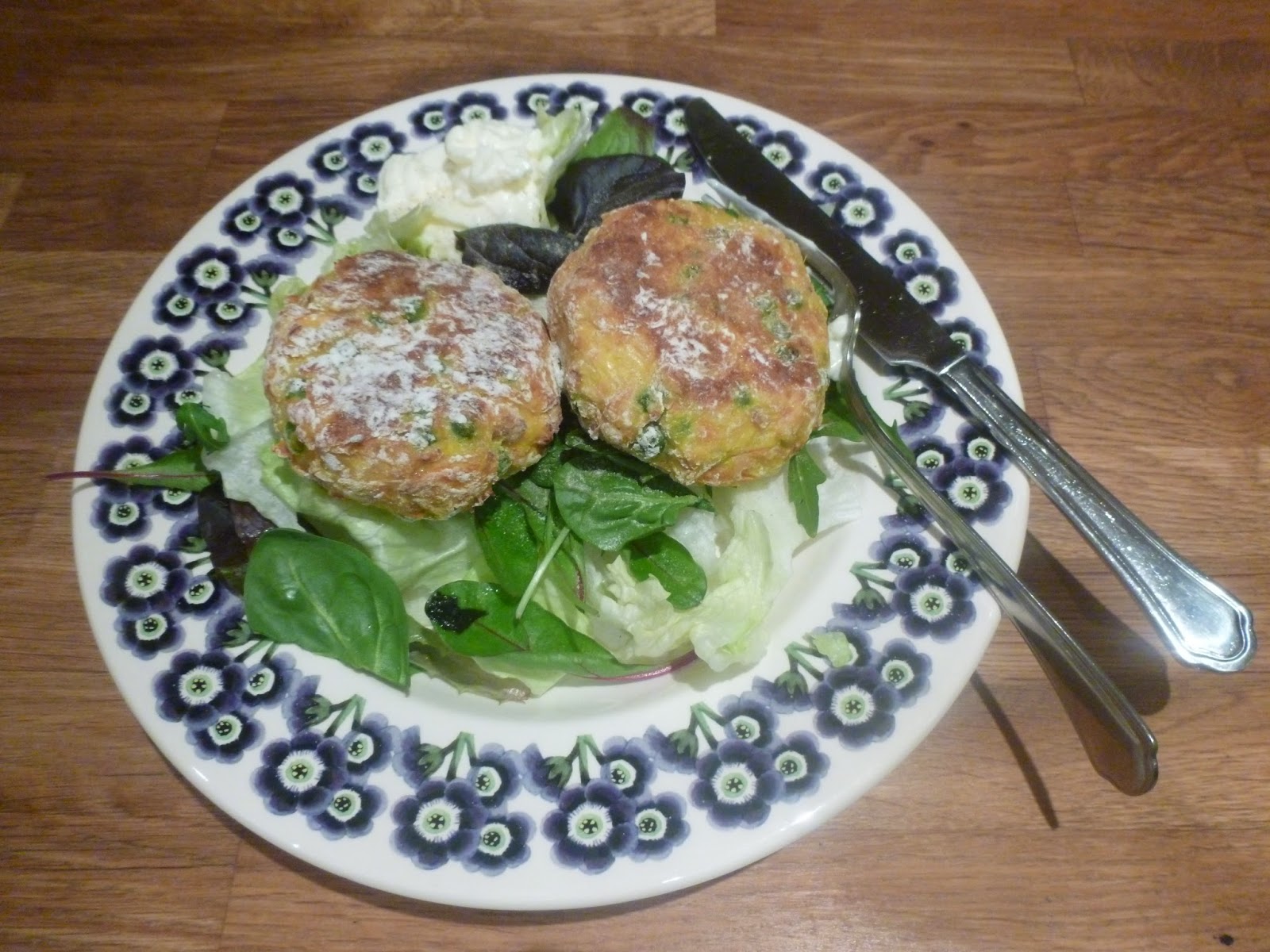 After my creamy pasta meal a few days ago, and my day and night of feeling pretty yucky.  I thought I really had to try the salmon bits that had been saved as 'purposeful leftovers', mainly to find out if it had been the cream or the fish.

I was pretty sure that it was the cream, as I can't and don't drink any milk because of this yuckiness happening previously after anything milky.  I guess when I had the cream I was hoping that by not having any milk for months I might have gotten over my intolerance.  But it appears not. 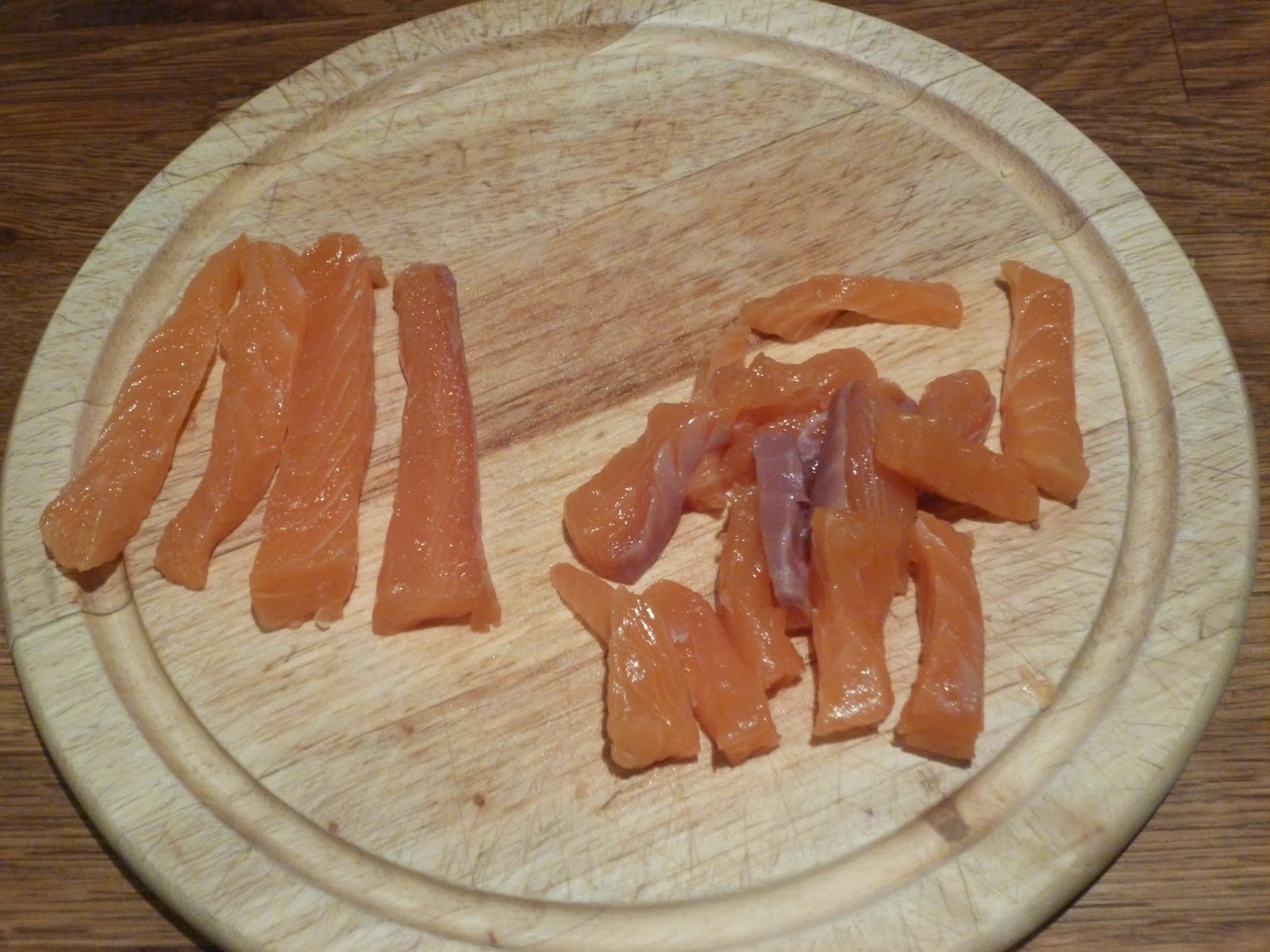 There was just a little bit of salmon .... 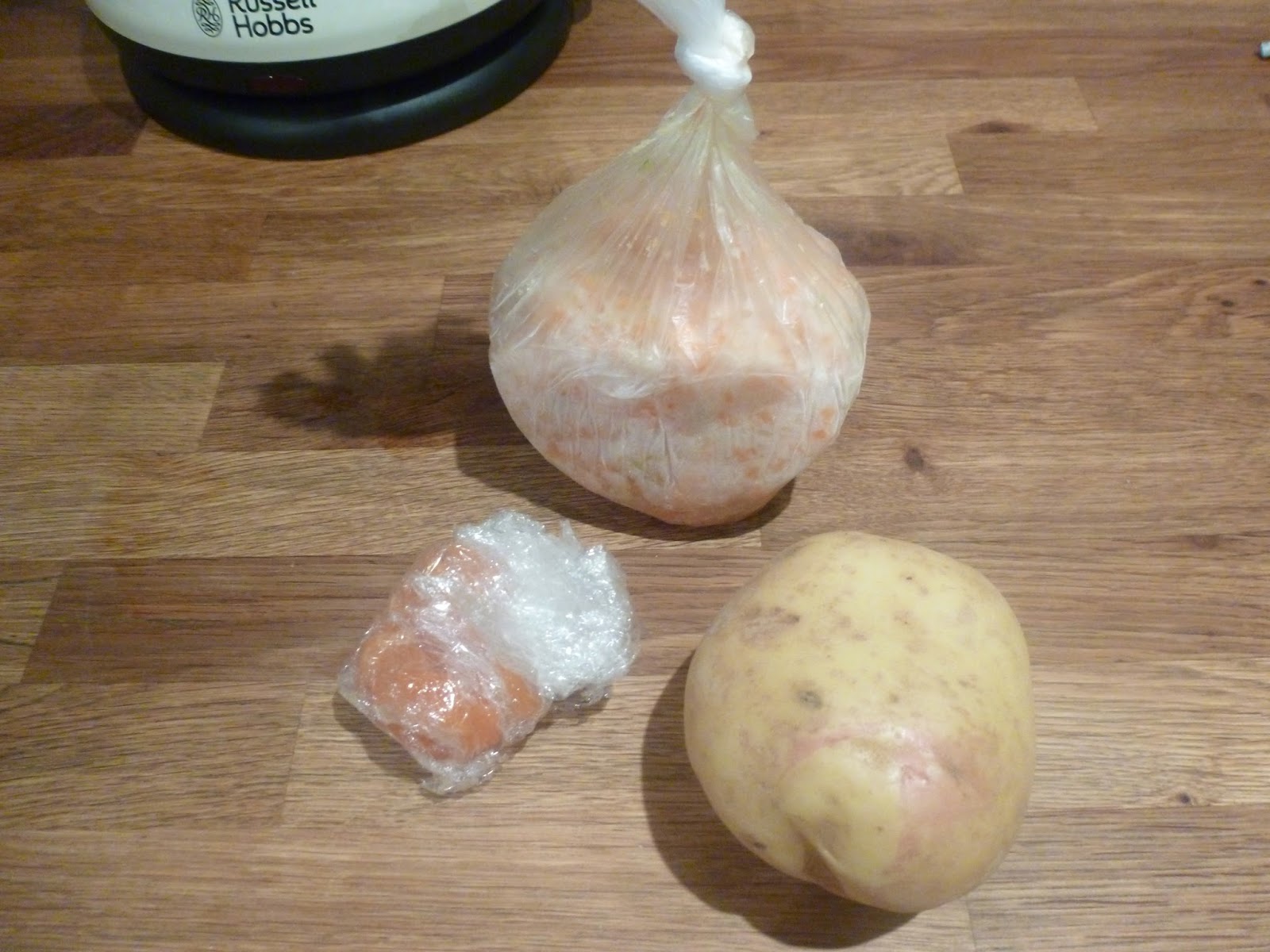 ... so I added a bag of veg hash from the freezer and one potato. 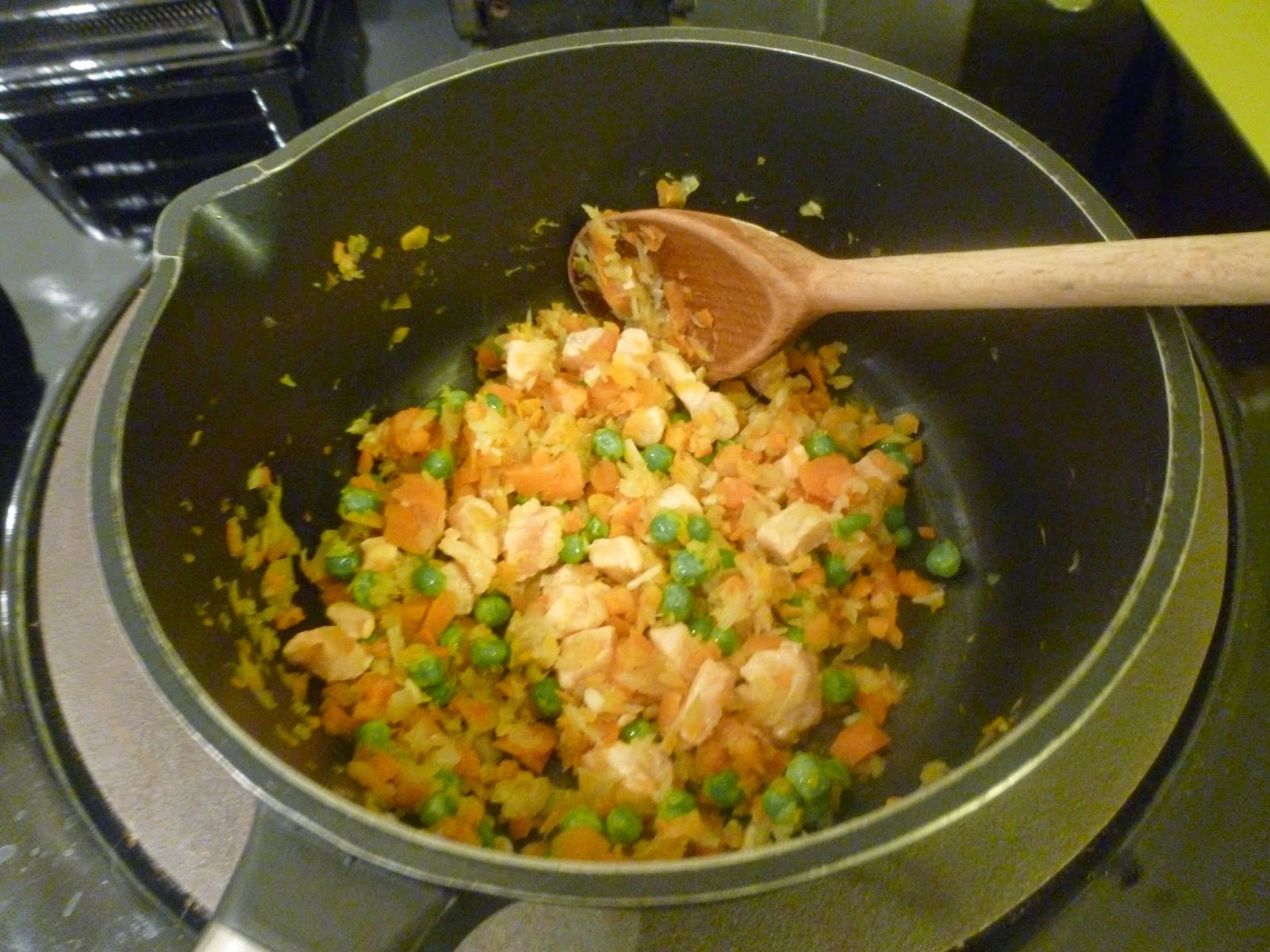 I thawed the veg hash out by simply tipping it in it's frozen state into a pan and let the heat as I stirred it around thaw it out gradually.  The potato was popped into the microwave and cooked for eight minutes, once soft I scooped out the flesh gave it a quick mash and added it and some frozen peas to the hash in the pan, then I added the salmon.  I cooked the lot for a couple of minutes and then tipped into a bowl to cool down.  I ate the potato skins with a little butter and a sprinkle of cheese ... waste not want not ;-) 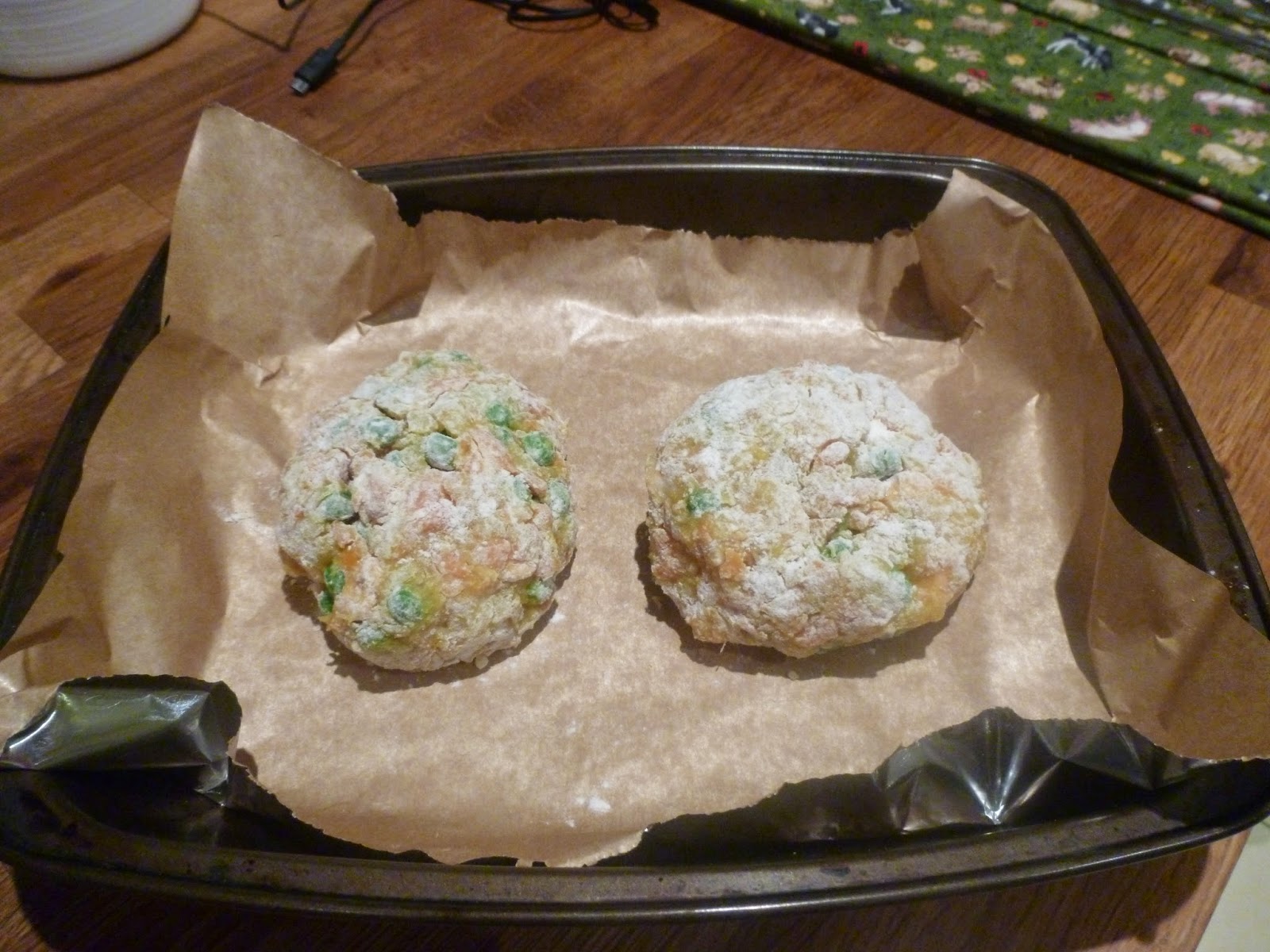 Once it was cool enough to handle I tipped a beaten egg into the bowl and divided the mixture into two.  It was a pretty sloppy mix I shouldn't really have tipped all the egg into it in one go, but after rolling the potato/fish cakes round in some flour they held together enough to be able to get them onto the baking dish.

Half an hour later I had a couple of lovely fish cakes, which were served on a bed of mixed leaves with a dollop of mayo.  It was very filling and very satisfying to make a full meal out of some little bits and pieces.