The Shape of Things To Come 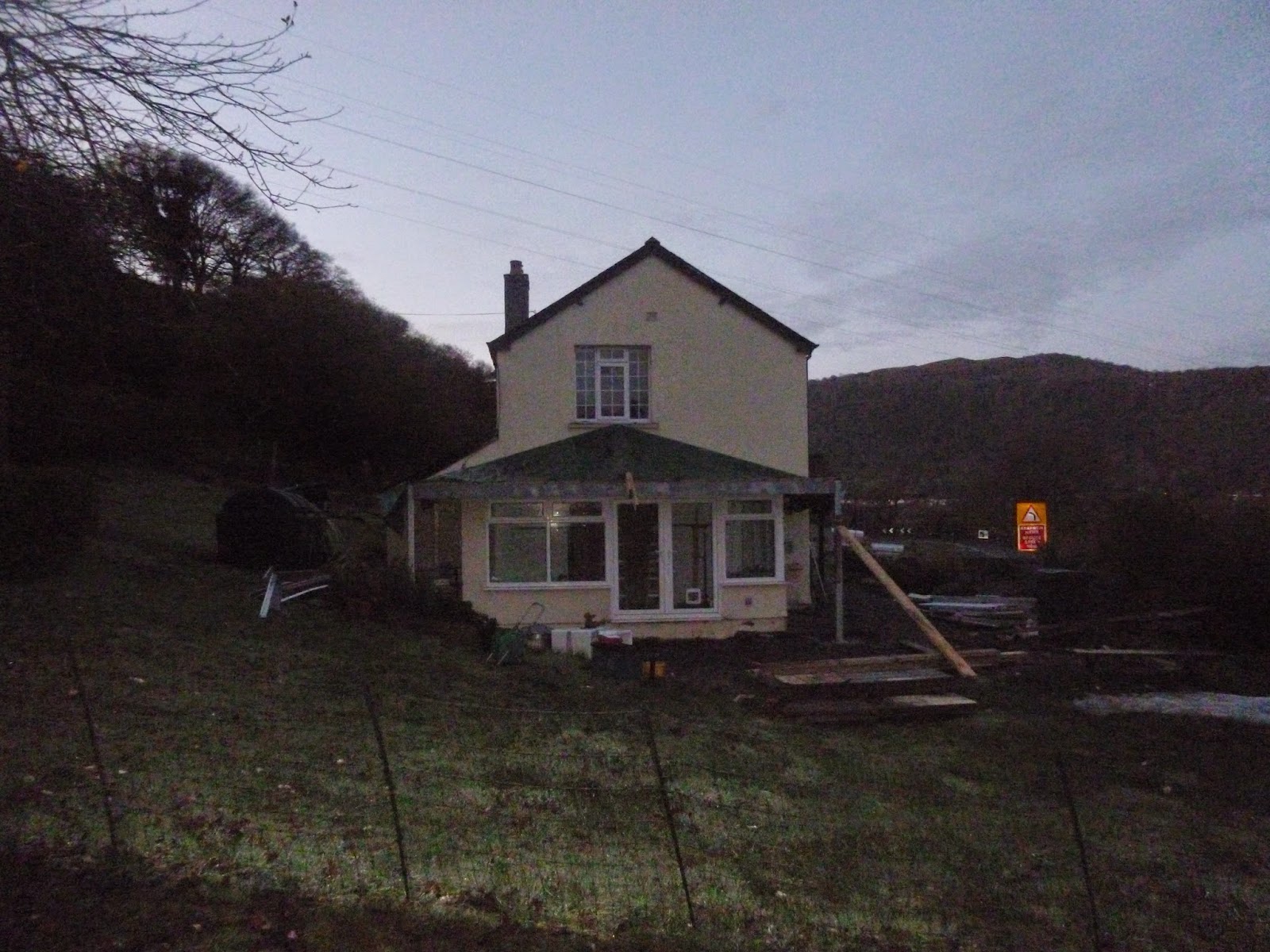 By first light this morning as I walked back towards the house from Chicken World it was possible to see the shape of things to come.  The conservatory roof dark to match the house, an overhang to keep the rain away from the windows and steps .... 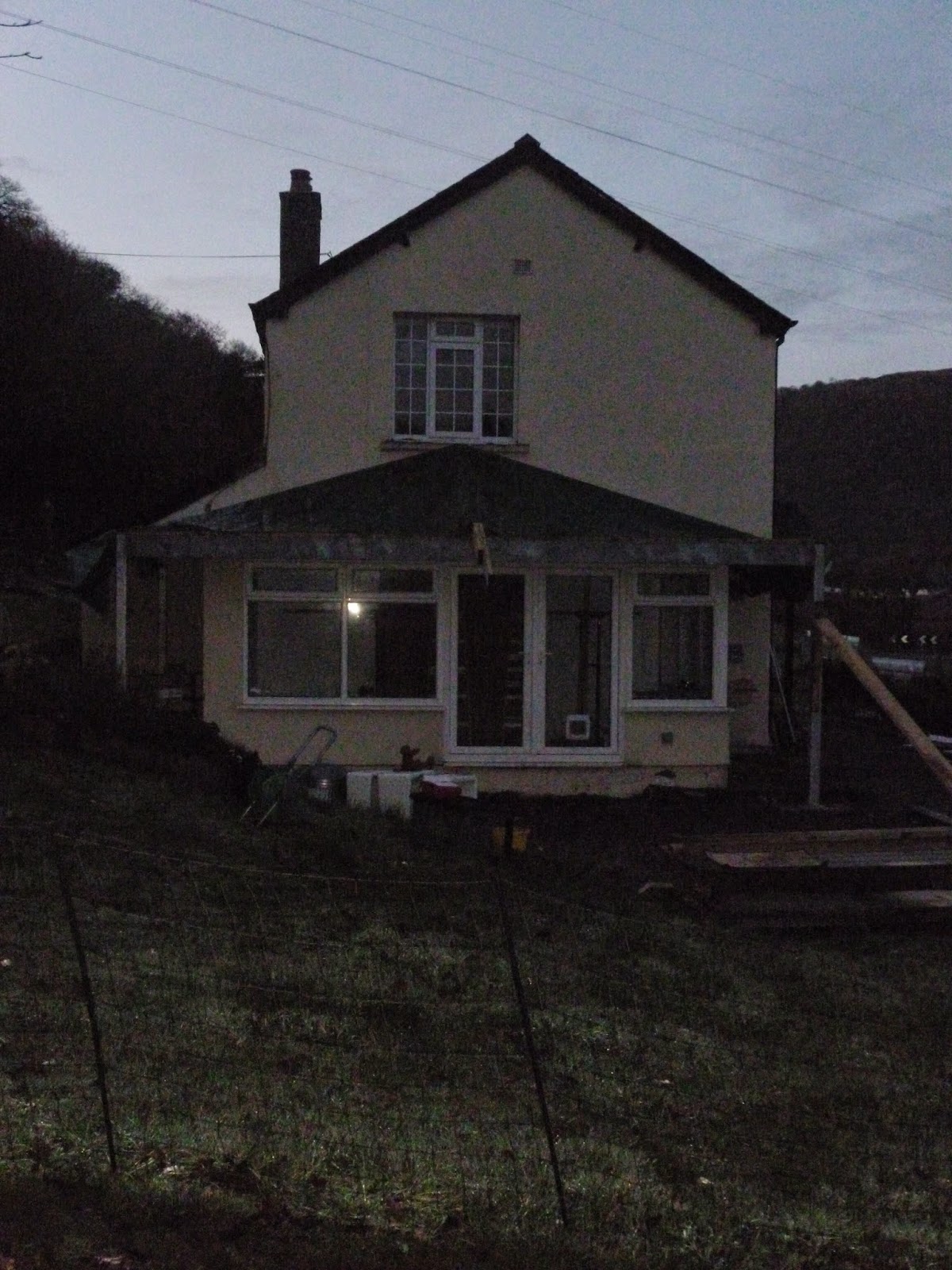 ... I could almost imagine it finished. 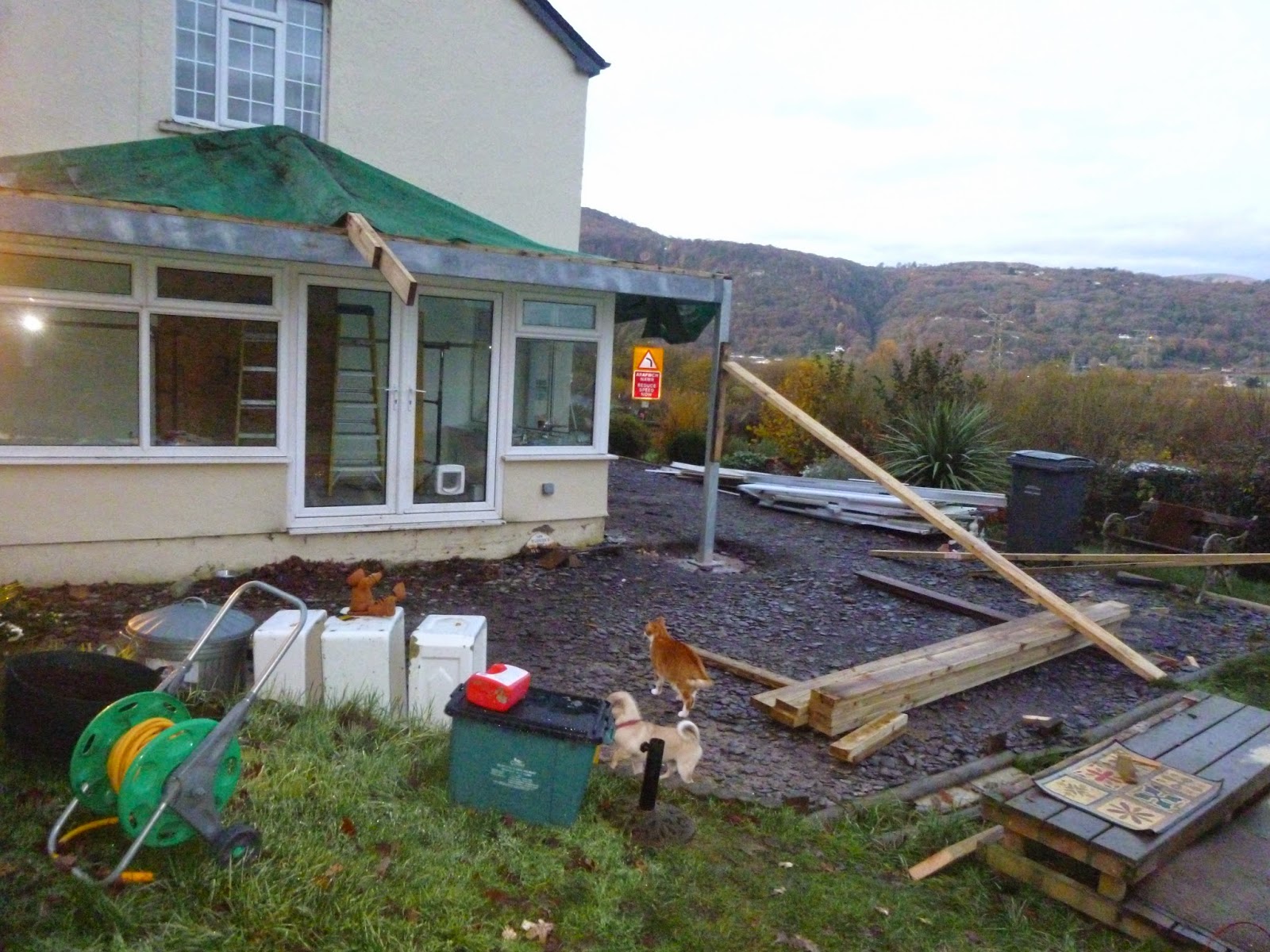 Then the sun came up properly and it was back to being a building site, with materials lying ready to be used and debris dotted all around, and the tarpaulin that's covering the gaping hole where the poly carbonate roof used to be, moving gently in the early morning breeze.

But it was nice to briefly be able to imagine the finished result.

Charley went to the vets today, it's time for her to be spayed, I took her in first thing this morning, half an hour after taking the final picture above.  It's good to take them in early, that way they can't grumble too much about not having anything to eat for twelve hours, although she did manage a small breakfast of rabbit droppings as we went round the paddock early on.  She shook from head to tail when we were sat in the waiting room all on our own,  poor little thing I felt like such a bad doggy mummy. 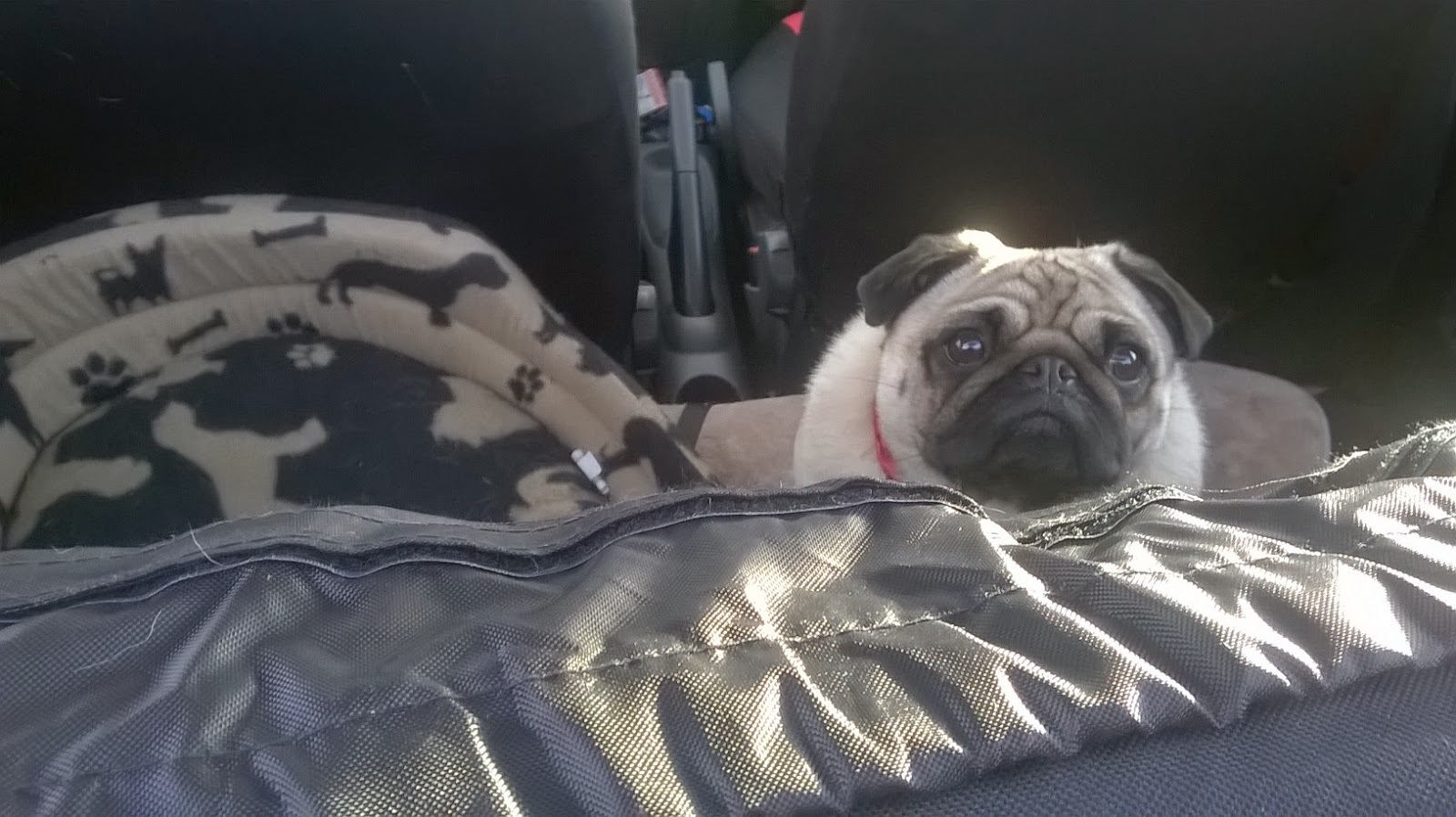 So I took Suky for a walk in Rhos on Sea to walk away the guilt and wander on the sand.  I cannot imagine what must be going through her little doggy head.  First Rosy and Mavis are left at the kennels, then we come away from the vets without Charley, does she think that she is next .... whatever is going through her little mind she's been sticking like glue to me all day. 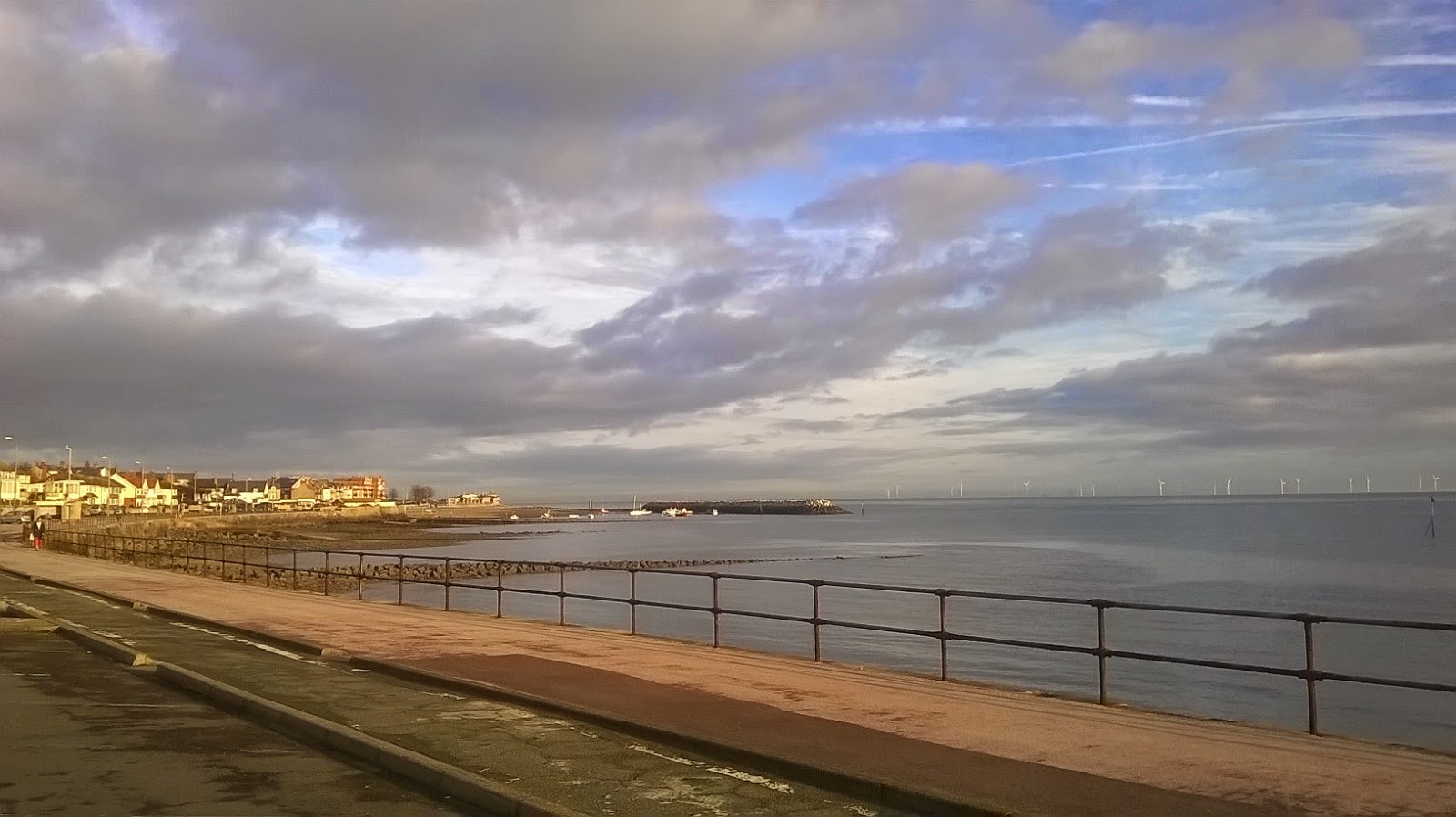 You can't beat a walk by the sea early in the morning to banish everything that's wrong in the world for an hour or so.

Now I am waiting for that phone call that says "everything went well, she's fine .... come and pick up your dog, she's ready to go home".  It really does seem like the  l o n g e s t  wait.