Around the Hills and Back Again

I went to Llandudno yesterday, just me no dogs ... a rare occurrence.

Time to myself to do a bit of shopping, buy a few things we had run out of and treat Lovely Hubby to a new book from Waterstones, I might have accidentally bought myself one too and had a large cup of coffee in their lovely little cafe. 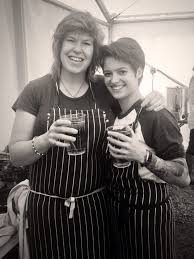 While I was drinking my coffee I spotted a Jamie Oliver book nestled between one by Jack Monroe and one by Allegra McEvedy, I had to move him ..... well you would wouldn't you .... can't have the cheeky chappie coming between two of my favourite cooks.!!  I love that the cafe is right in the midst of the cook book section .... but it's costing me a fortune ;-)

I pootled around the shops for two whole hours before deciding that it was time to get home and let my little doggies out to relieve themselves, before they chose to do it on the door mat as is Charley's way when we've left her too long without a puppy pad (yes, I'd forgotten to put one down!!).

I got almost home before there were blue flashing lights and road closed signs all across the road, the traffic was moving quickly and we were all streamed up the Tal y Cafn road.  I had a feeling as soon as I drove over the bridge that I might be seeing this particular bridge again before too long.  I drove the eight miles along the back roads, visiting villages I have only ever been detoured past before and never actually visited and stopped in.

I reached Llanrwst and the famous tea rooms, driving over the bridge for once knowing I wouldn't meet anyone coming the other way at the top of the hill as the police were directing traffic.  I drove through the town centre, heaving with traffic all in the process of being diverted.  Leaving the town I headed towards home only to be stopped just outside the town centre.  I asked the nice man in the hi viz jacket exactly where the cause of the obstruction was and he informed me of an accident near the railway station ...... I could have come the other way then!!

He smiled ruefully and waved me off as I about turned and set off  to cross the bridge again and see once more the delights of  the back roads and the villages I had only just passed through, although this time in the opposite direction.  I got to see the construction site that I can hear from our house banging the days away with their pile drivers, I got to see the pub where we stopped for lunch the very first time we came to view our house, now sadly all closed up, and eventually I got to cross the bridge again, get to the end of the road and indicate that yes, I wanted to go right.

The nice yellow jacketed man now there instead of the policemen, smiled when I wound the window down and explained that I lived before the scene of the accident and moved the cones to allow me through.  Next time however fast the flow of traffic if the 'Road Closed' signs appear in the same place I will jam on those brakes, hold up the traffic and ask exactly where the accident is.  As nice as the back road are they are not the place to be when they are full of diverted trucks and coaches all squeezing past on lanes designed for farm vehicles.

One good thing .... I had been tempted to go through the car wash while I was out, but decided at the last minute to save my money and leave it, looking at the state of my car now .... that was the best decision of the day.

(All pictures courtesy of Google Images.)