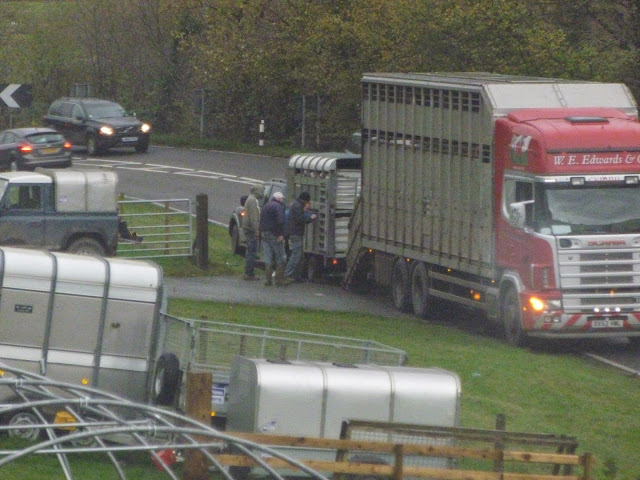 For a second I thought I was being shot at yesterday.

I was in Chicken World cleaning out the hen house when there was an almighty bang directly behind me.  It was the flap, flap flapping of slack rubber that told me after that first moments shock, that it was merely a blow out of one of the passing vehicles on the busy road that runs along our land.

Luckily no one was hurt, and the farmer towing the trailer with the now very flat tyre managed to limp it towards the access part of our lower gates.  Once stopped there was no more moving it, for it was full to the rafters with sheep on their way to market. 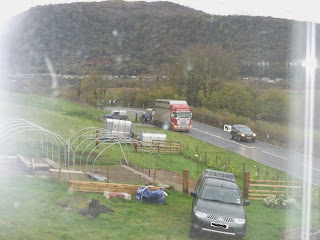 I went over to make sure everything was okay, but he had already been on the phone to the cattle market that he was heading towards and they were in the process of sending one of their large trucks to off load the sheep. 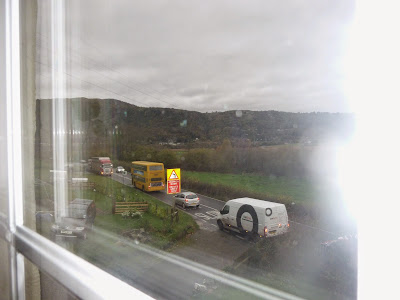 The road was chaotic for an hour or so, while the large truck was parked there, it is a sharpish bend and over taking is quite hazardous but they coped well. 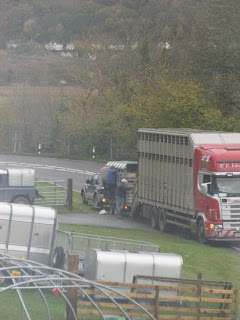 Moving the sheep from little trailer to big truck.

Then the guys that had followed in a Landrover helped him to change the wheel on his trailer and in the blink of any eye they all vanished, no doubt to enjoy mugs of tea and bacon butties while the sheep went through the sale none the worse after their little adventure.

And Jason who was staying with us slept through all the excitement, although Rosy the Jack Russell found the whole show amazing to watch from her vantage point on the back on the sofa.