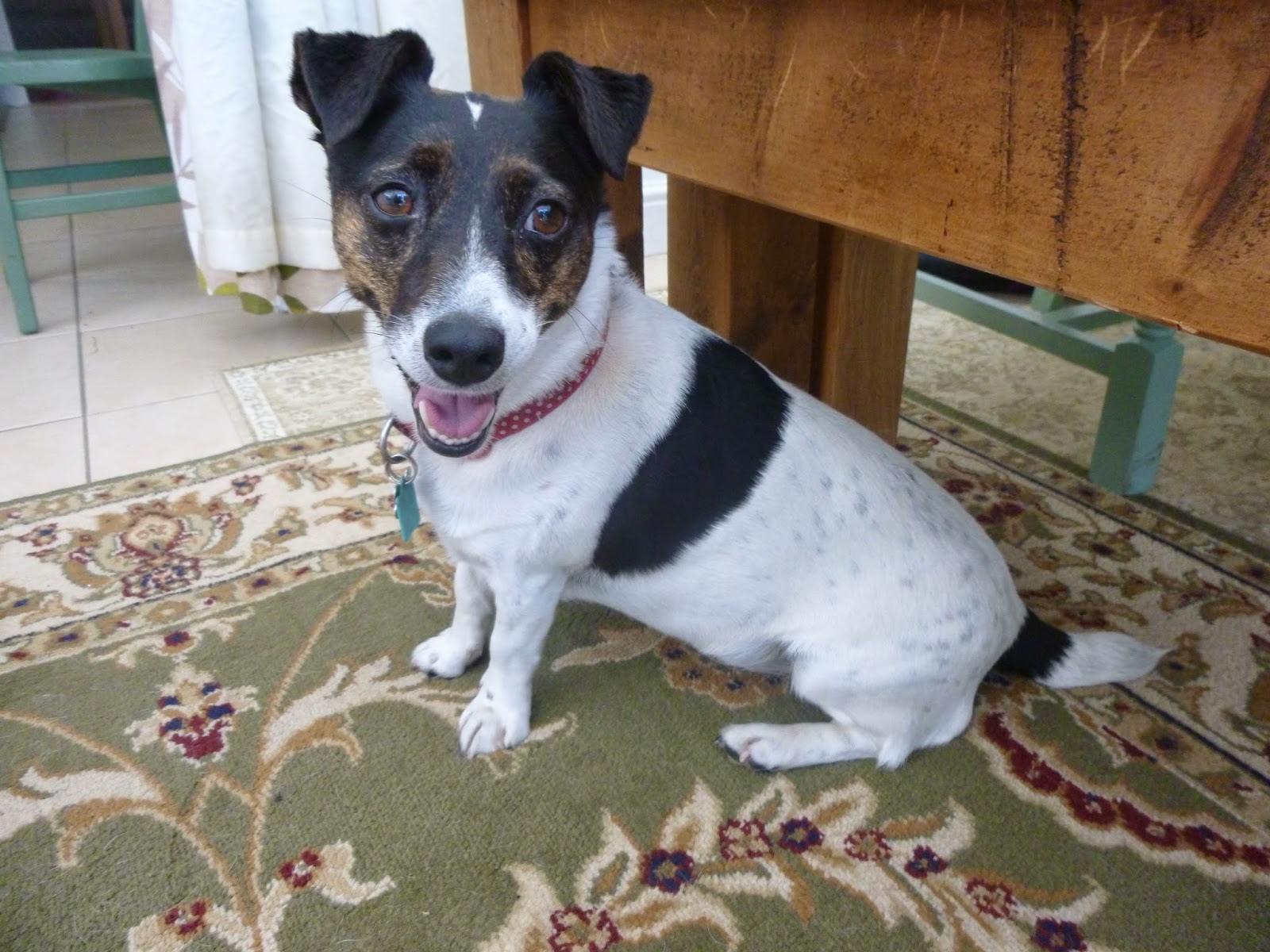 The one concern we had about getting a tiny puppy, and the one that stopped me from saying yes to buying Charley, until I was surprised with her as a gift, was the thought of Rosy hurting it.
She can be a bad tempered little b*gger at times, and when a Jack Russell that is used to hunting rabbits and birds, and can kill a rat with one bite and shake of her head wants to hurt something it will ... in the blink of an eye and give you a big doggy grin and say sorry afterwards.
BUT, she is being brilliant, yes she has snapped at Charley to put her in her place when she has invaded her food bowl at tea time, and growled when she's been climbed all over, but luckily Charley heeds the warning and backs off immediately, rolling on her back and showing that delicious little puppy belly.  So much so that Rosy has relaxed completely and now sees Charley as a little accomplice and something to watch with amusement..  I think she knows that finally there is someone in the doggy family who idolises her.  It really has brought out the best in our eldest girl.
So Rosy is good, my phone however, is BAD.
I was sat in M&S Café treating myself to a coffee after running errands all morning and I got out my phone to check for any messages and the date said Tuesday 29 July.  I sat there like 'piffy
on a rock bun' (a Manchester saying for a confused abandoned person) trying to work out how it could possibly still be Tuesday when I have already done so much this week and been out and about here there and everywhere. Then I realised I had turned my phone off on Monday night at the Gardening Club meeting and then back on again later, obviously somehow it had gone wrong.
Even now as I'm sat at the computer I keep checking the date in the bottom right corner to make sure that yes it is Wednesday ... I'm easily confused .... it must be my age  ;-)
I do love the picture of Rosy at the top of the post , I took it yesterday after she had been playing with Charley and Suky outside, she was out of breath and obviously very happy.  Her head isn't  really that huge compared to her body .... she was leaning towards me as I took the picture.
Sue xx
﻿
Posted by Sue at 15:25