Anybody Want a Pet Boa Constrictor 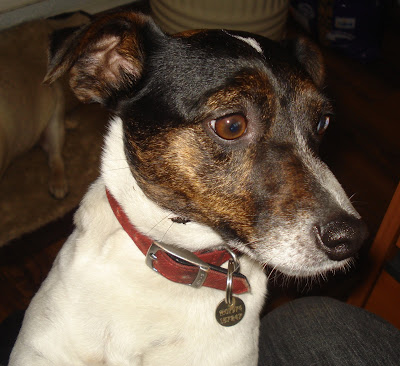 Rosy, our little Jack Russell got fed up waiting for her tea last night and went out and caught herself a rabbit.

She devoured it eagerly and as I'm too squeamish to take them off her and LH was too busy this time she got to eat the lot.   When LH came in for his tea he said "don't look out the window now she's just got the ears left to swallow", and sure enough all that could be seen were two ears sticking out of her mouth flapping up and down and she struggled to swallow them - yuk, yuk and double yuk.

She obviously thinks she's a Boa Constrictor that dog of mine. 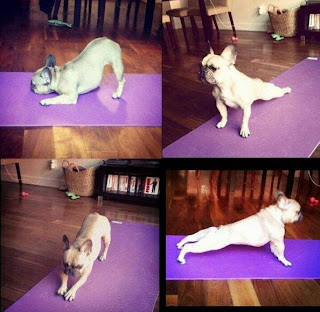 Although she could also get a job at a gym, because every morning when she hears the words "it's time for crunches" on my 'Slim in 6' exercise Dvd she leaps off the sofa and gets into position for press ups and crunches.  I've been trying to get a photo of her for ages now, but she runs off laughing when I try.

This is the nearest thing I could find to give you an idea, but NO Rosy does not have her own exercise mat!! 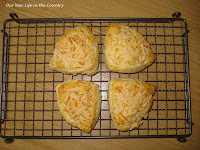 When making Scones don't bother with a rolling pin and a cutter, all that rolling cutting and re-rolling to get the most from your dough simply overworks it, instead pat gently into a circle and cut into quarters.  Your Scones will rise better and be wonderfully light and fluffy inside .... and you will have less washing up.