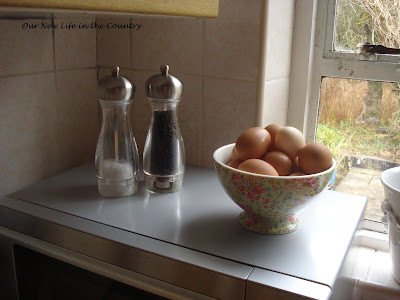 'well, I think you should change your slogan "the year of less"... these days you're going to be the proud owner not only of a house and a farm and a garden, but even of some woodland! how can you call all this "less"? '
I had this comment the other day from someone called Rosa, and I thought I should maybe explain to some of my newer readers who perhaps are also mystified that a Blog with the sub-heading 'The Year of Less' seems to be written by someone who is about to be the owner of one house whilst renting another, who has two cars in the family and seems to have so much going on.
Well we used to have more!! 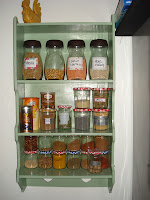 Not by design, or from any collection addiction, we just moved from a small town house to a huge farm house.   We had town cars when we needed country cars, we had going out clothes, work clothes and found we needed to buy clothes that were more suited to working with animals.  We had cupboards full of crockery, drawers full of cutlery.  Four bedrooms with furniture, beds and bedding to go on them.
We had so much and then the last two years hit us, hit us hard.  We each lost a parent and family became so much more important than things ever could be.  It made us re-evaluate who we were and what we wanted.
We decided we wanted to tread lightly on this planet, to be able to move us and our animals quickly and with as little fuss as possible.  We didn't want to leave a houseful of things to be sorted if the unthinkable should happen and we should be gone before our time.
We wanted to breathe .... and be. 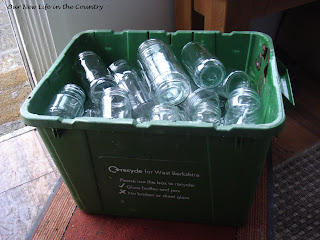 So this year we got ruthless, we started jettisoning everything that we didn't need.  Things we thought we loved we decided we could live without, and once some of these things go you realise how much more can actually follow, and follow they did. 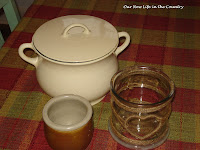 Things from the kitchen cupboards to suitcases under the bed, and then we sold the suitcases, well we though we might as well, we have nothing to store in them and as long as we have one for any potential holiday, that's all we need. 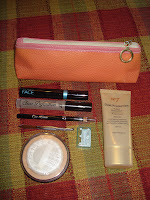 I pared back makeup to the barest minimum, all jewellery except sentimental items that get worn regularly has gone.  Broken chains and charms were sent off to a gold recycler and made me almost £120, which I have decided will pay for a weekend away for us just before we start with all the decorating of our new home. 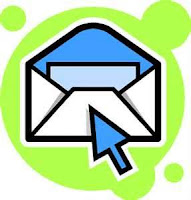 Even the emails I get, and I was getting a lot each day, have been pared down.  I unsubscribed myself from most of the daily notifications I used to get and now if I have to I can get away with 30 minutes on the computer each morning and know that I am up to date with important things .....  things that matter.
And that's the crux of it, we needed to find out the things that mattered and let go of those that didn't.
And we are almost there, during the course of my sorting this week I have decided there are enough things for me to do one more small car boot sale this weekend.  It is the final car boot of the year at our favourite location and although Lovely Hubby will be resting after having his eyes re-lasered tomorrow, I will be able to have one final stall.  I have two boxes full of things already sorted, with a value of around £50 and I've decided if I can get this figure up to nearly £100 it will be well worth me doing one.  It will round off our total figure for the years sales very nicely.
For this year up to now we have taken £927 at car boot sales. Money made from things that were in our house and are now being used (or sold on) by people that needed them more than us.  They may have really needed them or merely wanted them or simply saw them as a bargain.  We saw them as things that we no longer wanted, and there were other things that we needed more.
The money is being spent on things for our new home, all the bitty bits that are expensive to buy, but we wanted to buy most of them new, after all they will hopefully be lasting us for a long time, we do not change things for changes sake and have made choices together based on this idea.  We have new curtains, new towels, new bedding, it's going to be a fresh new start and it has been paid for with our old things.
So  ... 'The Year of Less'?
Yes it has been ... when we move this time there will be even less than when we moved last time, when I can finally show you pictures of our new home you will understand and hopefully approve.  It is a simple house that needs simple things, totally different from any of our previous homes, it is the home we will grow old in together, with our necessary belongings around us and nothing else to worry over.
There are still some things left to do during this Year of Less but there is no rush, the final few things that leave will leave naturally and in their own time.  We are happy and that sometimes comes from finding the space to breathe and the time to Be.
Sue xx
Posted by Sue at 17:06

Labels: The Year of Less