Imagination - Then and Now

Picture from The Optimism Revolution
I loved this picture, it brought back memories of playing make believe boats, shops, trains with my brother when we were both small.
Mum and Dad had saved their money, no mean feat in the 1960's with two small children to raise, and had the built in cupboards and drawers in the large alcove in our living/kitchen/dining room removed to replace them with something not a million miles away from .... 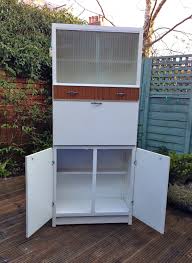 .... this.
Completely modern in its day and full of useful storage for the 1960's family  Although theirs was a more modern version and totally snazzy in red, black and white.  It must have been heaven for my Mum who struggled to cook and wash up in a teeny tiny room that can only be described as a square walk-in larder with a sink, gas fridge and gas cooker
Well anyway the best bit of this for me and my brother was that we were each given one of the lovely deep drawers that had been removed to use as toy boxes.  Unlike the children of today ALL our toys neatly fitted into these drawers and were slid out of the way under our beds, nice and tidy.
Well nice and tidy until we discovered that the best bit about having a toy box WAS the toy box. 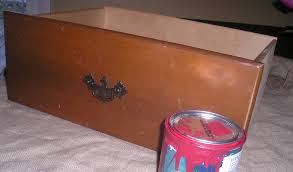 Picture from Google Images
Similar to ours but ours were more than twice as long.
All through school holidays we would tip the contents out push them rudely to one side, except for the teddies that were to accompany us on our journeys and adventures, and play in the boxes.  We used them as boats, trains, lorries, we turned them on their sides and used them as shop counters with my little plastic till and paper money coming into it's own, we begged Mum to stop her baking and be our customer, although usually by the time she came in armed with her purse to 'buy' from us the boxes had been turned into something completely different and there was no shop to be seen. 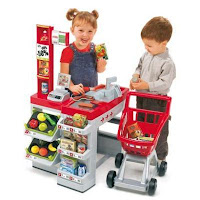 Picture from Google Images
I would have loved this - but would it convert to a pirate ship or a delivery lorry!!
Our imaginations ran wild, all because of two large drawers and I honestly think that has set me up for life.
When I see something, anything, I see alternatives, I see a million and one uses, a slight exaggeration but you know what I mean.  Reusing, re-purposing, re-planning it all takes imagination and I wonder slightly if with todays children being given everything ready made for them, in garish plastic usually, will they have the same imagination in the future, I really hope so, although in my heart of hearts I doubt it. 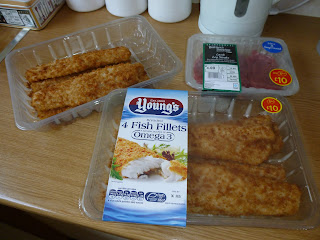 When I bought bargain fish fillets I saw that they came in seed trays, open freezing trays, trays that I could stand six plant pots on and catch the water that ran through.  Trays with so many uses that to throw them away or even pop them in the recycling would have been a crime. 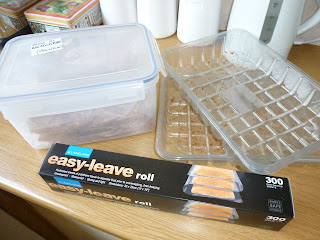 My fish was wrapped in 'easy-leave' so we can take out single portions or many depending on the need and stored my nice sturdy box in the freezer.  Leaving my new 'trays' to be rinsed and set aside until I need them.  They are currently in the freezer with blackcurrants on being open frozen.   We didn't even know we had a blackcurrant bush it was growing where the old little tumbledown shed used to stand - result, free fruit!!
I have to go now and unpack an Approved Foods order that has just arrived much to the delight of the little doggies who always get a treat when they are nice to delivery drivers .... and boy can they be nice to folk when they know there's a treat to be had!!
I wonder what I'll find in there that can be reused and re-purposed?  Perhaps I'll take some photos and show you tomorrow :-)
Sue xx
Posted by Sue at 10:35