A Joke from Mum 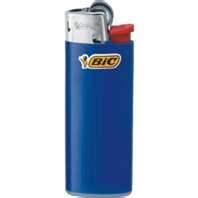 Paddy and Murphy were fishing on the Irish shoreline when Paddy pulls out a cigar.
Finding he had no matches he asked Murphy for a light.
'Ya, shure, I haff a lighter,' Murphy says, before reaching into his tackle box & pulling out a Bic lighter, 10 inches long!

'My God, man!' exclaimed Paddy, taking the huge Bic Lighter in his hands. 'Where'd yew git dat monster?'
'Well,' replies Murphy, 'I got it from my Genie.'
'You haff a fecking Genie?' Paddy asked.
'Ya, shure. He’s right here in my tackle Box,' says Murphy.
'Could I see him?'
Murphy opens his tackle box & sure enough, out pops the Genie.

Addressing the Genie, Paddy says: 'Hey dere! I'm a good pal of your master. Will you grant me one wish?'
'Yes, I will.' says the Genie.
So Paddy asks the Genie for a million bucks.
The Genie disappears back into the tackle box leaving Paddy sitting there waiting for his million bucks.
After a moment, the Irish sky darkens and is filled with the sound of a million ducks flying directly overhead.