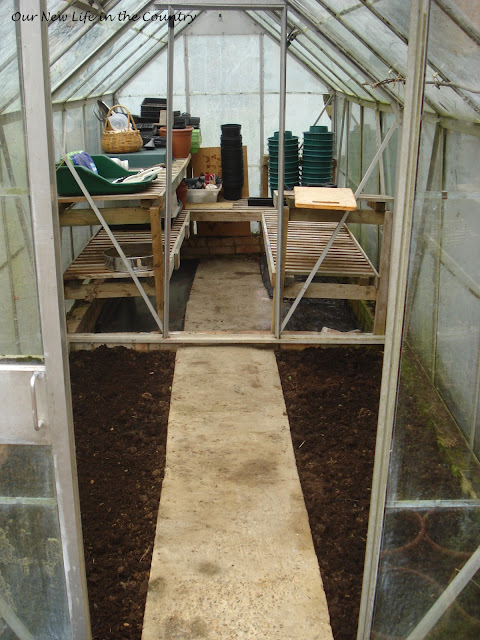 I don't know if I like greenhouses.
I know I don't like the one I have at the moment, it has holes that slugs and snails crawl through, it's glass had all shifted both on the roof and the sides so when it rained it actually rained inside, but not on the plants .... on everything that I didn't want to get wet.
It was cold and draughty and although the first flush of seedlings grew well every subsequent sowing I had to watch like a hawk as things ate them, I'm sure a message was passed around pest world that this ancient old greenhouse was back in action.  I even resorted to some slug pellets in the end, not something I enjoy using.
Well I've cleaned the inside of it now ready for it's Winter rest, I pushed all the loose panes of glass back into place, I had found some greenhouse glass clips amongst Dad's stash of goodies in his garage so I've been using them to do as many of the repairs as I could.  Now we just have to use some duct tape or something similar to have a marathon sticking session where the two halves of the greenhouse have shifted and the glass simply won't stay in it's groove.  Once that's all done and all the holes are also filled with tape to keep out the whistling gales I will wash down the outside and remove all the white sun shade stuff and then that's it for this year.
I don't like greenhouses ....... I'm a polytunnel girl.
But I'll give it another go next year. 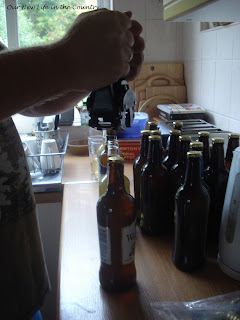 #
While I was clearing out the greenhouse and doing the running repairs,  Lovely Hubby had a rather nice little job for once.  It was too damp and miserable outdoors to continue painting the Man Shed so he came indoors and bottled some more of his Cider. 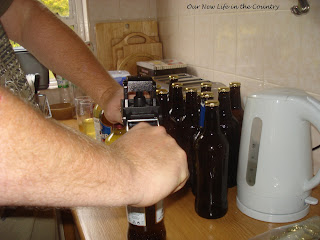 He has a nifty little gadget to put the tops on, I wondered how they would go on.  I had a go and it gave me the urge to bottle all sorts of things ..... I don't think bottled Berkshire air would sell well though do you?  Maybe I could say there was a Genie inside (Mum's joke is still in my head...lol). 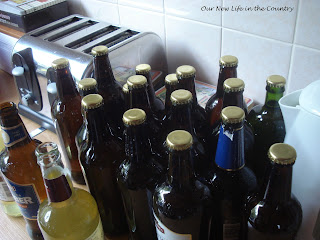 I don't know how long we have to wait to drink it, but it's looking very promising.
Now I'm off to list some more things on eBay, 10 more possessions less and more space in the house.  It's good this decluttering lark.  I can sell as much as I want as long as it's ....... 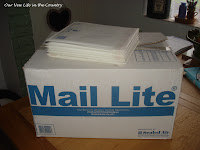 ﻿
... capable of fitting into one of these.  I found a whole box of padded envelopes and I'm determined to use as many as I can.  It's amazing what you can fit into them if you try!!
Sue xx