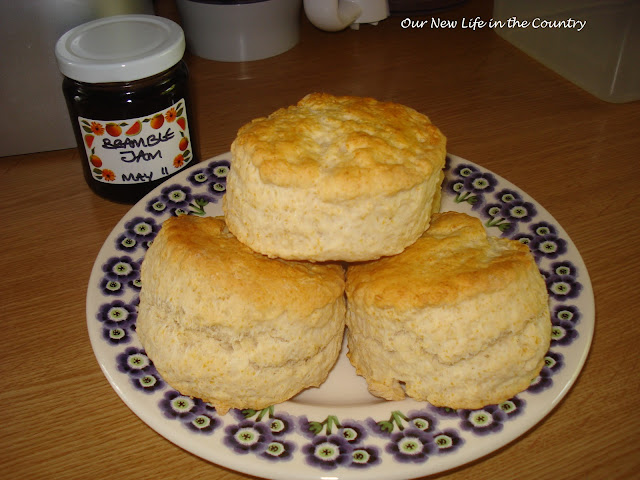 There's lots of us in Blog world on a mission to keep spending either at zero, low or at least lower than normal all through the month of October.   Although some of it is purely coincidental Froogs, over at her Blog Frugal Queen started the ball rolling magnificently with her Blog posts of the last couple of days and her 'Stoptober' post today.
I had already made plans to see if I could continue my 'No Spending in September Challenge', there are still plenty of foods in my cupboards and in fact my freezers are fuller than ever, but the contents have changed.  It's that time of year when every time I harvest somethng for tea I don't just pick a couple of things I pick the entire crop and blanch and freeze everything surplus to that days requirements.  We never know when that first hard frost will come, and with our weather being so erratic this year I'm taking no chances. 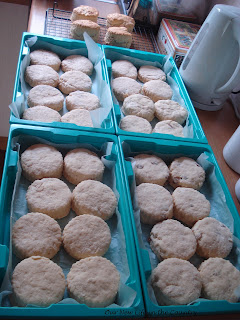 However yesterday's freezer filling task was a tad more enjoyable.  I decided to use up an entire bag of Approved Food scone mix.  Now I am no scone snob, a scone is a scone is a scone!!  As long as it is light and fluffy and tasty to boot it has my vote anyday.  If it's homemade, either completely or with a mix, fresh as fresh can be and with little additions of yumminess then it gets all my votes. 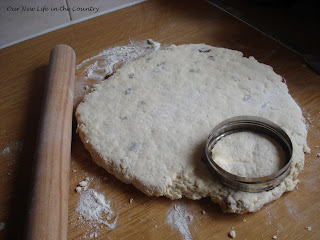 So for the morning the kitchen turned into' Scone Central' and a wonderful production line was put into place.  A wonderfully simple production line, weigh out 1kg of mix into my food mixer, add 2 teaspoons of baking powder (as the mix is past is sell by date it's usually the raising agent that needs a hand to keep your scones fluffy), add enough water to bring it all together and then choose the added ingredient.  Mix for the minimum time needed and then lightly roll out and cut.  Place scones into open trays ready for freezing and then repeat.
A tip worth noting - don't use flour for rolling out purposes, use some of the dry scone mix from the bag, then you do not interfere with the proportions of the mix. 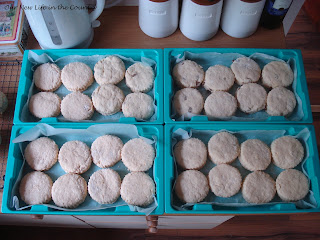 The first batch were left plain, the second had sultanas and cinnamon added, and the last batch had grated Parmesan style cheese and paprika.  With the oven already on cooking a Chicken Casserole for lunch some plain scones were popped in for a late morning snack and then the final batch of scones with Parmesan Cheese (and extra sprinkled on top) were added, these were to have with the Casserole in place of either dumplings or toast, which we would usually have. 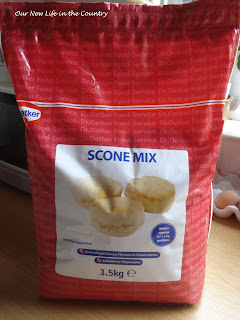 The mix I use.
3.5KG of mix cost me £2.99  (they currently have a different brand although the same weight for the same price...see HERE). Mine is much older and still tastes wonderful so don't be afraid of the dates!!
The pack says it makes 87 scones which would bring them out at a cost of 3p each, but I tend to make around 60 from each bag as we like them bigger and deeper, but that is still an unbelievable 5p each ... a total bargain.
(Edited in to add - in Tesco today a pack of 4 scones (smaller than mine) cost £1.49, that's 37p a scone, so by making these myself I have saved 32p for each scone or for the entire bag a massive saving of £19.20....not to be sneezed at!) 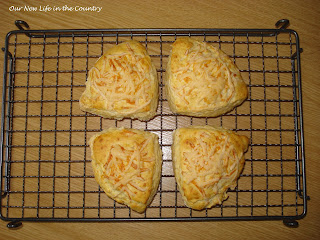 The final rolling out of the scone mix never makes me perfect round scones.   I always shape whatever dough is left into one large circle and then quarter it before cooking.  No wastage here at all.
I freeze the scones in the open freezing trays first and then as soon as they are firm I transfer them all into air tight boxes.  Now whenever we want a scone or two we can take out the exact number we want and then pop them into the oven, they take just a couple of minutes longer than usual to cook from frozen and each and every time you get a perfectly 'just made' scone.
And Lovely Hubby can treat himself  to a scone or two whenever he fancies while I am away on holiday next week. 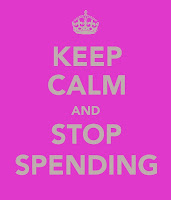 Althrough October I am going to be doing blog posts on saving money, keeping costs down and generally just NOT SPENDING.  I usually join in with money saving tips near to Christmas but this year I have decided that what better way to start saving money for your Christmas than by getting into the not spending habit three months early ... so I'm doing it now instead.
*** *** ***
My Not Spending in September went really well, up until the last couple of days I had only spent less than half my usual housekeeping money, then Approved Foods sent me an email saying they had something reduced that I decided was too good an offer to miss, so I splashed out £53 and lost some of my advantage, but I have lots in stock now to keep me going all through this month and beyond!
For more information see the 'Not Spending in September' page at the top of the Blog.
Sue xx