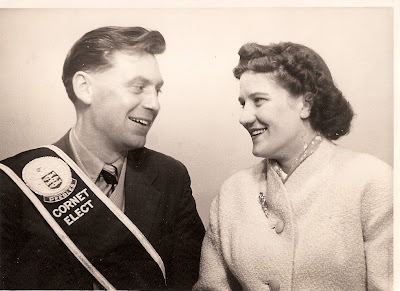 Andrew and Jessie fell in love many, many years ago and because of them I have my Lovely Hubby, Alan, their eldest child.  They went on to have two more children, next came Sandra and then Alison. Sadly Andrew died before I met Alan, so I never met the man that made Jessie so happy.  But he's alive when you're in her house, his photos are there, he's spoken of with love and pride, although the role of man of the house has passed to his son, Andrew's still head of the family in many ways.
Jessie's lived through many changes and trying times, nursing her husband and other relatives.  She's coped with Alan and his sisters all divorcing and getting new partners, but always she's been there for them taking things in her stride and helping them get through the rough times.  There's always fun and laughter in her house even after long and serious discussions. 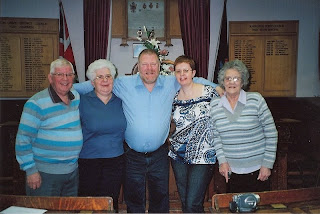 She was there when we got married, the photo above shows all the guests at our wedding, taken by the registrar.   The shock still evident on the faces of all our parents, they only found out we were getting married 45 minutes before this shot was taken.  If Andrew had been there no doubt he would have called us mad, impetuous fools, before raising a glass and wishing us well. 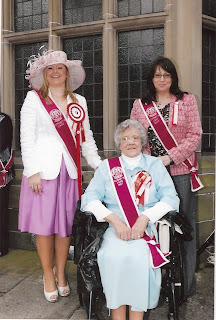 I've never really had a mother in law before, my first husband's mum died only months after we got married, so there was never time to really get to know each other properly.  I sometimes feel that I've still not got a mother in law, Jessie is just 'Mum'. 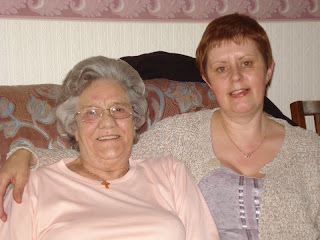 A very special lady who came into my life relatively recently thanks to Alan, but who feels like she's been there for much longer.   She's a strong woman who's raised her family well, who is always there for them, who leads by example and who loves life to the full and lives it well.  Fiercely independent, proud and stubborn.  She would put anyone she loves before herself and she always sees the best in people until they let her down.  We're alike in so many ways, but then that's to be expected, we both love Alan and he loves us right back. 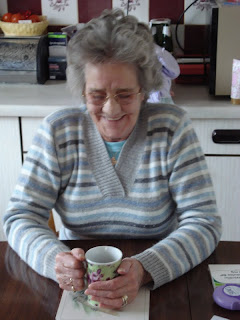 It's easy to be proud of your children, but sometimes as grown up children ourselves we should take the time to step back and say how proud we are of our parents.  Alan and me are very proud of Jessie , of her resilience and of all the things I've already mentioned here.  I hope she knows this. 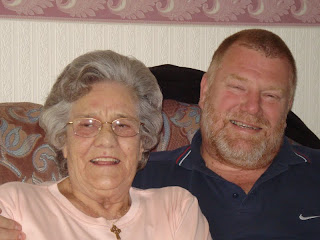 We're family....... and sometimes that's all that matters!

Jessie Hall, I love you lots, thank you for being the woman you are and thank you for giving me the love of my life.  I will care for him always and love him forever.

I love you, perhaps more than I've ever told you.......but I think you've guessed that !