Review of the Year - Part One 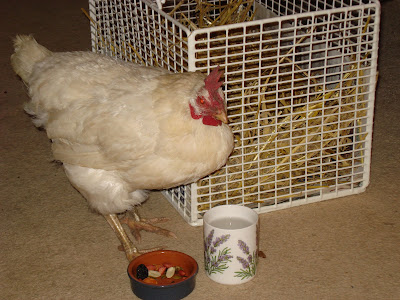 And here we are...almost at the end of our second year on the farm. It has been a year of expanding, and developing, of moving forward and best of all.....getting more new animals.
~
January (the top picture), nearly got off to a sad start with Molly the White Star being found by me frozen in her nesting box. With an absolutely blue comb and rigid feet, she truly was a 'frozen chicken' and not the sort the supermarkets sell all neatly trussed. With a lot of TLC and a few days in the house, she was soon back to health, and when she started stealing the dogs dinners and chasing the cats we knew she was well enough to re-join the flock.
~ 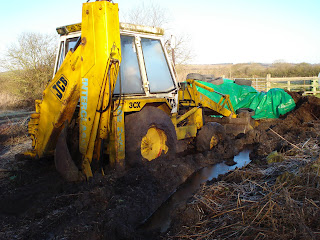 February saw us up to our knees in mud, and the trusty JCB that towed all the other stuck vehicles clear of mud was itself finally swallowed in the yucky brown stuff.
~ 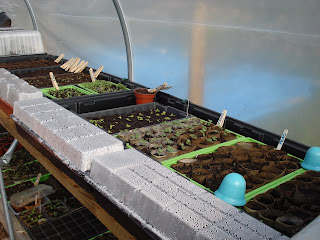 March saw the polytunnel really earning its' keep with the beds groaning under the weight of pots and seed trays all holding our veggies for the coming year. We had an amazing 99.9% germination rate and things literally grew inches overnight.
~ 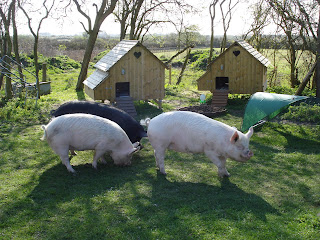 April saw us moving the big pigs back from their Winter quarters in the barn. What we thought was going to be an easy walk back turned into a three hour piggy tour of the farm. With the pigs putting their heads in chicken houses for a nosy, touring the ponds a couple of times and generally doing exactly what they wanted while we followed with wry grins on our faces, and even at one point retiring to the patio for a glass of cider to watch the goings on from a comfy seat.
~ 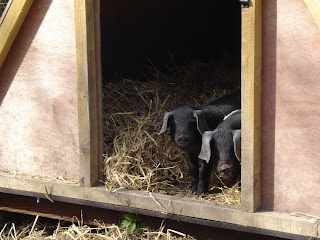 April also saw the arrival onto the farm of two little girls who won our hearts, Lulu and Lottie. Shown here in a picture so reminiscent of this morning when Lotties' piglets peeped out to greet us.
~ 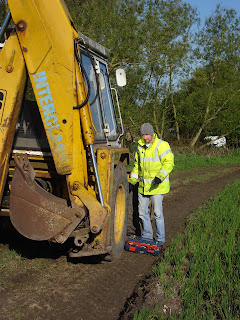 May saw my eldest son, Simons visit to the farm, he mucked in helping with strimming, wood cutting and fixing the JCB when it ground to a standstill and generally doing all those jobs that a genius with motors thinks so easy and the rest of us (me) just sulk at.
~ 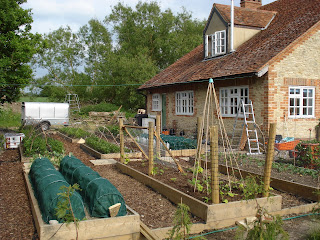 May also saw all the raised beds in full production, with potatoes, peas, beans, kale, spinach and lots of other veggies growing well, protected from the chickens with mesh and tunnels.
~ 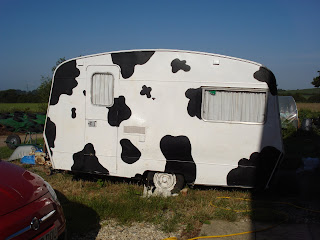 June, the halfway point of the year was celebrated with the arrival of the 'Cow-avan', surely the
most original pig feed store in Oxfordshire.
~
Back tomorrow with the second half of the year.
~
Sue xx
Posted by Sue at 06:35