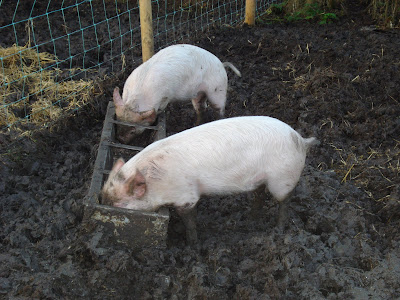 Maud and Martha
~
This time last year Maud and Martha were cute little piggies just able to reach into their troughs comfortably, now they both weigh around 27 stone and throw the troughs around like they were paper aeroplanes!
~ 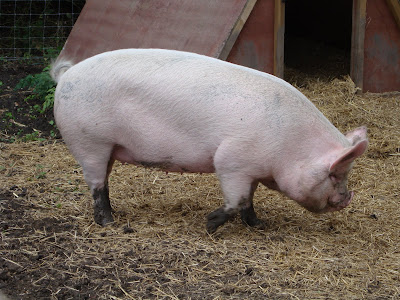 Martha ~
All the pigs are doing well at the moment, we currently have ten, eight girls and two boys, lots of babies are due around Christmas time, so soon, hopefully, that number will massively go up!!
~
The first babies due on the farm are the chicks....due next week, if all has been going well with the incubator, I'm going to 'candle' the eggs later and see how many are viable.
~
Have a good day, and I hope it's a bit warmer where you are than it is here. When we woke to to no frost we expected it to be warmer, but the wind is icy. I had the ear flap down on my hat for the doggie walk this morning!!
~
Sue xx
Posted by Sue at 08:59