The Fleet....for the Birthday Boy! 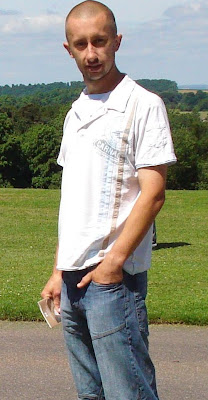 My eldest son, Simon, is 29 today, Happy Birthday Son.
To celebrate this special day, a post in his honour. From being a little boy he has always been fascinated by cars, vans, trucks, you name it if it had wheels he had to find out all about it, how it worked, where it came from and how it as made. Now 29 years old and all grown up he drives HGVs for a living and is usually whizzing up and down the motorway carrying huge loads.
He can turn his hand to driving anything, He spent four years in the army, serving in Kosovo and Iraq driving army trucks and tank transporters, so to say his life has been dominated by things on wheels would be an understatement. He has made me immensely proud over the years with the things he has done and his achievements. So in his honour a post about our vehicles! 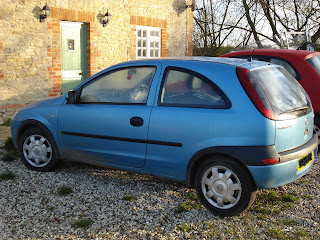 My car - a little Vauxhall Corsa, bought almost new, just after my divorce, a symbol of my independence! 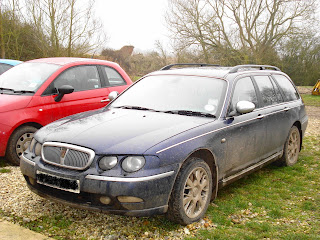 Lovely Hubby's car, a Rover 75 estate, he bought this just as we met as he had previously owned another one exactly the same and crashed it! A good solid car that has 180,000 miles on the clock in just 5 years, it carried us up and down the road weekly when we both lived in Cumbria but worked in Reading! 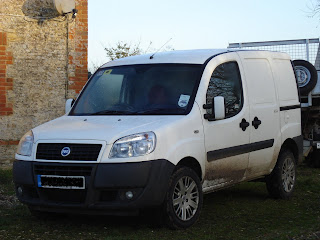 Our van - a Fiat Doblo, bought when we had a building company. She proved her weight in gold for carrying farm stuff and towing the trailers when we first got them. Also used for Farmers Markets and car boot sales in summer. 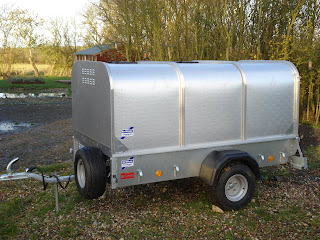 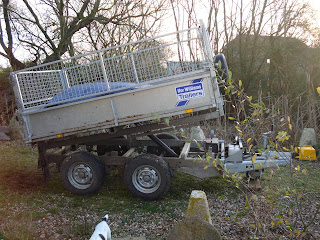 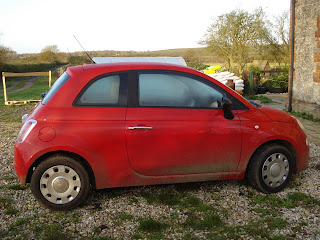 Our new little Fiat 500, LH now uses this to go to and from work. A lovely nippy little car with brilliant safety features and just enough room for us and the dogs. 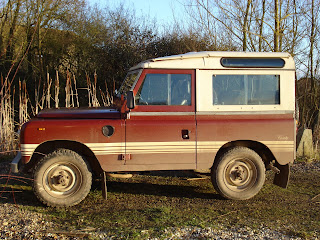 Our latest aquisition, a Landrover, this has been a necessity for pulling the large trailer in all the mud of winter, and proved herself invaluable in all the snow just recently, it was our only way off the farm! 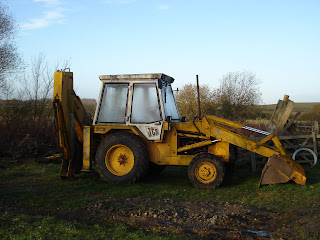 Not officially ours, but on permanent loan to us while we have the farm. This is LH's favourite boy toy, used for pulling out stuck vehicles, putting in fence posts, moving piles of poo, carrying heavy loads around the farm, levelling the ground and generally flattening anything that gets in its way 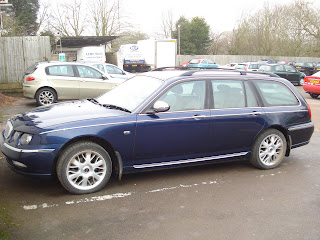 And just to prove that occasionally we wash our vehicles, LH's beauty all cleaned up and polished and ready for sale.
Next Friday our new (to us), tractor is being delivered so LH will have another four wheeled thing to play with, no doubt it will have lots of pictures taken of it!
Happy Birthday Son.