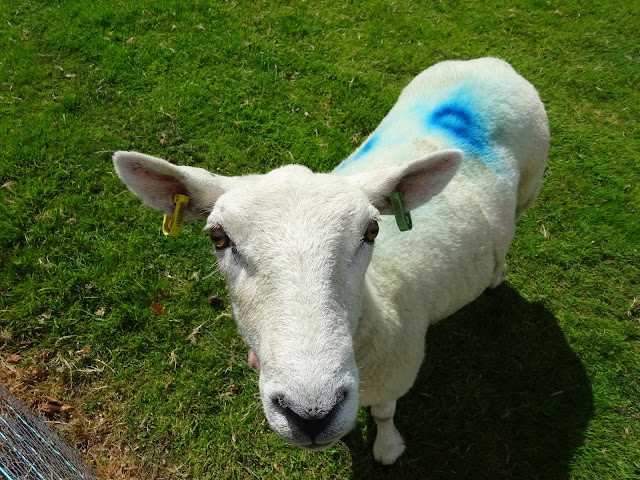 We've had three of Will's ewes and their twin lambs (nine sheep) in our fields for months now, moving them from one field to the other alternately as the grass has needed time to recover.  Yesterday it was that awful day when the lambs were taken from their Mums, they were gently separated and before the ewes had even realised what had happened were driven away in the back of Will's van.

At first the ewes mooched about, ate a bit of grass and wandered around, then they realised that something was really amiss and started to get upset.  They ran from one end of the paddock to the other looking through the fences thinking that their lambs could not be far away.

As a trio they checked under and around bushes, behind the manure heap, they looked in places no large lamb would ever fit, in much the same way that we search in ridiculous places when we have mislaid something.

When I went into the paddock with the dogs for our evening perambulation they came running over baa'ing at me as though asking me if had I seen their babies, or noticed anything untoward.  I petted them all on the head, something I can only usually do to one of them, the other two younger ewes being much more wary of anyone.  I apologised for the way of the world and the loss of their youngsters and I walked the dogs around the field as is our usual way. 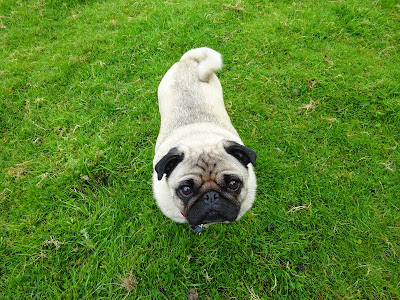 They followed for a few moments, paying even more attention to Suky than they usually do .... she is after all small and almost sheep coloured.  But they soon lost interest and went away mournfully chewing on the wet grass with the occasional glance in our direction. 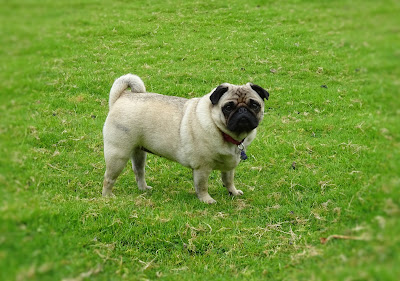 Most definitely a Pug.

This morning however it was a different story, they had decided that Suky would do in the absence of their boisterous lambs and as soon as we stepped into the field they charged over like a pack of maternal maniacs focusing in on Suky who ran as fast as her little legs would carry her to the other end of the paddock.  The sheep followed and soon Suky was cowering while all three ewes gave her a very detailed once over before deciding that no, she wasn't going to drink their milk and they might just as well go back to eating grass and leave this very confused little sheep coloured animal alone.

We'll be back over there later, I think I'll take them a slice of bread each, it's a poor consolation for the loss of your babies, but at least they'll realise that someone cares ... and maybe they'll leave poor Suky in peace.