Aga On, Aga Off 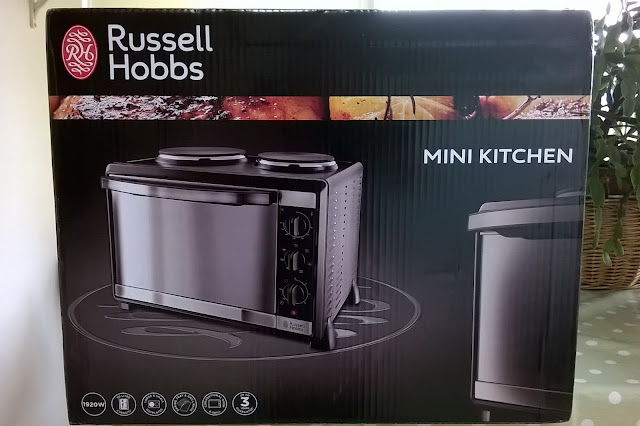 The Aga has been switched off for the last month or so because the heat of the mini heatwave we had plus the Aga being on in a very well insulated house was simply too much to bear.  This year I decided to treat us to one of these mini ovens to use while the Aga was off as we cook most things from scratch and the Remoska simply wasn't enough, even with all it's back up friends.

This was an absolute bargain and will no doubt be in use every year if and when the temperature means the Aga can have a holiday. In fact this was cheaper than most of my other gadgets ... 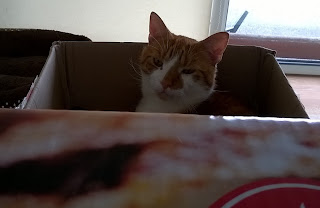 ...and Ginger got to claim the box as his own until it went on the bonfire last weekend. 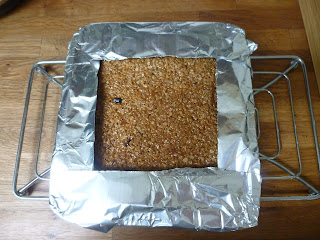 I've used it for all kinds of cooking, both in the oven and on the hotplates, although I do have to remember to adjust the temperature control and read the back of packs of things that we have bought that need warming up, something I'm really not used to doing.  My flapjacks were cooking much too quickly round the edges thanks to me not remembering to adjust the temperature, so remedial action was called for.  The only downside to it that I can think of is that you cannot use the hotplates and the oven at the same time.

Now though, typically, the temperatures have plummeted and yesterday I caved in and switched the Aga back on to warm the house up.  I'd rather have the Aga back on than the central heating as it does so many more jobs other than just heating the house.

So my task today is to declutter one of the kitchen cupboards enough so that this mini oven can sit happily behind closed doors until it is called into action again ... hopefully sooner rather than later.