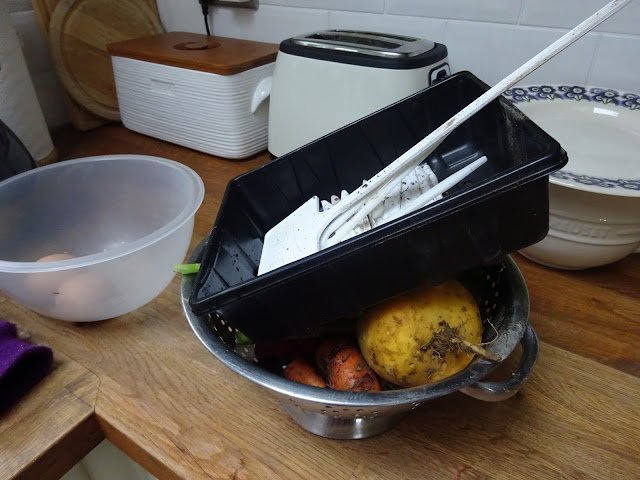 This mornings harvest from the polytunnel was slightly different, yes I got the usual colander of vegetables to add to the bits and bobs that are lurking in the veggie drawer of the fridge, ready to make a big pot of soup for the weekday lunches.  But this time I also came back with a tray full of used plant labels. 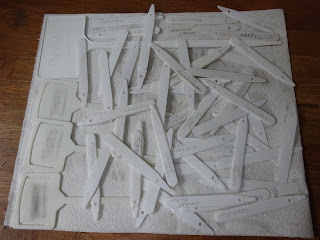 All year when I pick the last of something or chuck a tray of something that has died or not taken well into the compost bin, I retrieve the plastic labels, of which I have rather a lot .... thanks Dad.  I don't bother to wash them there and then but I save them up, and now is the time to give them all a wash, attack them with a pencil rubber and have them fresh and ready for re-use in the polytunnel.  It might only save a pound or two each year but it's these little things that add up. 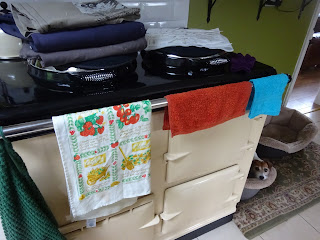 They are drying on the Aga at the moment, along with the tea towel and facecloths that managed to stay on the washing line. 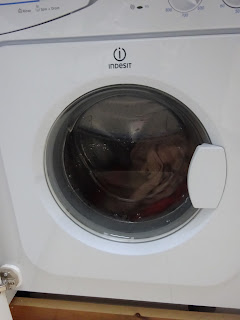 ... the rest of the towels that were also out on the line in warm wind we have here today are back in the washing machine.   The strong gusts that have been coming every now and then were two much even for my storm pegs.  Luckily I was in the kitchen prepping the vegetables for the soup and nipped out to throw the trimmings to the chickens just a few minutes after pegging out the towels.  I did an almost comedy double take at the virtually empty washing line.  The towels were lying resplendent in the mud just outside Chicken World with pegs scattered all around.