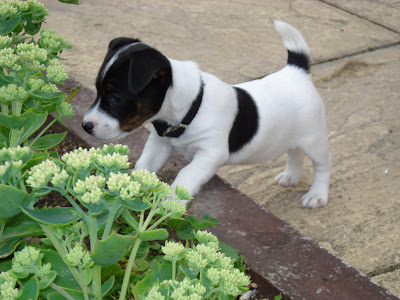 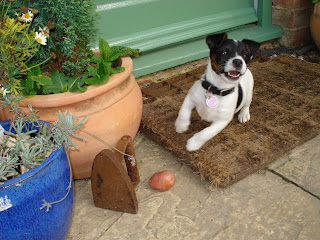 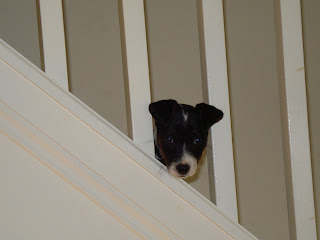 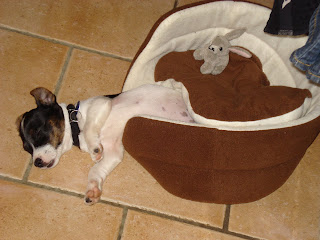 ...and at the end of the day, you can use your mattress as a duvet and go to sleep. 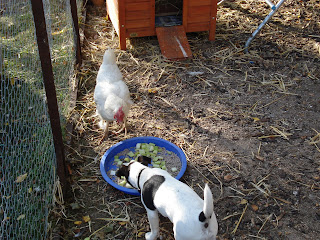 September 2009 There's lots of yummy food to be had, and when you've eaten your own you can share with a chicken.... 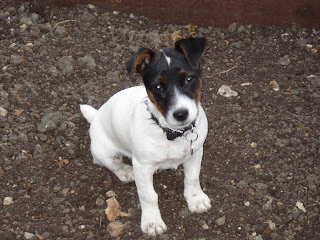 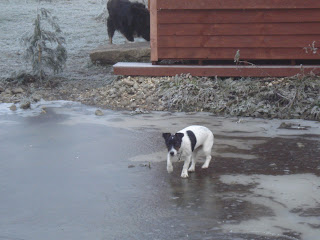 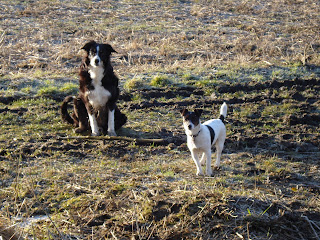 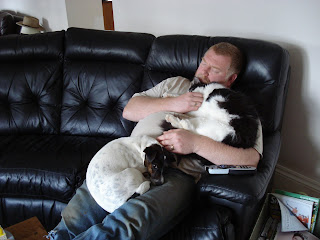 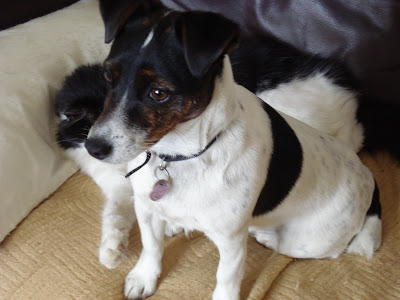 May 2010 But best of all you can be a lovely little, exasperating dog that lives a magical life here on the farm, who fits in so well with all the other mad animals, and joins in with every job that's going on. The one that guards the chickens ferociously, since the nasty fox ate some of her friends.
#
The one that, when no-one's looking (and sometimes when we are), licks the plates clean, scrounges for the tastiest titbits and when all else fails rolls over on her back waves her legs in the air and grins at you.
#
Sometimes life's just Rosy!!
#
Sue xx
Posted by Sue at 09:44