Littlest Piggies on the Farm 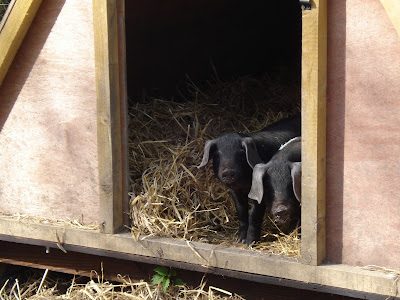 The littlest, cutest little piggies on the farm. (Shhh....don't tell the others I said that!) 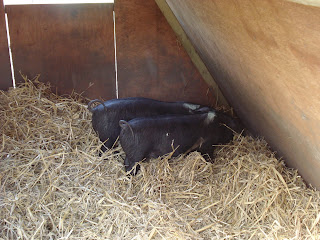 We picked them up on Saturday and by teatime they were busy exploring their pig ark. 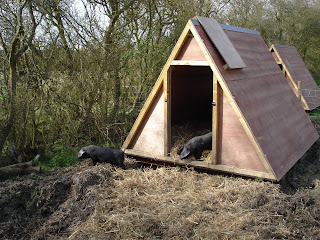 Looking around for their brothers and sisters, but happy to be together. 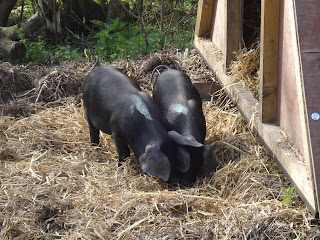 Never straying more than a couple of feet from each other they gave the whole of their enclosure the once over before settling down to a snack of pig nuts. 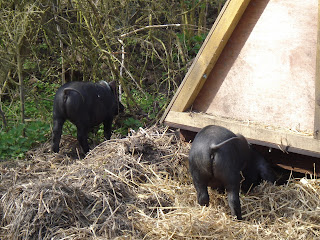 After checking everything out and marvelling at the barking Jack Russell that is smaller than they are, they settled down for a little snooze in the sunshine. The most laid back little piggies I have ever met (I think they get that from their Mum, Cilla.) 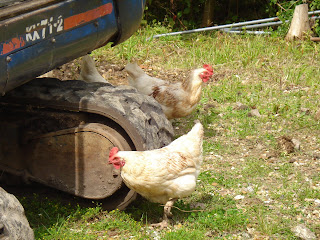 On a sadder note Latte, one of our original girls died during the night. We expected it from yesterday afternoon. We have noticed a real pattern now when a chicken is going to die in it's sleep. They take themselves away after a meal and a drink, for an afternoons solitude, then at bedtime the others huddle around her, as if saying goodbyes. It's sad but a nice peaceful end to a happy life.
RIP Latte, you were a lovely lady and a fun chicken to know.
Sue xx
Posted by Sue at 08:05