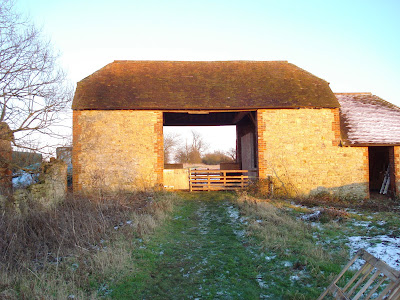 The barn - bathed in the early evening sunshine, obviously the warmest place on the farm as all the snow has melted here, and only here!!
Today was moving day for the pigs and boy were we a bit apprehensive about it, but what happens when you dread something....it goes like clockwork (well sometimes). We first thought about moving the pigs in the trailer as the barn is on the other side of the pond and the pigs would have to pass by two planted fields to get to their new home, major temptation for hungry piggies! But then we decided we would chance it and see just how well we had 'bucket trained' them. 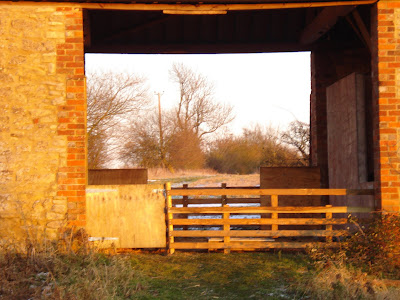 Basically if you have a bright bucket (in our case orange ones) and the pigs see it and hear the same noise everytime they are fed, we shake the buckets and shout the words 'trough trough' (because that is where we are usually leading them to), they will 'follow the bucket' wherever you go. 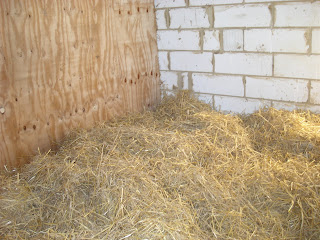 The main bedroom.
So we set off armed with the usual bright orange piggy feeding buckets calling the obligatory 'trough, trough' and they followed. Followed us through their main field gate, past the sheds and raised beds, past the house and round the cars, on the pathway between the two ponds and when they saw the barn up ahead, they broke into a trot and overtook me and Lovely Hubby and went and made themselves right at home!!
Panic over pigs rehomed...phew! 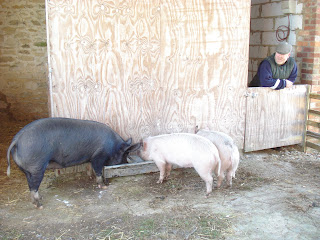 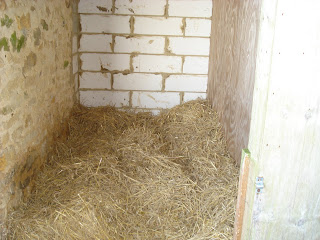 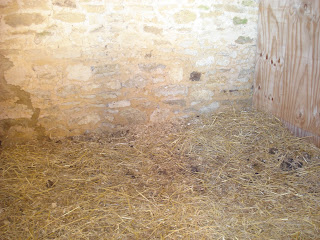 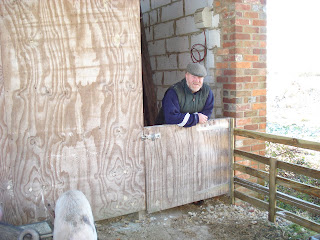 Happy Hubby after a move that went like clockwork!
The rest of the animals are still enjoying the snow and ice. 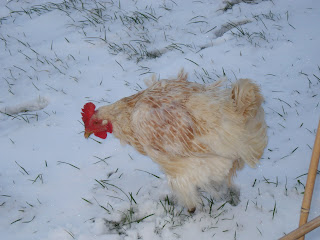 Latte in the snow. 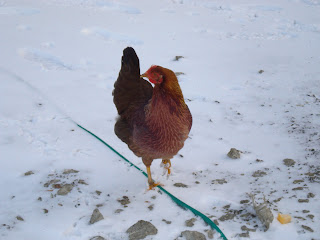 Fudge looking to see if the others are following. 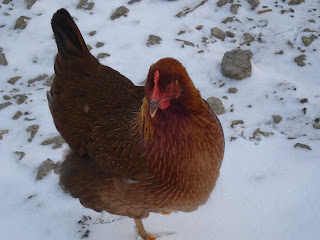 The beautiful Nutmeg posing in the snow. 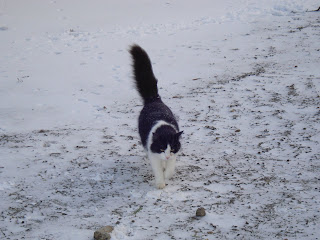 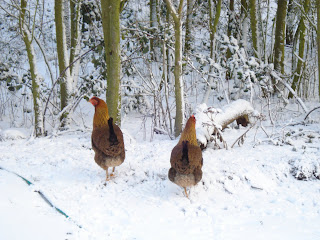 Bourneville and Coco head back to the woods.

We are living in an ice world at the moment, but even this extreme cold is better for us and the animals than the wet and miserable weather we have had until recently. The temperature yesterday was -9 degrees, it is slightly warmer today -6 degrees at the moment, but we can wrap up and feed the animals warm foods and make sure their water isn't frozen for too long. The chickens have lots of layers of paper on the floor in their house to act as insulation and plenty of straw in the nesting boxes, and now that the pigs are in residence in the barn they will be much more comfortable.

We are off to Peebles in Scotland tomorrow to help the lovely Jessie celebrate her 80th birthday, leaving the farm in the very capable hands of our prodigal son, who has returned from university in the nick of time. His wellies have been dusted off and put to good use already and once again we have an extra farm hand to lighten the load for Christmas.