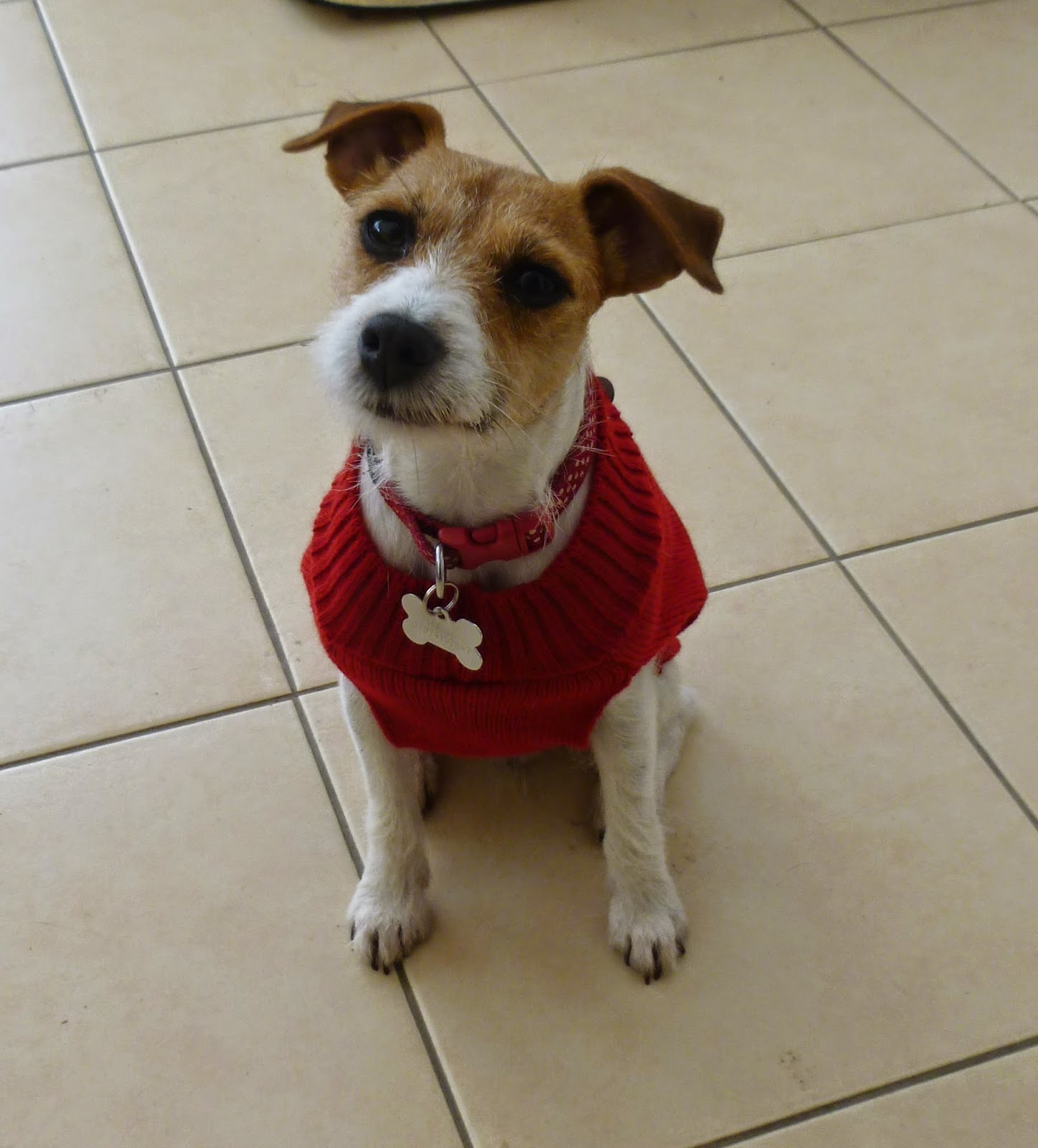 Here's Mavis modelling the latest in woolly pullies for pooches.

Shhhh.... don't tell her but next Tuesday she's off to the vets for a little op.  We are getting her spayed, as we get all our dogs and cats done, it's the sensible way forward for all pets in my opinion. No unwanted litters of puppies or kittens to find homes for, and even more importantly better health for them in their later years.

Mavis was due to get spayed way back in April of this year just after she went missing, but now she's back and almost back to full health and her natural weight, it's time to carry on as though she's never been away. 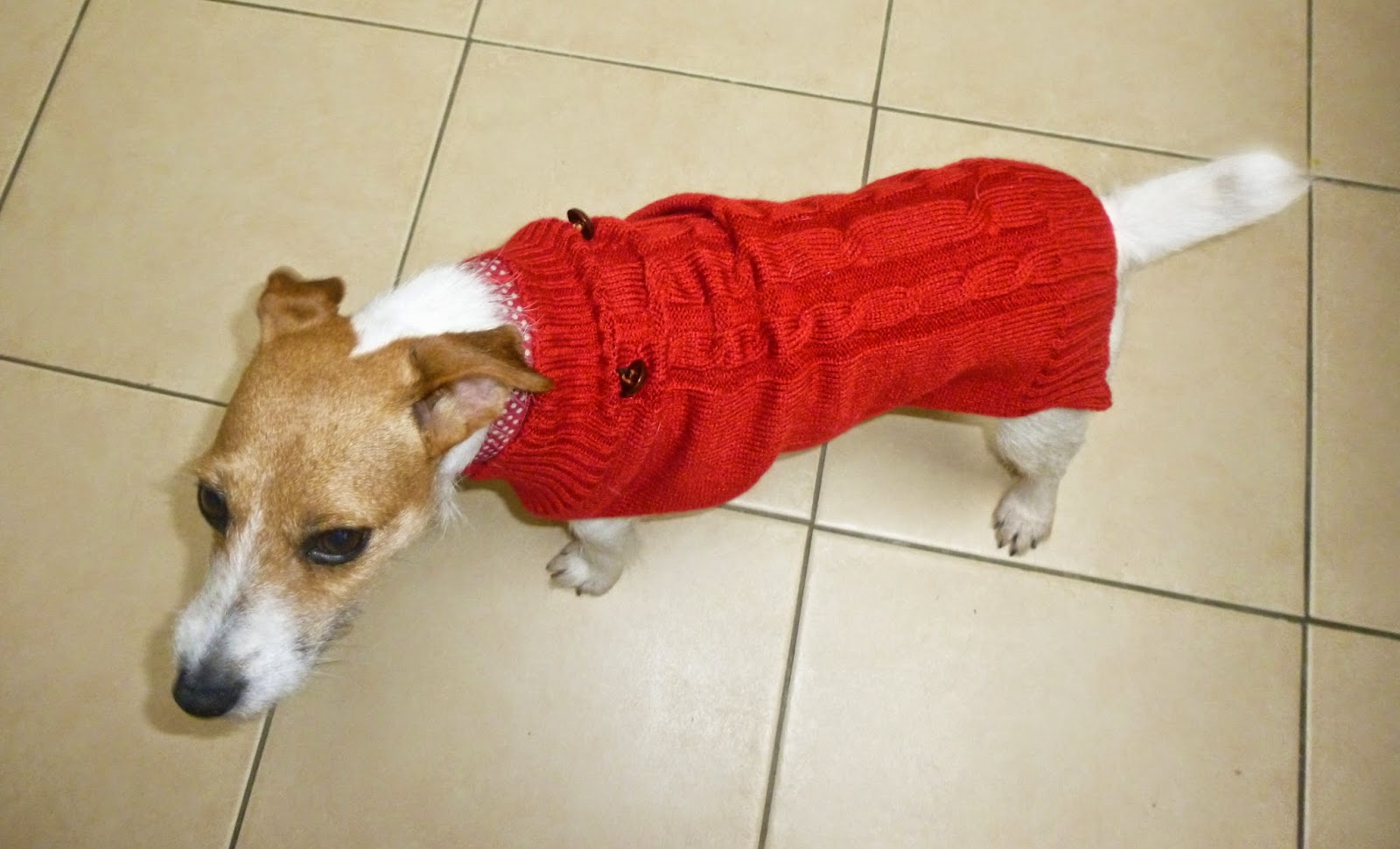 As I don't like dogs coming home from the vets with 'buckets' on their heads, Rosy was SO terrified and wouldn't sleep until it was removed,  I now always buy them a little t shirt to cover their wound and stop them pulling out the stitches, in Mavis' case with it being almost Winter and her being such a Skinny Minnie I decided on a jumper.

I think she looks very fetching in it and she modeled it and took to wearing it very well. 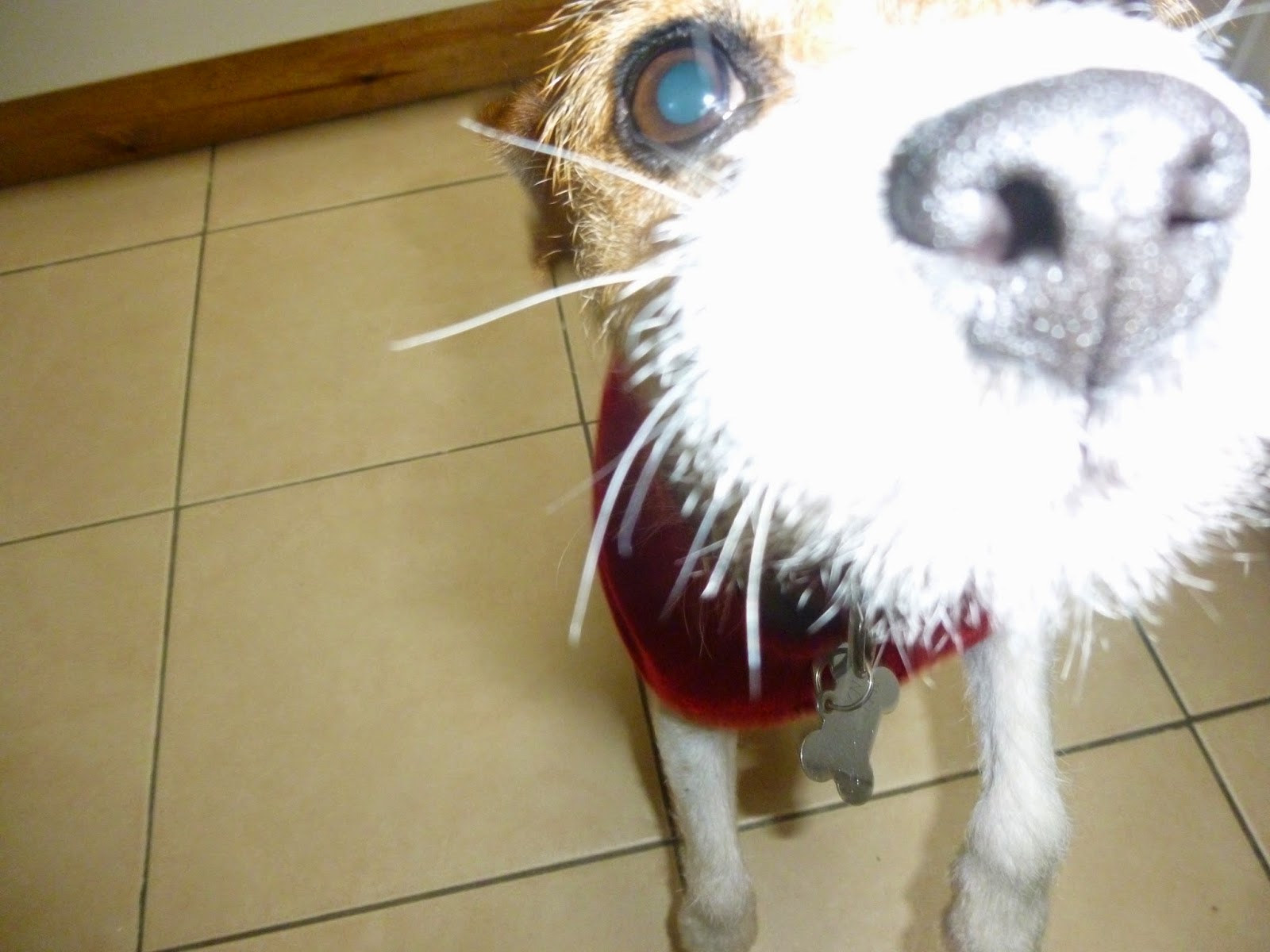 Although she wasn't too pleased at having to pose for the pictures!!

And the dirty doggies bit of the title of this post ..... well the final hole was dug yesterday while I was away for the day at Mum's, and the soil removed from the hole was heaped up on the path next to it.  So after always making the dogs walk on the path to the back door rather than the grass which gave them wet feet, we are now having to reverse it and try to make them walk on the grass rather than the path as their way is blocked by a mini muddy mountain and they will insist on climbing over it!!

Yes we do use towels on the floors to catch as much of the mess as we can, we can't use newspapers as a certain little puppy girl would shred it all over the place.  Mopping is the way forward and after watching Obsessive Compulsive Cleaners on TV last night .... I think I may be joining them  ;-)