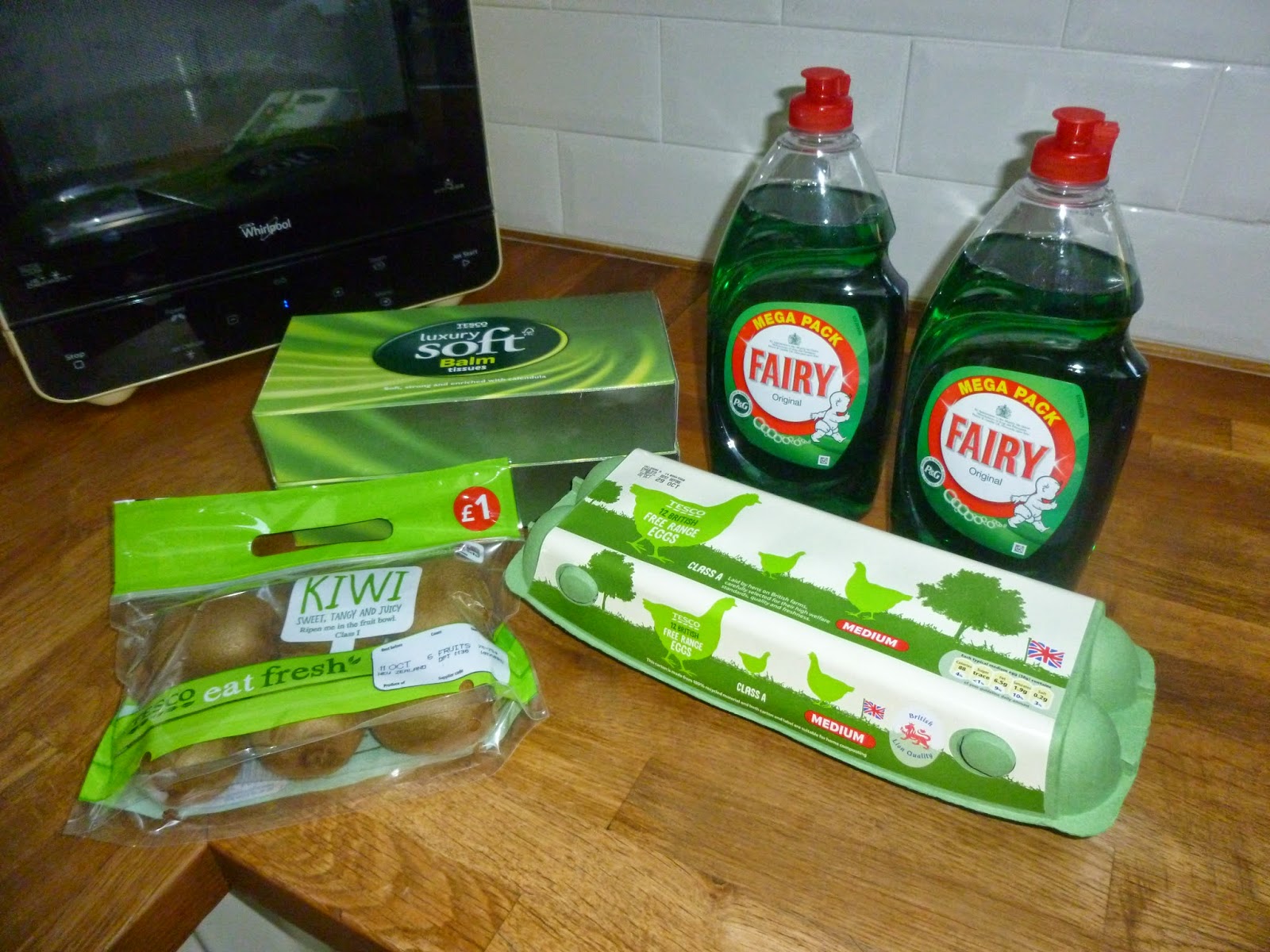 I put ten pounds into my purse on the first day of Stoptober and managed to spend none of it, so come last Wednesday when I added another crisp ten pound note I had a total of twenty pounds.  However, I couldn't go another week without spending anything and I had to shop for the above, well I didn't have to have the Kiwis, but they were such good value I couldn't resist. 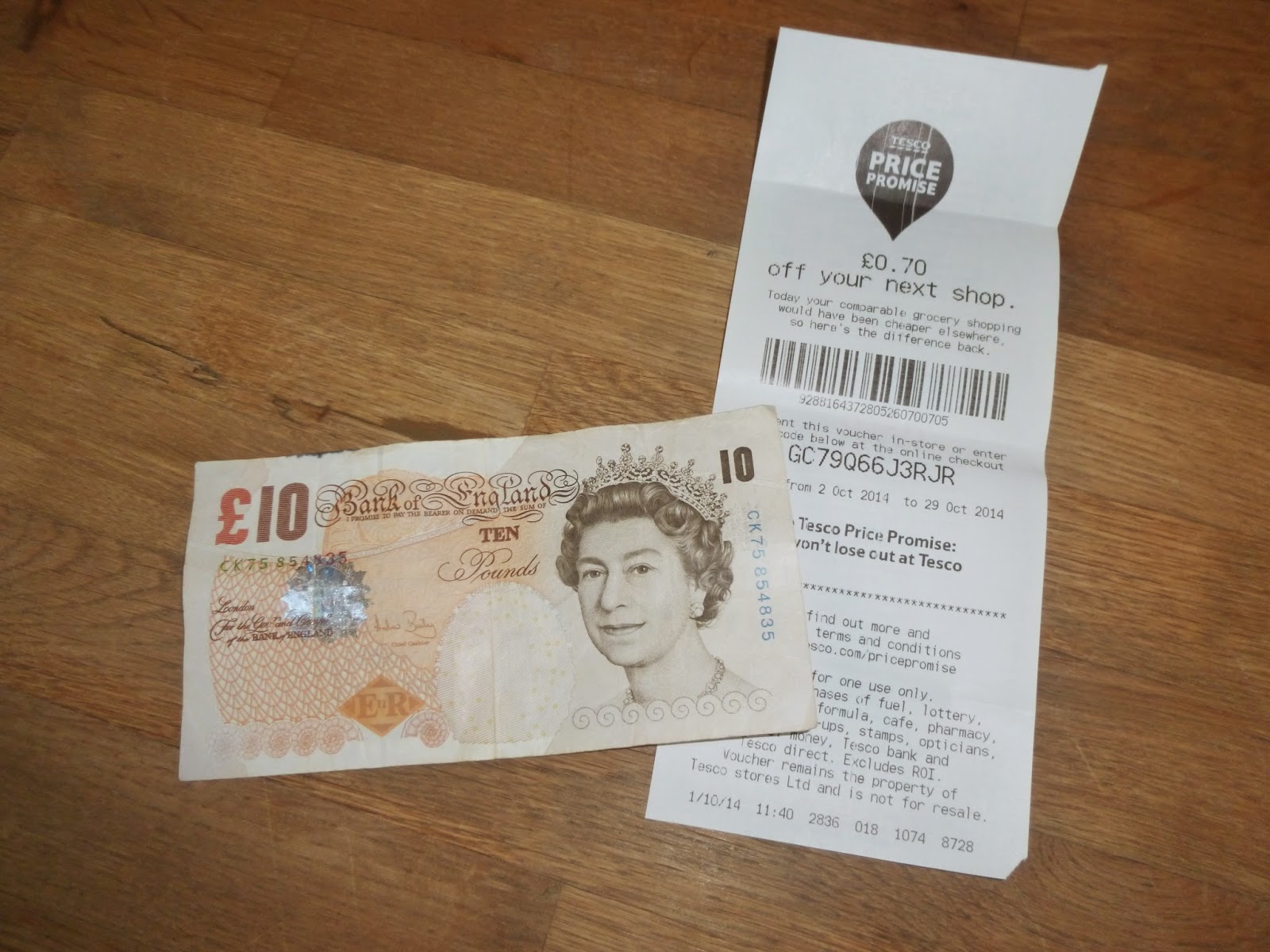 I went out armed with the first ten pound note and a 70p off voucher.  Which came in really handy as it meant all the above came to just eight pounds exactly.  (Don't you always think it's weird when that happens ... or is it just me?) 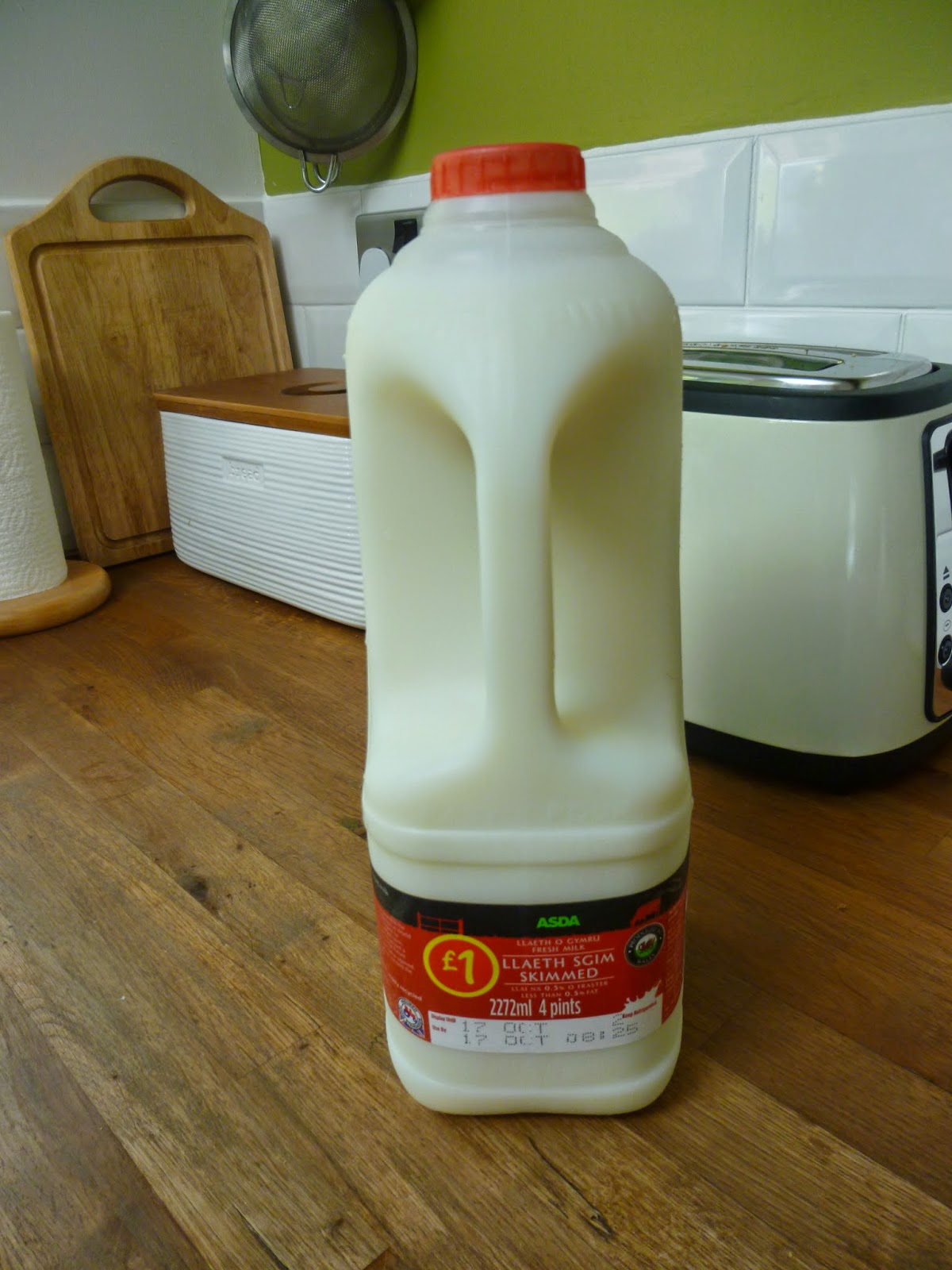 Well that left enough for a bottle of milk at just £1 the next day, so Lovely Hubby could have milk in his tea and on his cereal, and if the truth be known he's a bit of a swigger from the bottle.  Which is no problem really as I don't have milk in anything now,  I do stop him if we have guests coming!!

The eagle eyed amongst you will have spotted something unusual in my shopping and I hear you asking ..... why the eggs?   Surely Sue and Lovely Hubby have a flock of chickens .... yes we do but it would appear they have decided to be ornamental pets birds for a while, although they are the scruffiest ornamental pet birds you would ever have the misfortune of meeting.

It's moult time here on the hillside, and across the road as it happens, we bumped into our neighbours from the campsite while we were out the other day and yes, they too have had to go out and buy some eggs, their birds have decided to go on strike too.

You may have noticed that I've even changed the header picture of the Blog, as seeing that row of bl**dy eggs there was just infuriating when we've not had any of our own to eat for a couple of weeks now!!

Anyway at almost the end of the second week of Stoptober I now have £11 pounds in my purse and there will be another £10 added to it on Wednesday, not that I think I will need much, except maybe some more milk ... it would seem a lot of swigging went on this weekend ;-)