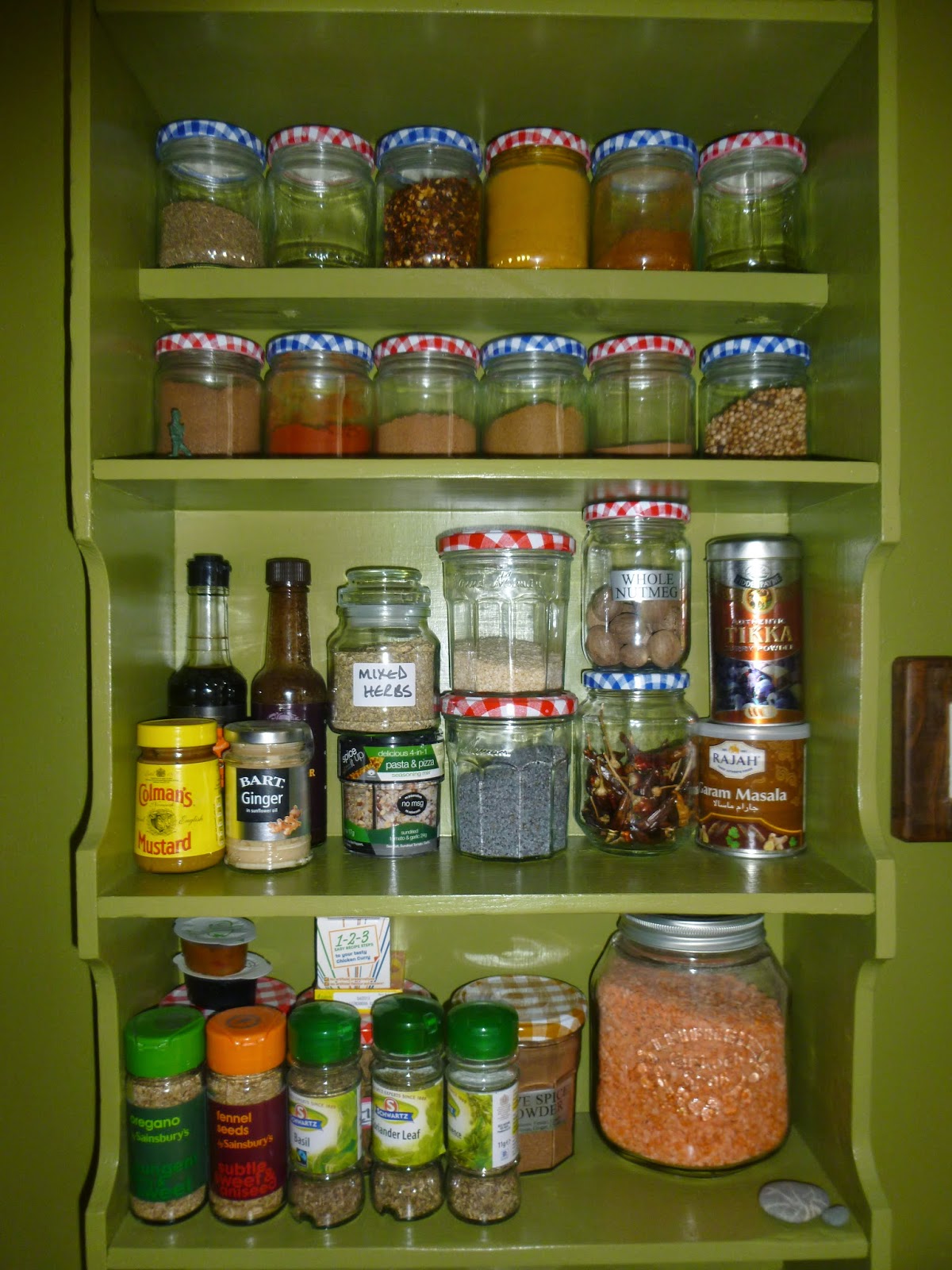 Throwing food away is something I do not do lightly, especially during Stoptober, but the other morning while drinking my first cup of coffee of the day, the spice shelves caught my eye.  We've lived in this house for almost a year now and in that time I realised that some of the spices on the shelves had not been touched ... at all !!

Time for a sort though I thought to myself. 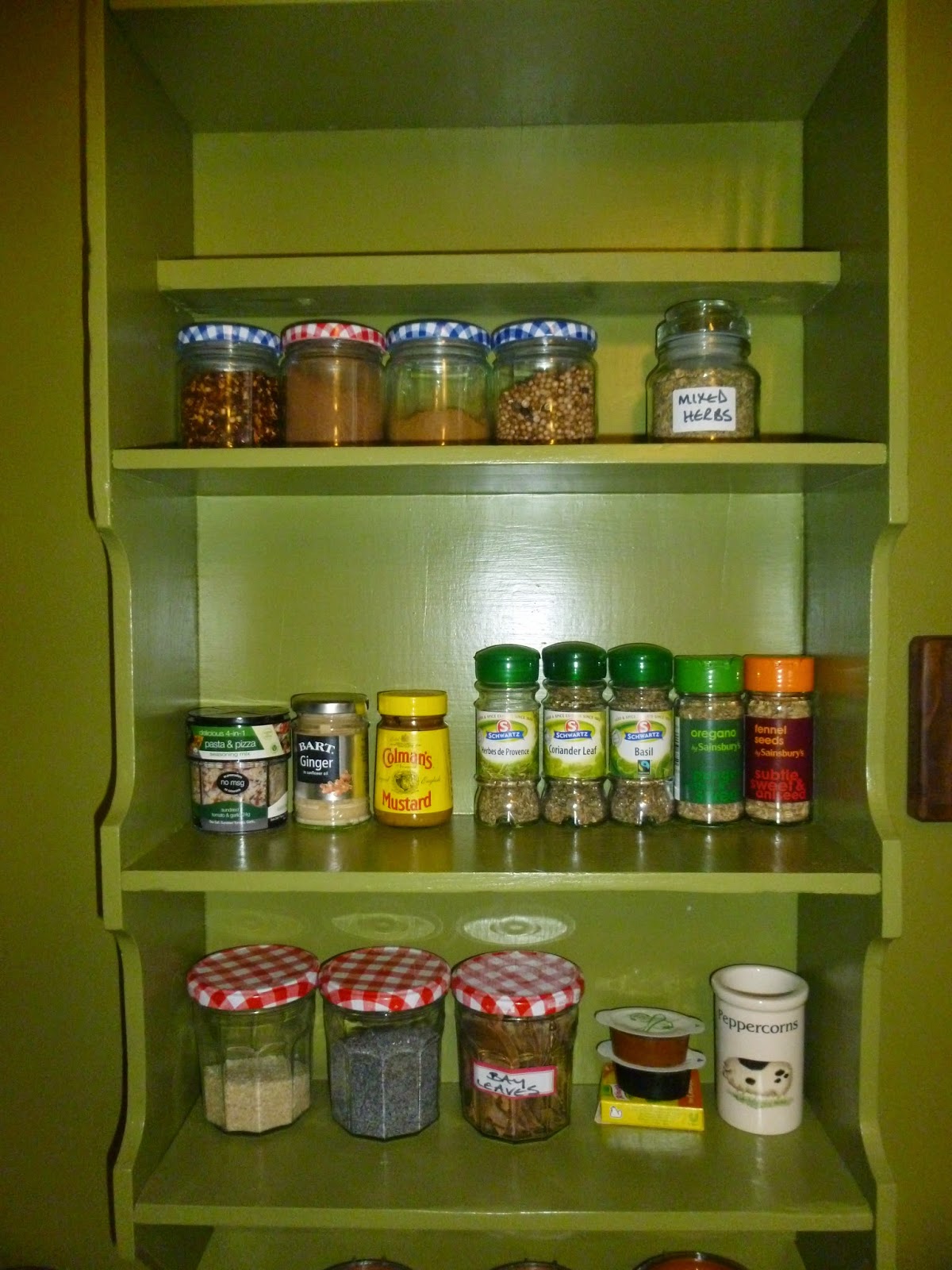 A couple of them smelt and looked fine, but were spices I had bought for specific recipes a long time ago, things I have never cooked since and doubt I will in the future so they were chucked, a couple smelt musty and as I had no dates written on the labels I decided to bin them too.  I always trust my nose more than I trust a date anyway :-)

It looks a lot sparser and neater for now, but with the re-organisations that we are about to make I think the whole shelf will be coming off the wall soon .... and staying off the wall.  The contents of the shelves will now fit in the cupboards, and that way stay dust free making the kitchen even easier to clean.  The things I have binned will only be replaced if it turns out they were useful, but somehow I doubt it. 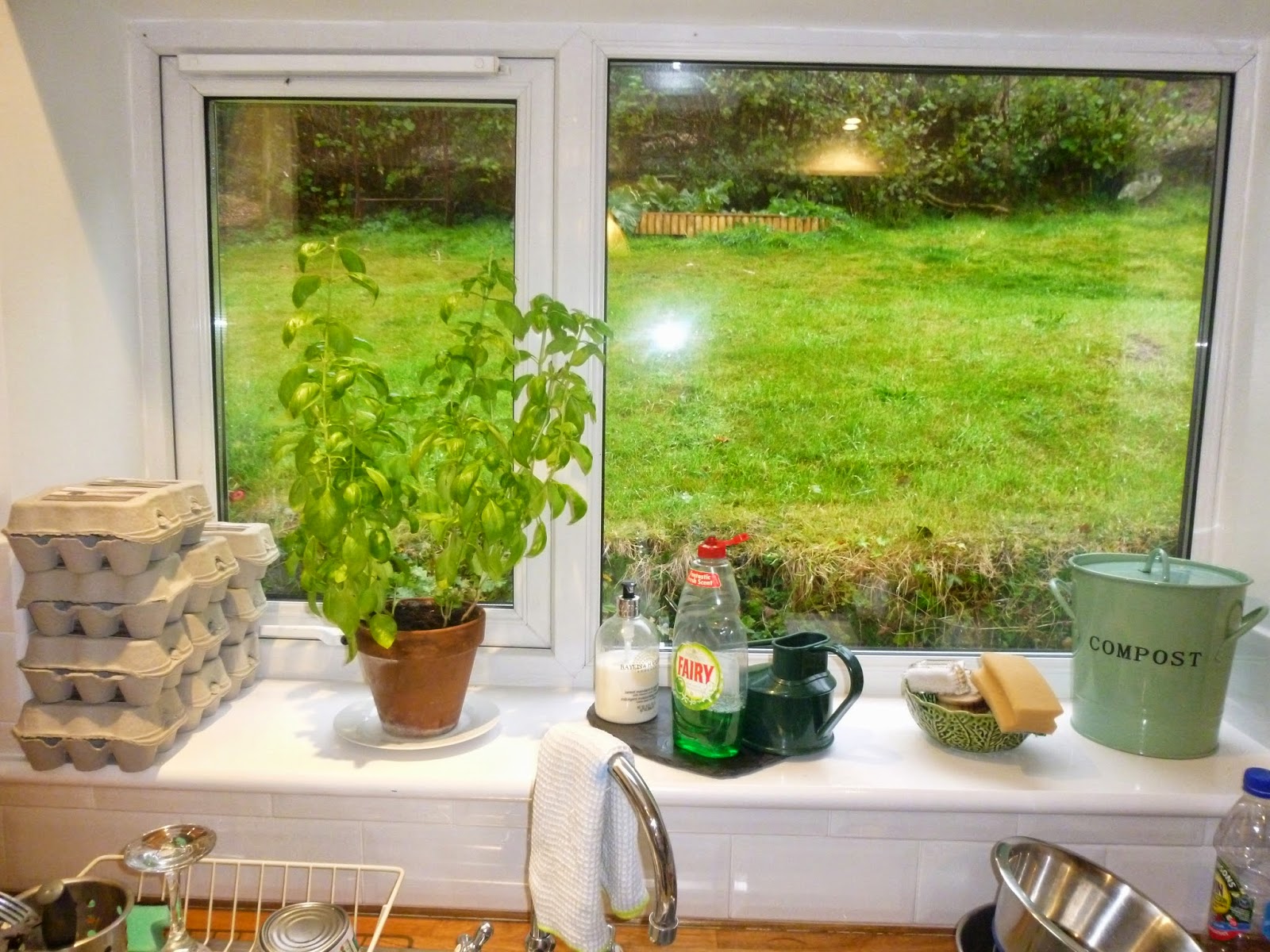 While I was washing the jars out ready for re-use in the future the kitchen window sill grabbed my attention.  The egg boxes piled up in the corner when we have been getting no eggs were an annoyance, and it just seemed cluttered and grubby. An hour later the window had been cleaned inside and out, the egg boxes had been added to the others on top of the kitchen wall cupboards where they will gather less dust, and everything had been washed and put back.  Even though a poor neglected plant has been added, brought in from the conservatory to keep Basil company, the window sill still looks less cluttered.  Basil's about to bite the dust as Pesto making is calling to me .... but shhh don't tell him ;-)

Do you spring into action noticing things that have been around you for ages that suddenly annoy, or is it just another of my foibles?