Treats for the Doggies .... and For Us 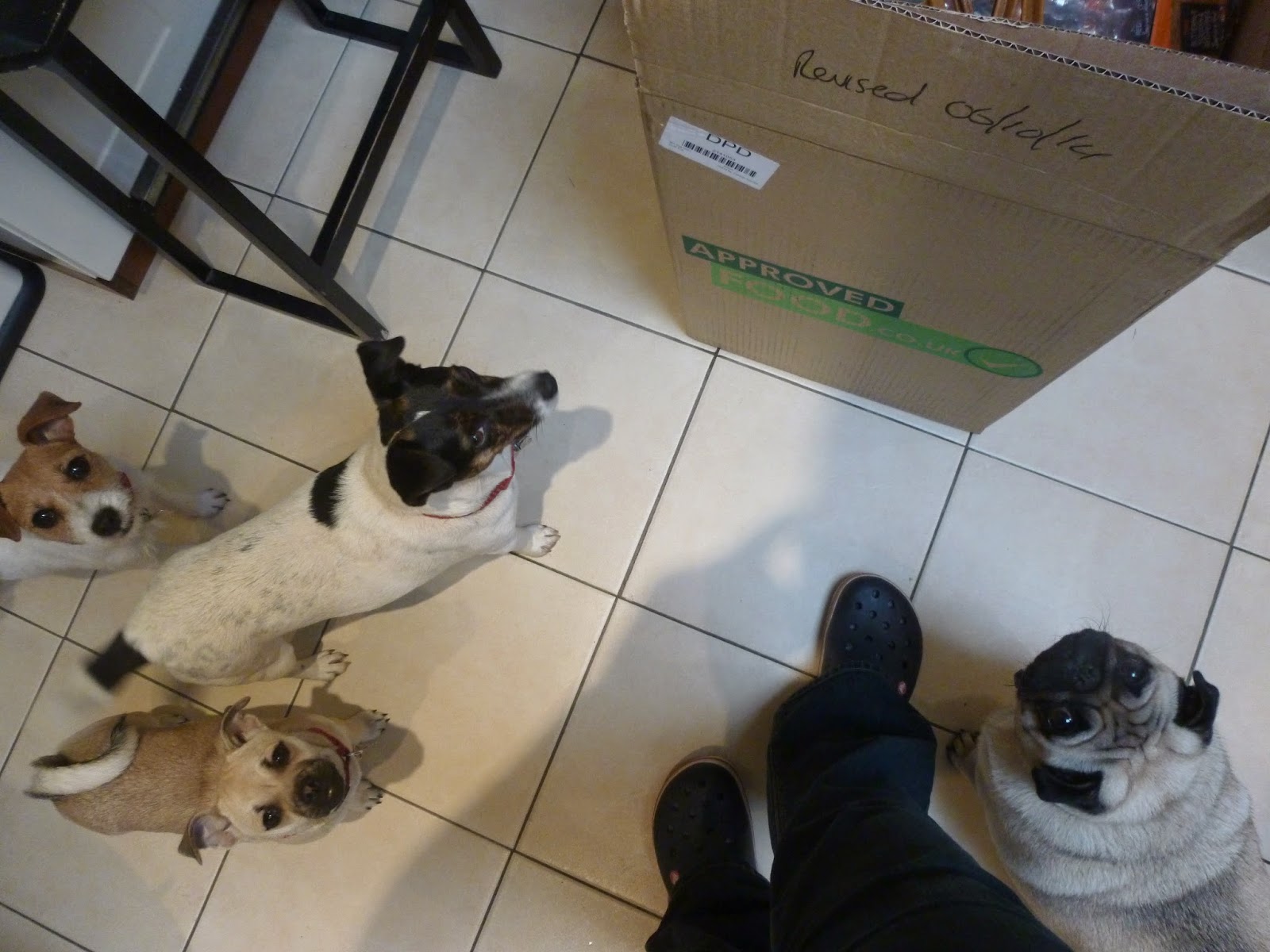 Every time a parcel is delivered to our house the dogs rush eagerly into the kitchen to supervise it's opening.

It all started when Rosy was a puppy, we lived at Jointers Farm and our track to the village was almost two miles long, she had a thing for chasing cars off our property and I quickly had to find a way of making her more interested in the parcel than she was in the delivery van.

It caught her attention immediately and she followed me into the house to see what treat for her the delivery man had brought.  All I had to do was surreptitiously sneak a doggy chew into the parcel and let her discover it lying on top of the things for Mum. 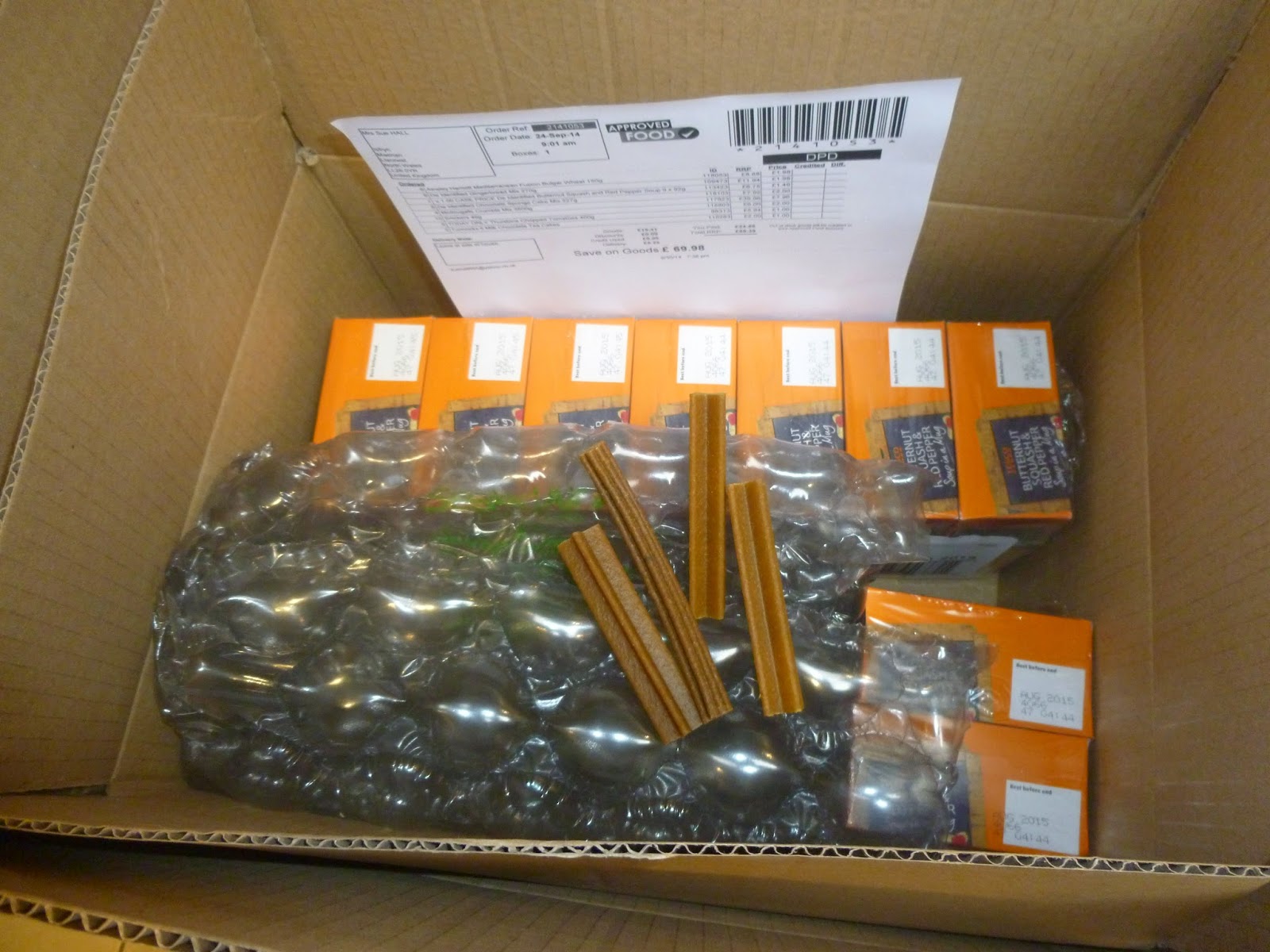 The other dogs quickly picked up on this surprise tasty snack, so I do it to this day, we all need a tasty little surprise in our lives from time to time. 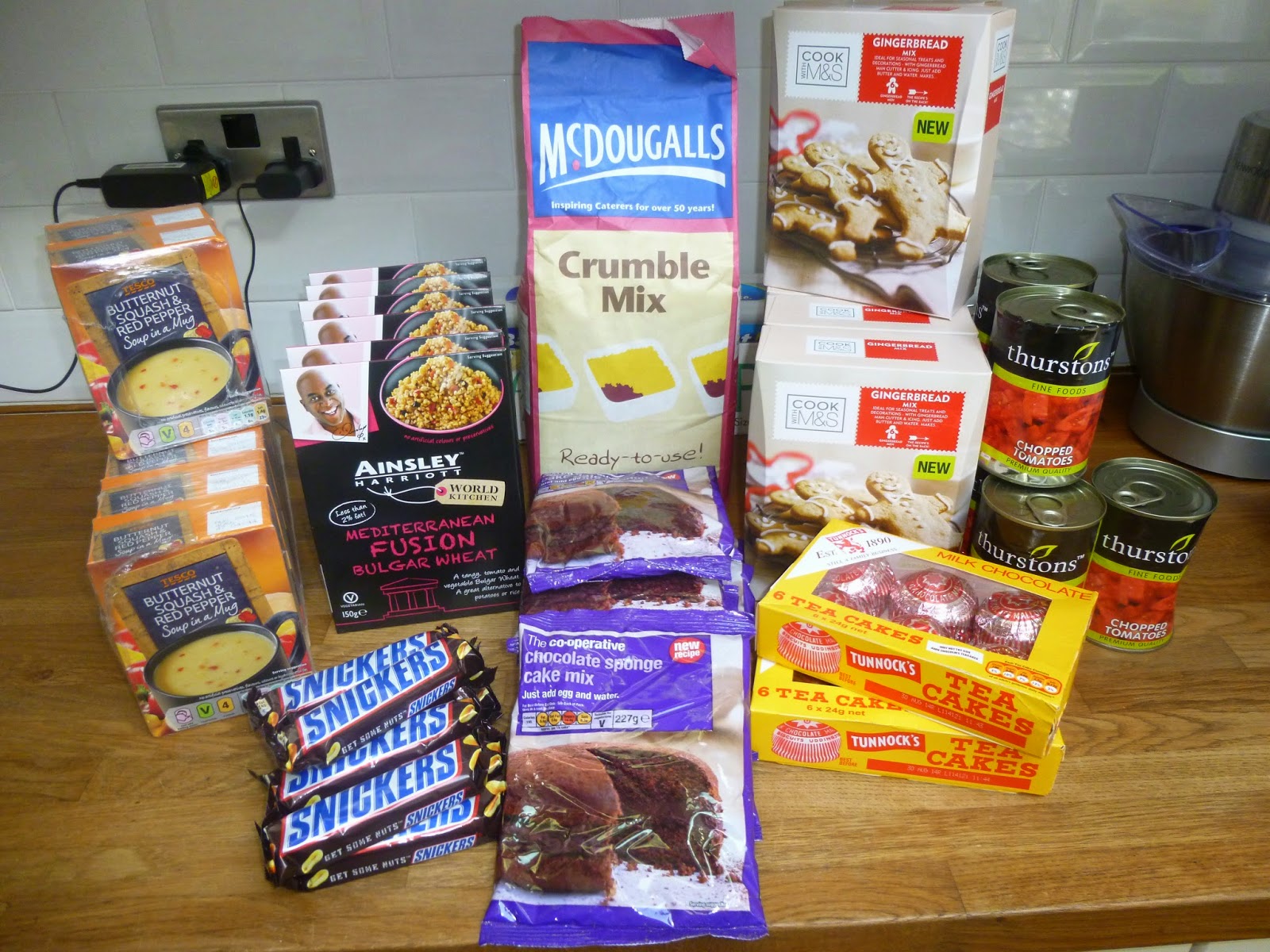 This time it was my parcel from Approved Foods.  I had placed the order to take advantage of the low priced tins of tomatoes, six tins for just £1 and the catering sized bags of Crumble Mix, although they made a mistake and sent me just one instead of the four bags that I ordered.  They have refunded my money as they have now ran out of it .... I would rather have had the other three bags  :-( 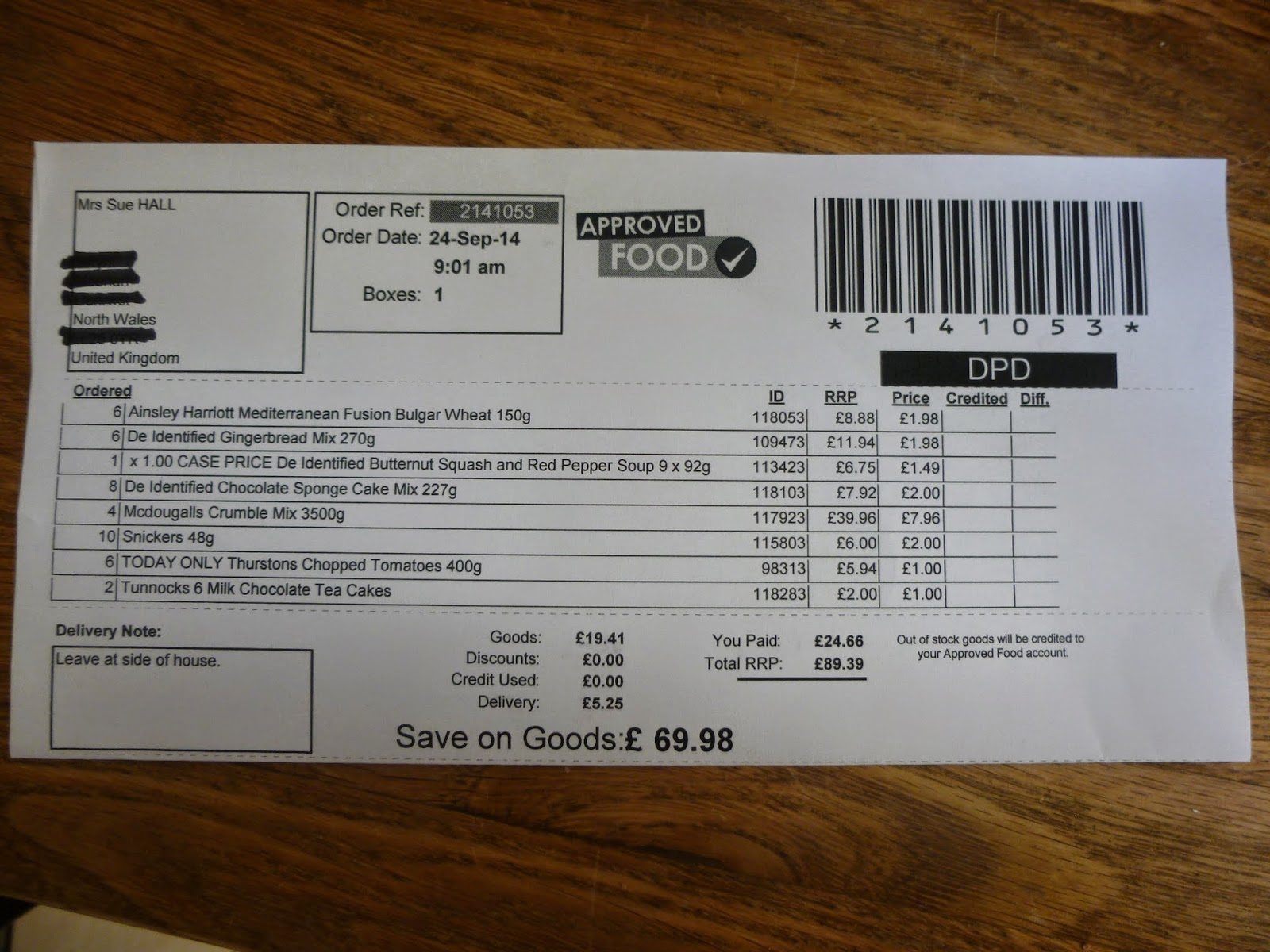 I don't order from Approved Foods as much as I used to, but sometimes when the email drops into my Inbox and it's something that we need and is a real bargain I will succumb.  This was bought and paid for before the start of Stoptober so I have no guilt to feel either!! 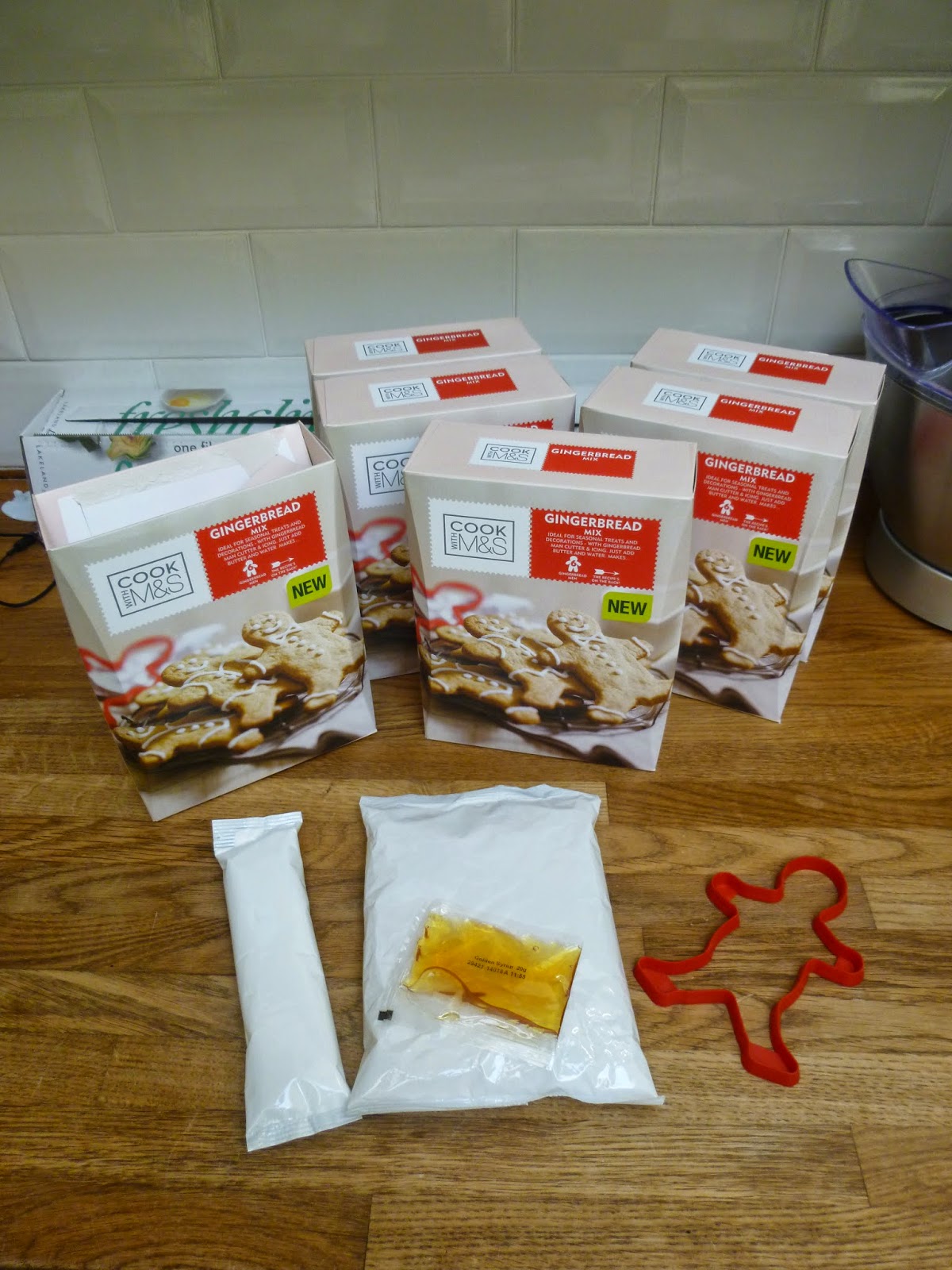 I added some Gingerbread Mix to my order as it was on offer at three boxes for a pound.  I was very pleasantly surprised to find that it was actually an M&S packet mix .... ooh err proper posh!!  There is even a proper little man shaped cutter in every box.  I think I'll tie them all together on a length of tinsel and turn them into a Christmas garland.