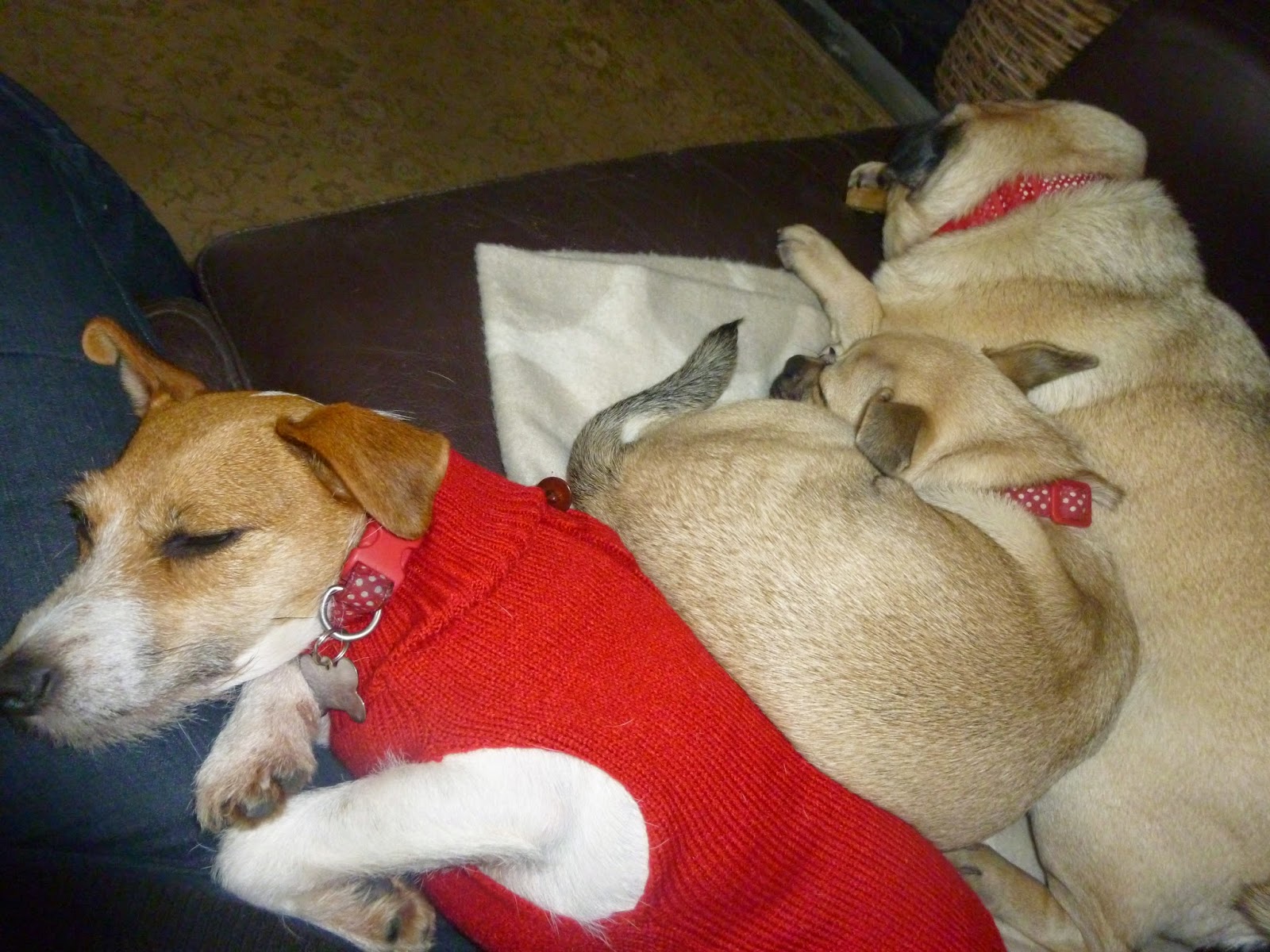 Here's Mavis cuddled up to me on the sofa last night with Charley and Suky keeping her company.

It was an afternoon and evening of television watching for all of us. 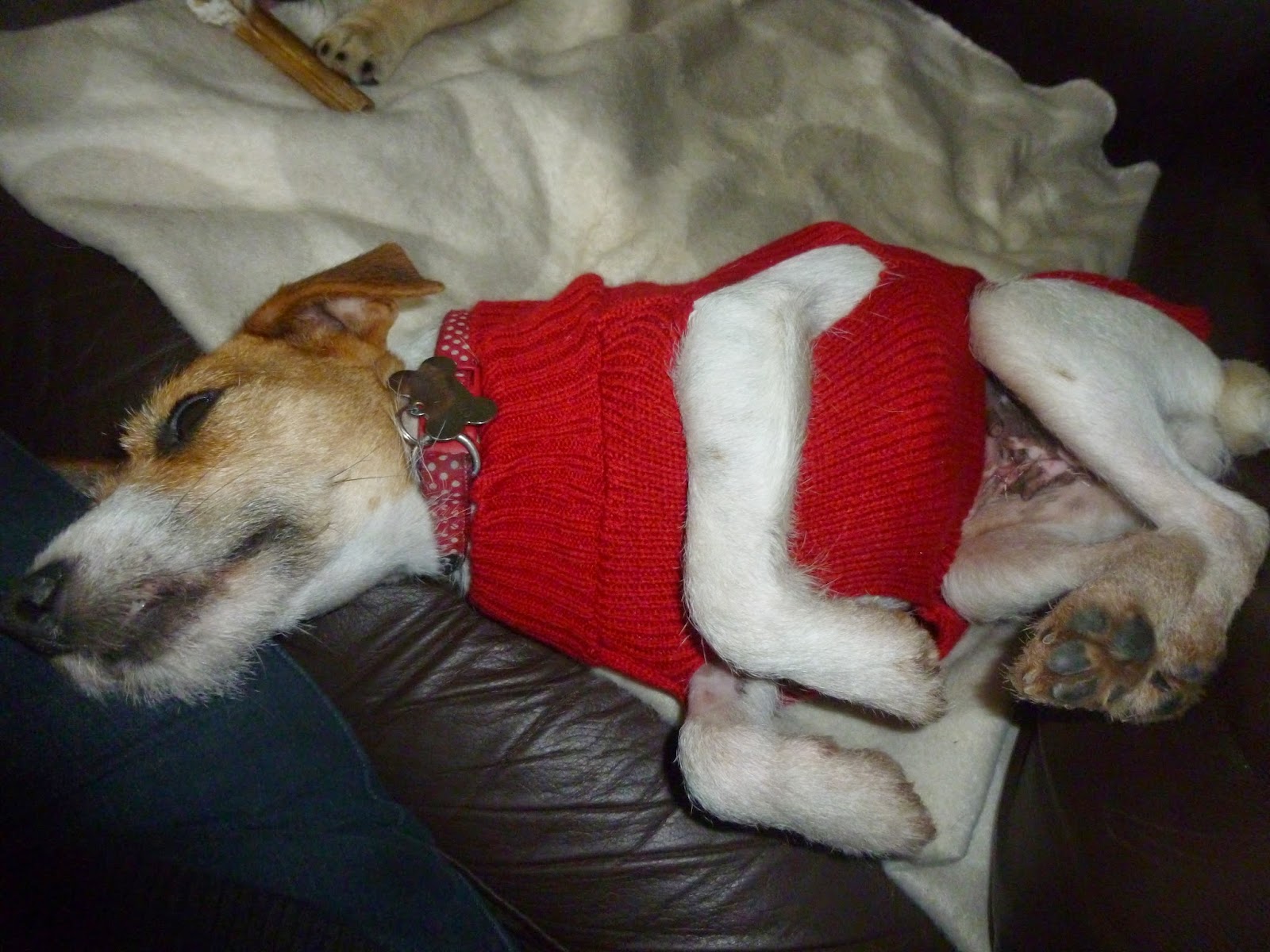 At first she was curled up in a most awkward way, the vet said her pain killing injection would last for 24 hours, but I don't think it was that effective.  After a couple of hours she was whimpering when she moved, although once she managed to get to sleep she was nice and peaceful.

As well as being spayed the vet managed to sort out her tooth problems.  The large fang that has grown at a strange angle due to her perhaps being hit in the face with something when she was a pup, has been left in place as the vet says it was a strong and healthy tooth and it would have been a shame to lose it.  Instead she took away the little teeth that were around it that had been trapping food and making Mavis' mouth uncomfortable, and her breath almost unbearable.  After all this and a scale and polish it's no wonder she's sore all over. 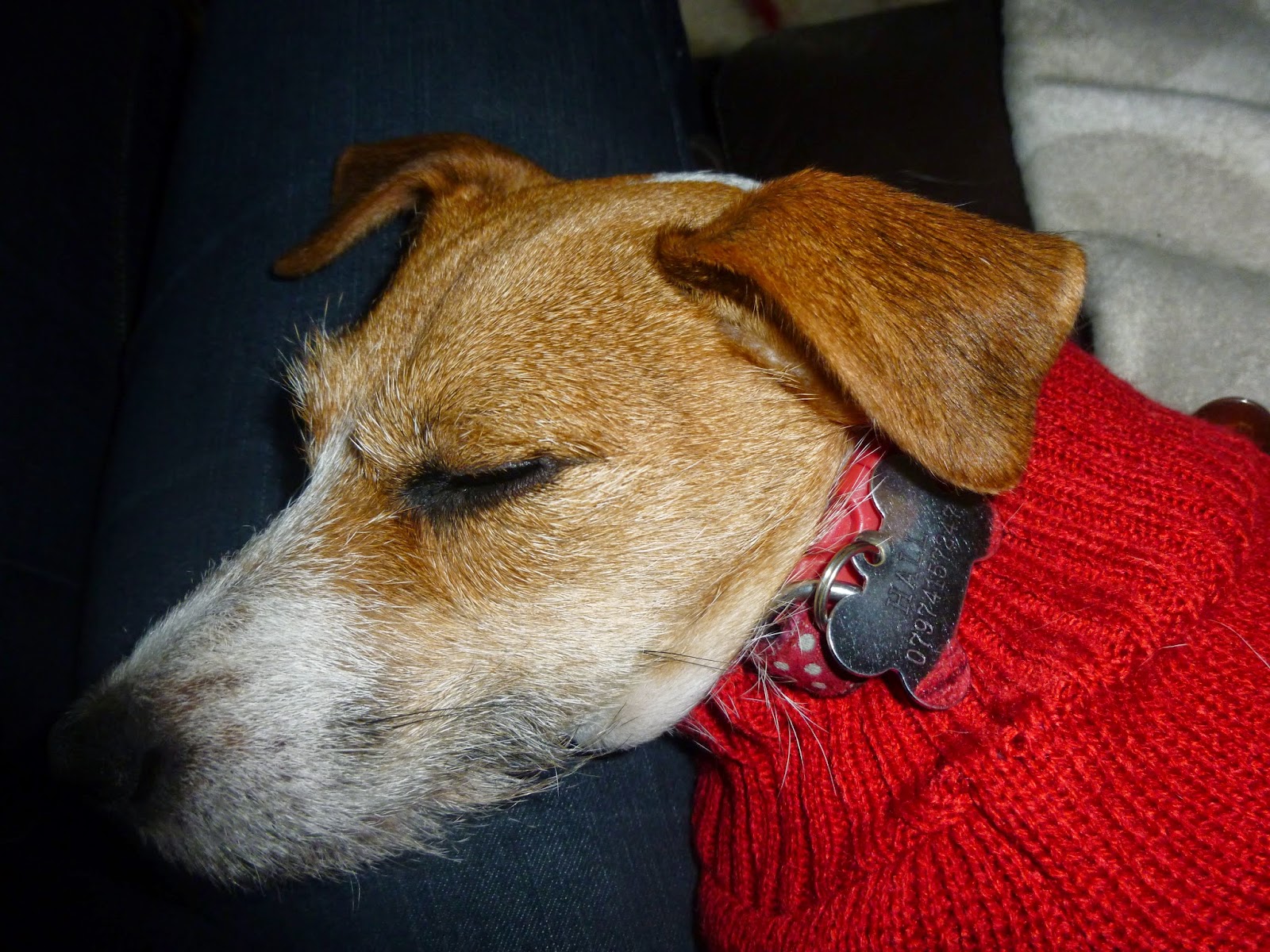 I had to put her plastic cone on for the night as she is a fit and nimble dog and was managing to lick her wound and nibble at the stitches.  The vet says it can come off when she is being watched, but better safe than sorry over night or while she is on her own.  At least she likes wearing her little jumper, which keeps her cosy and protects her wound.

It's like having a poorly baby in the house, but I guess that's what she is .... one of my furry babies.