Repairs to the Henhouse 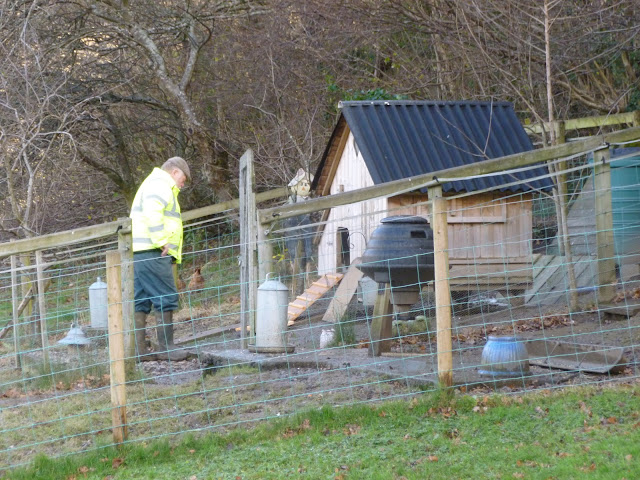 Alan has been busy recently, both in his workshop and doing the day job, which he now does from home, but last week he found time to do some running repairs to the henhouse.

The house has sat there in all weathers and in constant use for the last few years, and the thing that gets used the most by lots of little feet and sits there in all weathers ... usually rain ... is the ramp the birds use to get into their house.  It had started swelling as it absorbed more and more of the rain we get here in not so sunny North Wales, and basically it was about to fall to pieces.

So using the old one as a pattern, he used wood he already had to manufacture an exact copy and last weekend, after it had had many, many layers of varnish to weatherproof it, he fixed it in place on the henhouse. 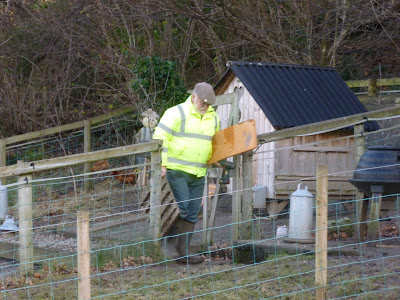 Here he is on the way out carrying the old ramp in his right hand and his kneeling mat in the other. 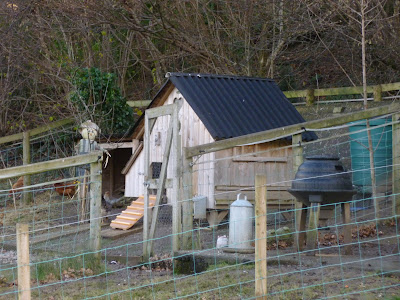 I don't know if anyone has noticed but we have also added a corrugated roof to the henhouse ready for this Winter as the wooden one, even though treated, was starting to let in rain.  The new corrugated one was put in place over the original to give the birds an extra layer of protection from the elements. 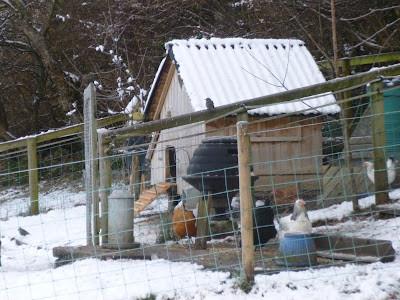 It has proved a godsend over the last few days.  As you can see from this photo the snow sat on top of the roof, meaning that the warmth that the birds generate themselves overnight by huddling together, stayed in the house keeping them warm rather than dissipating and melting the snow on the roof.

I don't know about you but I hate to see houses, whether they be henhouses or human houses, with no snow on their roofs during a cold spell ... it's a sure sign that the occupants are paying to heat the world instead of keeping themselves nice and warm.