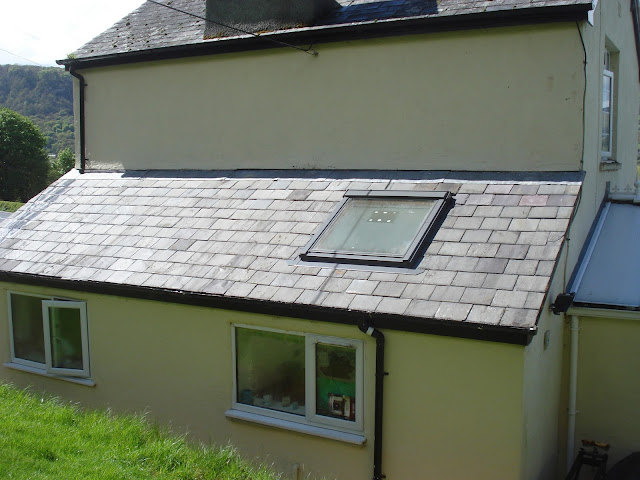 One thing I love about Facebook, apart from being able to keep in touch with family and friends from all over the country, is the little box that pops up each day with your 'Memories' for that day for each year that you have posted on Facebook.

One of today's was the photograph above and a link to THIS post. 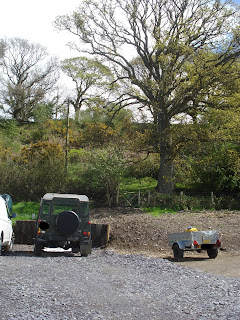 Wow .. how far we have come in three years!!

In that post I talk of carrying on with the savings and over paying on the mortgage.  For the first two years that we were here we were allowed, under the terms of our mortgage, to pay off an additional 10% as an overpayment once a year.  We did just that, and then this time last year we left that restriction behind and although our interest level went up a smidge due to being out of the special offer period,  we could then start paying off as much extra as we like and can now pay off the whole amount whenever we want to. 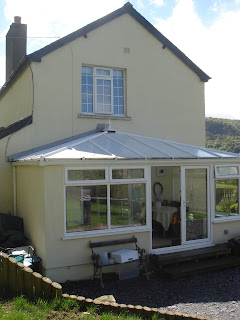 We have been paying a double payment each month since last September and we are now on track for paying our mortgage off sometime in the first half of next year.  It's been a big ask, but we have stuck to our guns and challenged ourselves over and over and this has helped us stay on the straight and narrow with regards to spending. 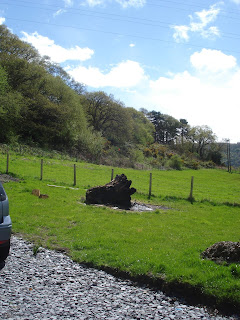 Yes we do buy things when we need them, but that's just it .... it's when we need something not just because we want something.  I can now go round shops and admire what I see but not have the slightest inclination to buy anything.  It's nice getting home and having nothing to put away.

It's not been a hairshirt couple of years either, we do still have the occasional cup of coffee when we are out and about, we've been out for a couple of meals and even had holidays, well long weekends away here in other parts of Wales, but all that has been budgeted for and  been designed to be at the times when things might have been getting too much for us.

After all it's no good reaching the finishing line demoralised and totally knackered is it.  It's been a good three years, and thank you to all of you who have been along for the ride, and there's even more still to come  :-)

All the photos in today's post were taken when we viewed this house for the first time in June 2013.
Posted by Sue at 12:54