Leaving the Cats, Dogs and Chickens 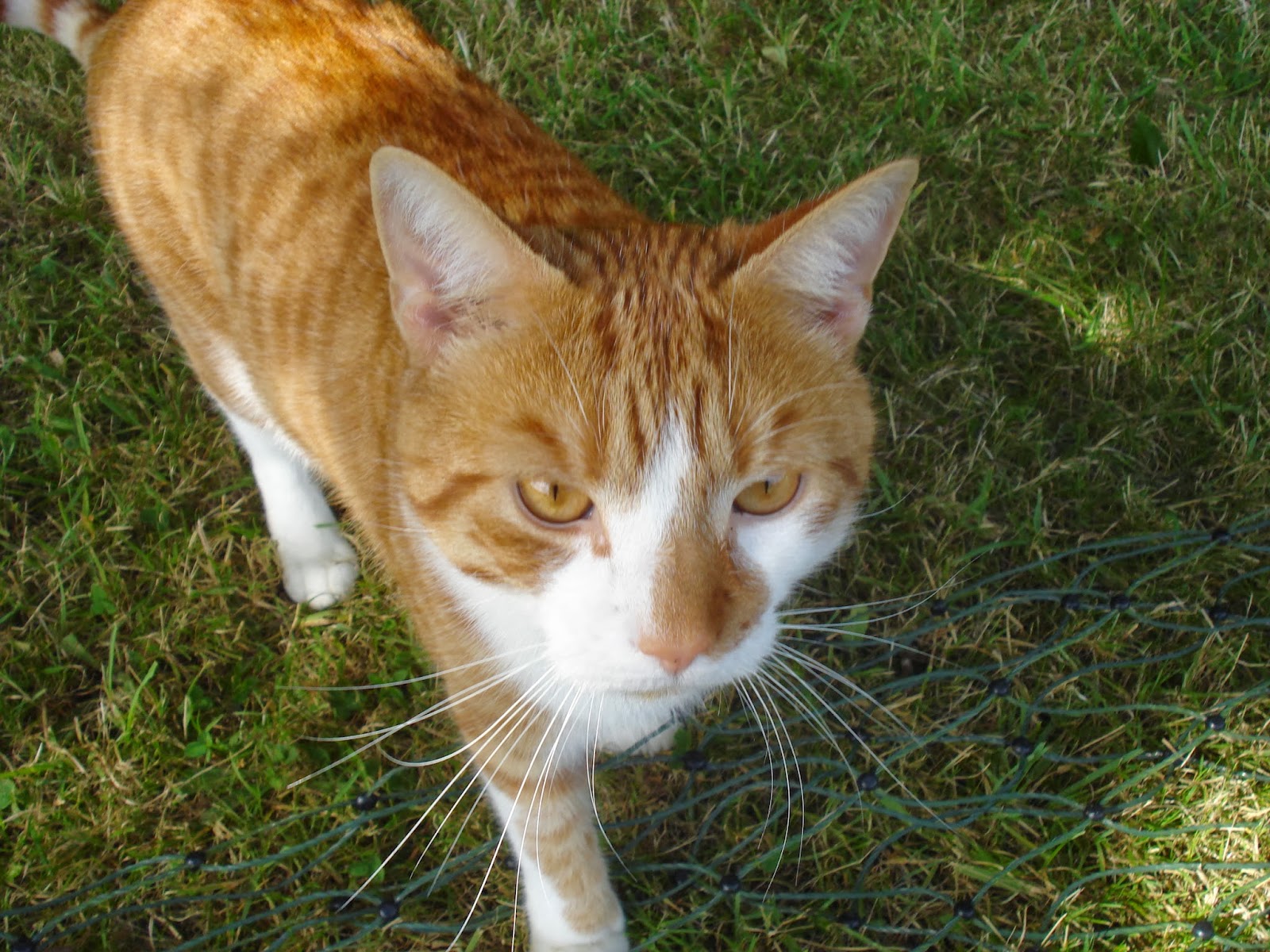 There were a couple of comments yesterday asking about what we do if we have to stay away from the place overnight and if we have neighbours that would look after pets for us.  Although we have now met quite a few of the folk that live on our hill there are none that we would ask to look after our furry and feathered family members if we go away, mostly because they are either elderly or working full time.
We tend to do what suits us and our animals, we know what they are like and we have tested the waters very carefully over various time scales and found a system that suits us and more importantly them. 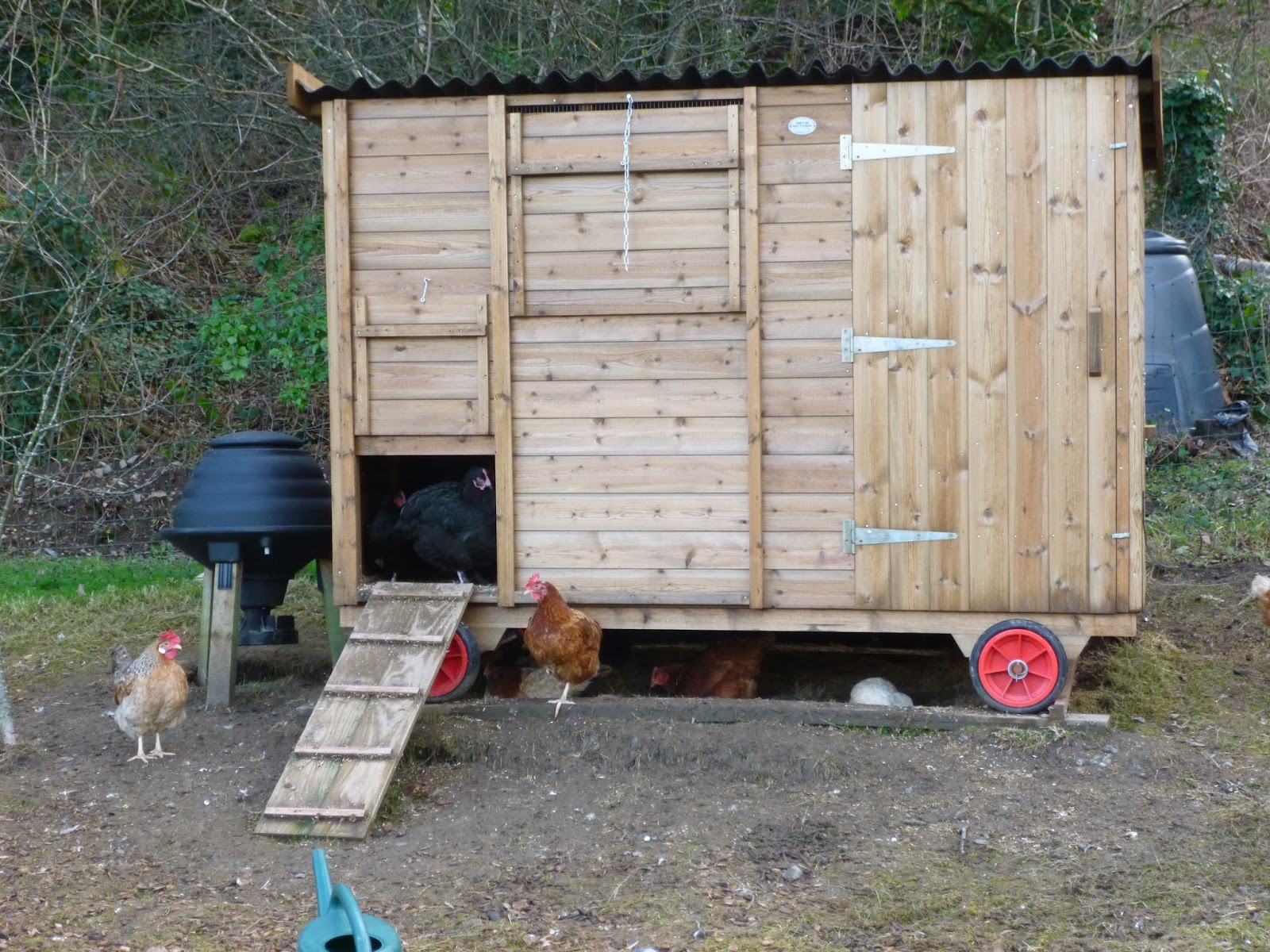 The chickens are fine for up to three nights as a maximum although we are rarely away for that long.  Their house is dry and warm and if we go away we leave the large window closed, they sleep well away from their pop hole so this means they are not in any draught.  (Chickens can cope well with cold but not with draughts.).  Of course they have their electrified fence around them to keep out any unwanted visitors.
They have their large black food dispenser at the left hand side of the house, a smaller one that they treat as a snack wagon and a safe and secure large food dispenser inside the house, so they have at least one that is not accessible by any wild birds or animals.  They have two large water dispensers outside the house and another smaller one inside it.  There is also the large trough that fills with rain water after every shower. 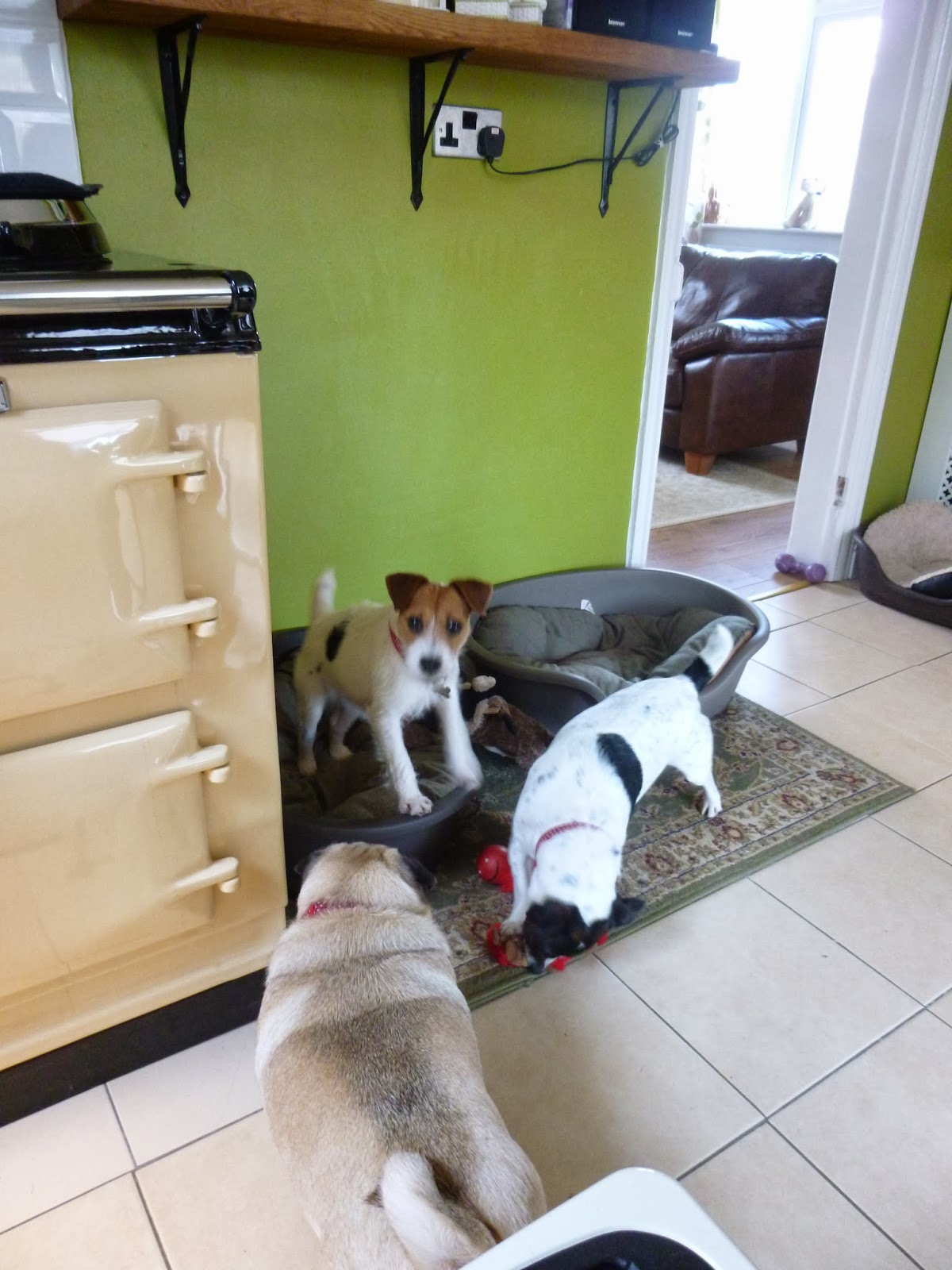 The dogs are NEVER left on their own overnight.  The longest we have ever left them is for around eight hours, they coped well with that occasion but it is a very rare occurrence that means they are not either with us or in kennels if we are going away for any length of time. 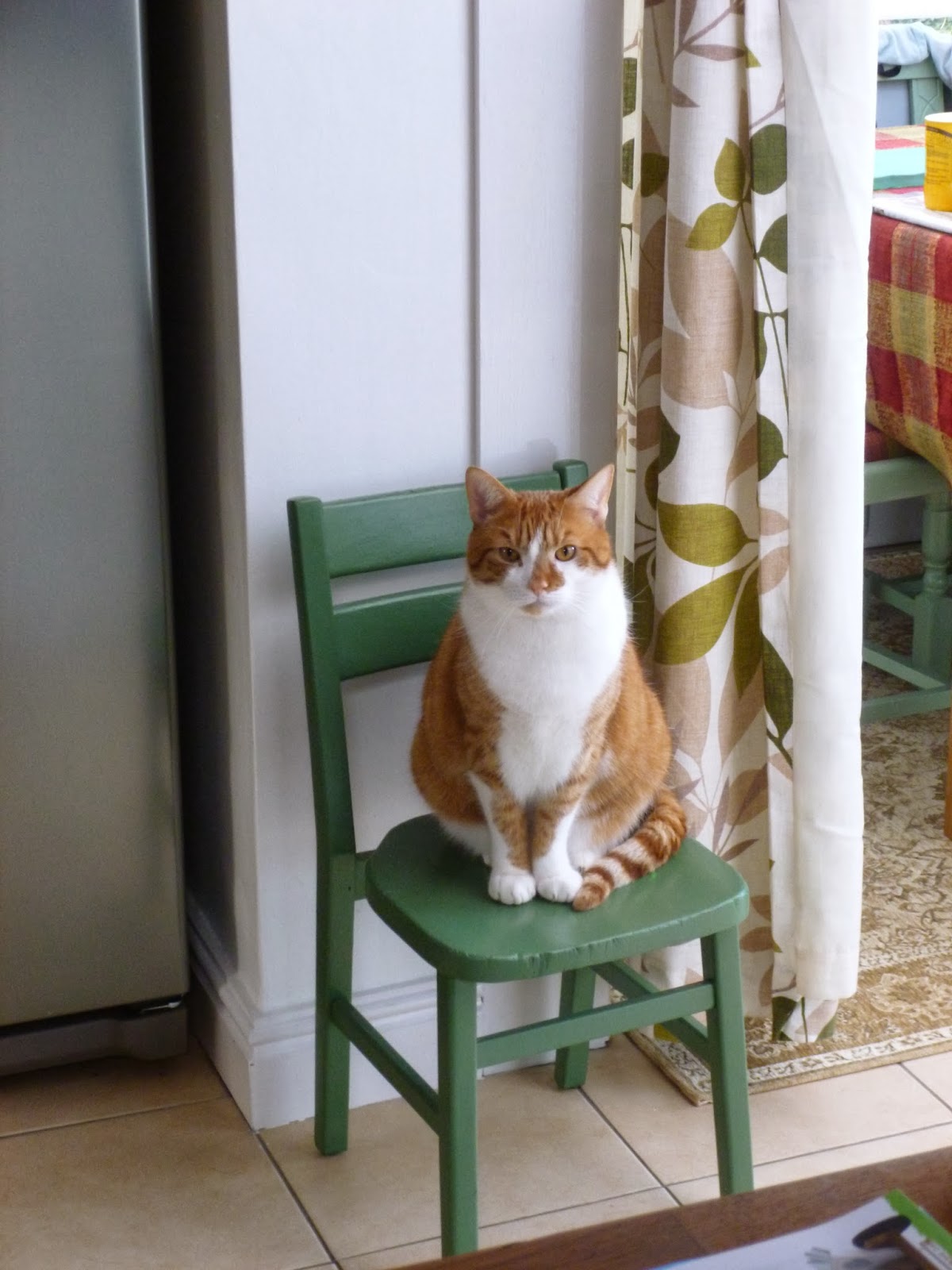 Ginger is also okay for up to three days, although this as I said before is very rare.
I'm sure he would be okay for longer actually but I would never push this.  He, as most of my cats have been, is very independent and loves his own company, but even solitary animals can get lonely and I've noticed that after he has been left for two nights he is craving our attention for a few hours the day after we return, a sure sign in my opinion that he likes our company even if he choses to rarely be with us when we are actually here. 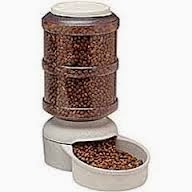 He has access to the house through his cat flap, so can come and go as he pleases, we are happy that he chooses to mooch about at the back of the house and on the periphery of the woods rather than venturing near the road.  He has this type of food dispenser on top of the chest freezer out of the reach of the dogs and eats mostly dried food, which he regulates himself with very well. He shares his water with the dogs usually, so a great big bowl of fresh water is always left for him.
If our animals and birds weren't happy we would make alternative arrangements, but this is suiting us just fine at the moment.  Of course once we have pigs again  and maybe other animals there will be no nights away for both of us at the same time without using the services of farm sitters or being especially nice to family and friends, or maybe offering a free holiday in Wales to anyone who is willing to feed and look after the menagerie.
Now there's an idea for the future.  We could nip off for a week and Blog readers could have a free holiday in return for animal minding duties ..... of course you would also have to update the Blog on a daily basis !!
Now that would be a good idea, I could read Our New Life in the Country from someone else's perspective :-)
Sue xx