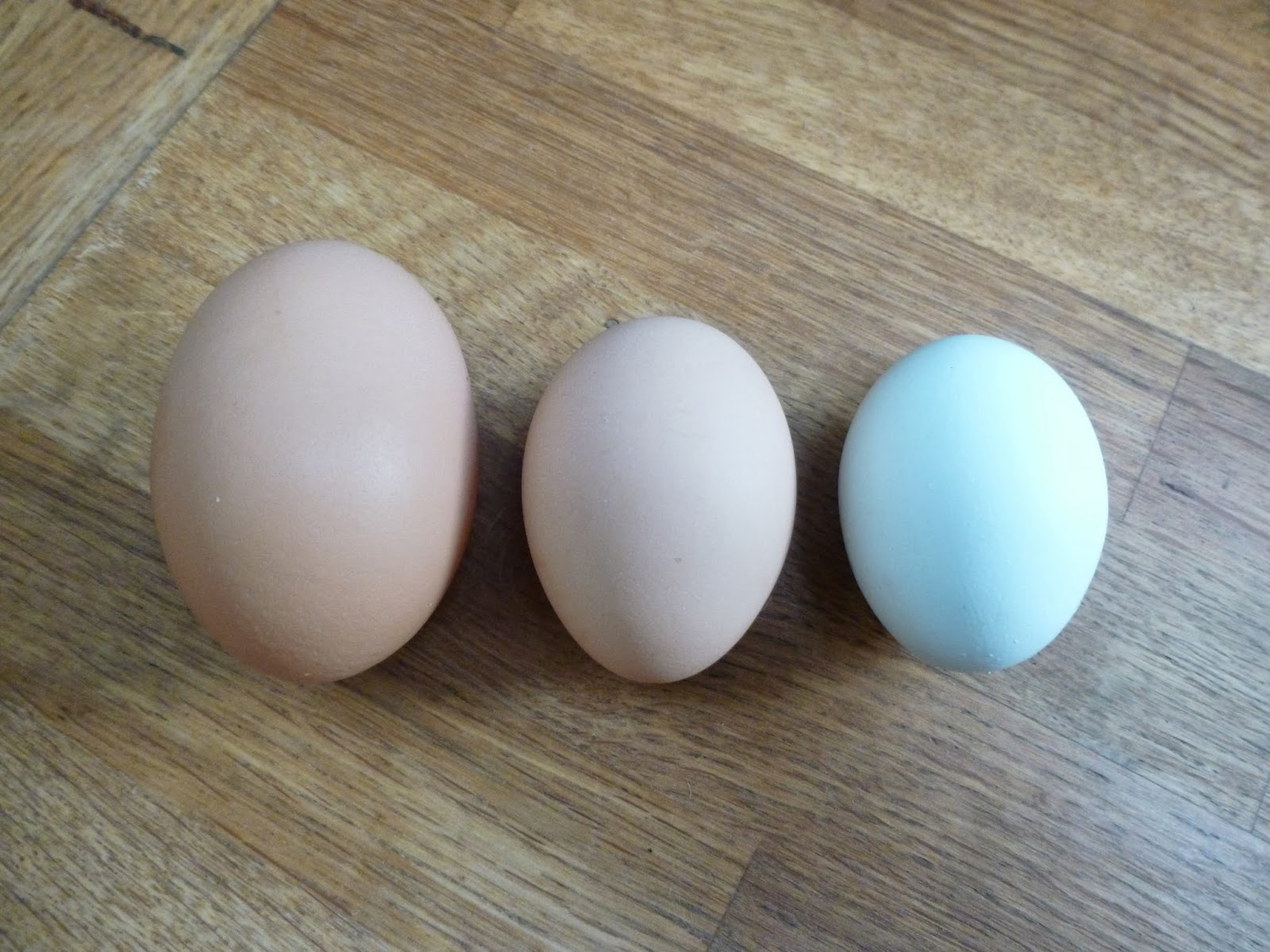 It obviously paid off re-organising the henhouse, yesterday I was presented with this, our first huge egg and double yolker of the year.  Someone's happy .... although not while she was laying it!!  Lovely Hubby heard the commotion in the henhouse and went to have a peek at what was going on, and found a very disgruntled chicken and this enormous and still warm egg. 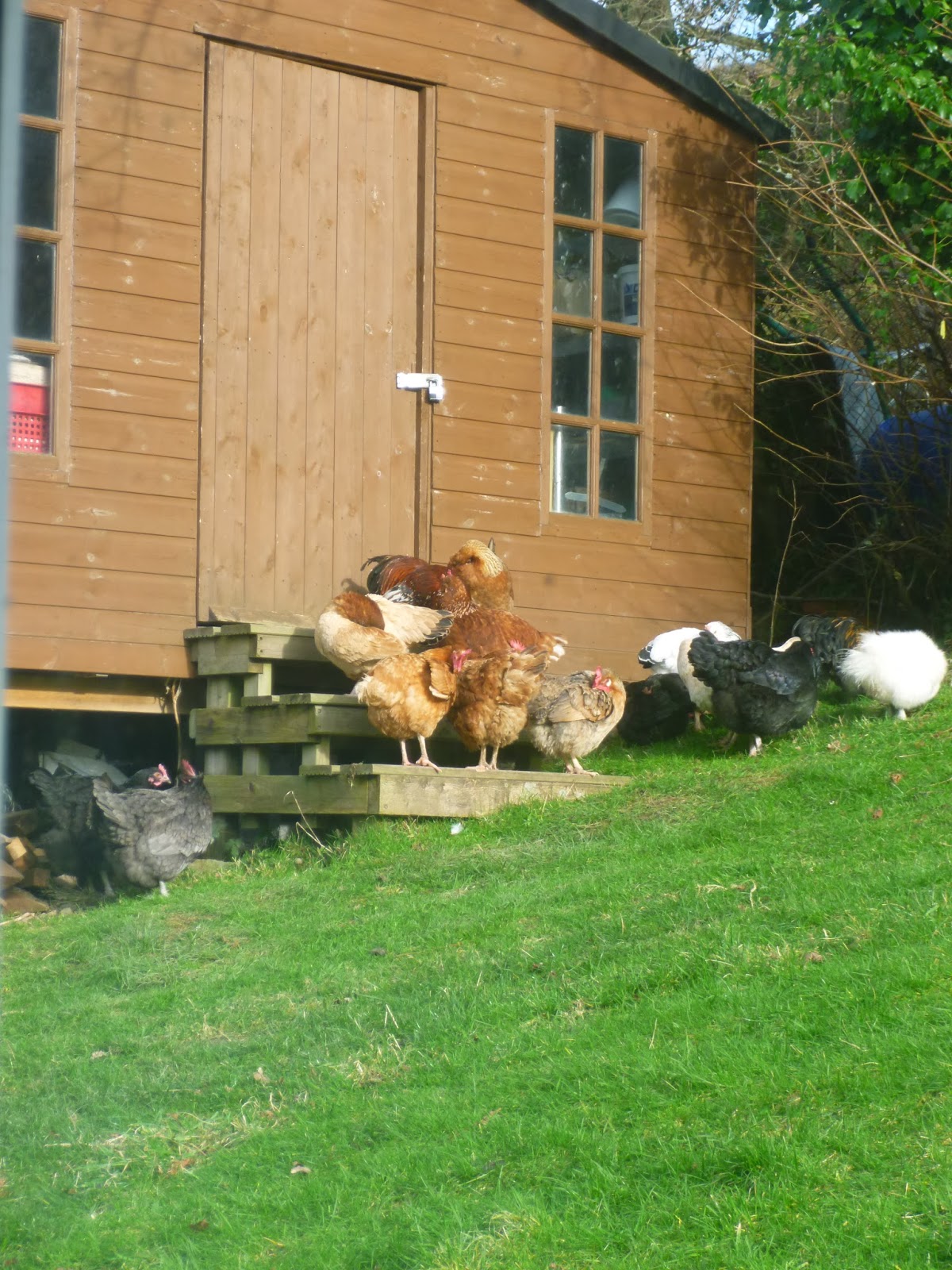 Some time later while I was washing some pots in the kitchen I noticed a crowd of the girls on the steps to the shed. 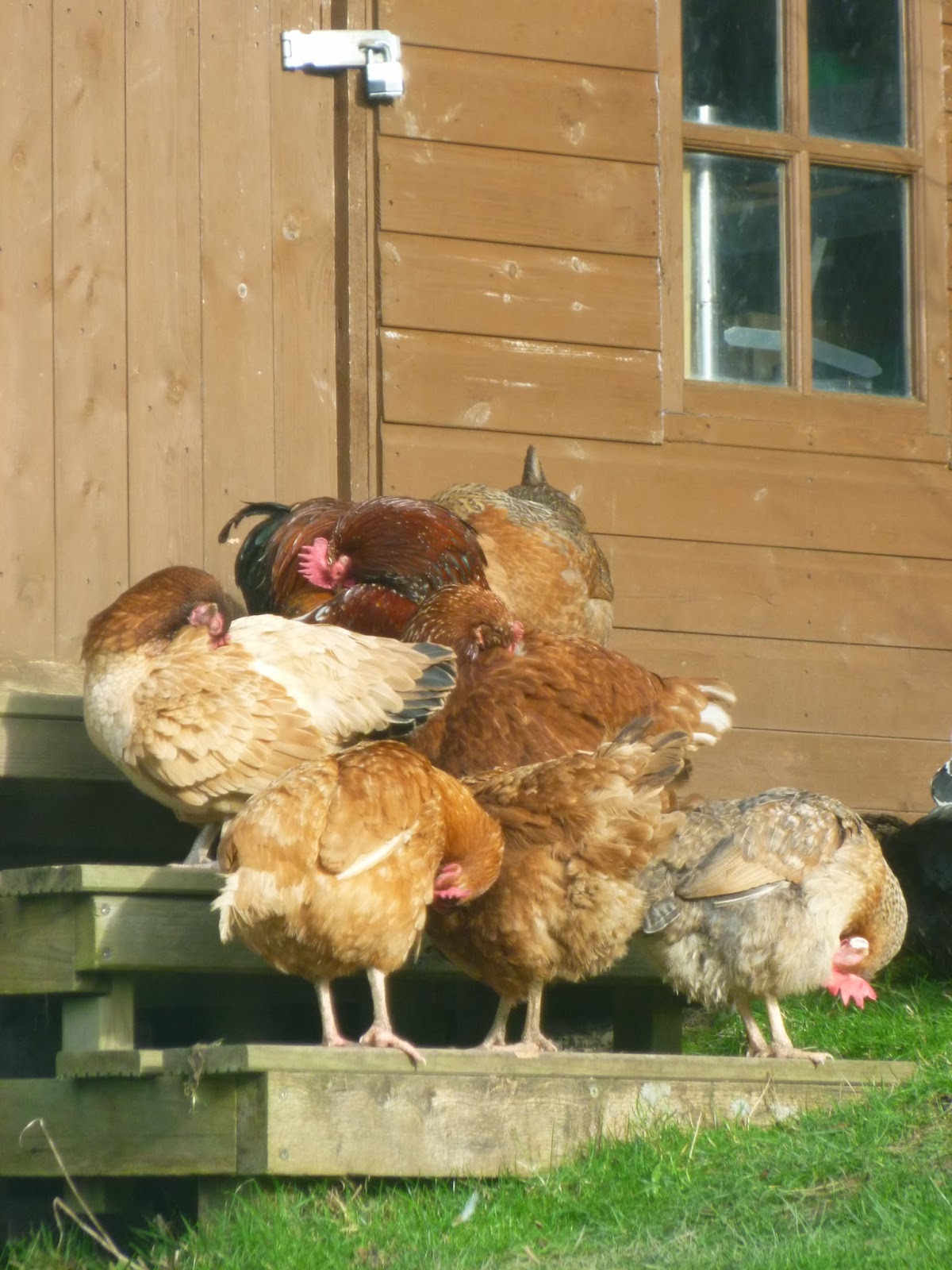 On closer inspection Caldwell was there too, so not just girls, and they were all making the most of the sunshine for a mammoth grooming session.  Earlier they had been dust bathing under the shed where the soil is bone dry and very fine, so there had been lots of grey looking birds and clouds of dust as they shook it all out of their feathers.
It was almost like a chicken spa!!
Once they had finished they sat with eyes closed, faces into the sunshine ... chicken bliss.  We all have to make the most of the occasional glimpses of that lovely golden orb in the sky whenever we can and chickens are very quick to make the most of it as soon as it appears.
Sue xx
Posted by Sue at 09:17