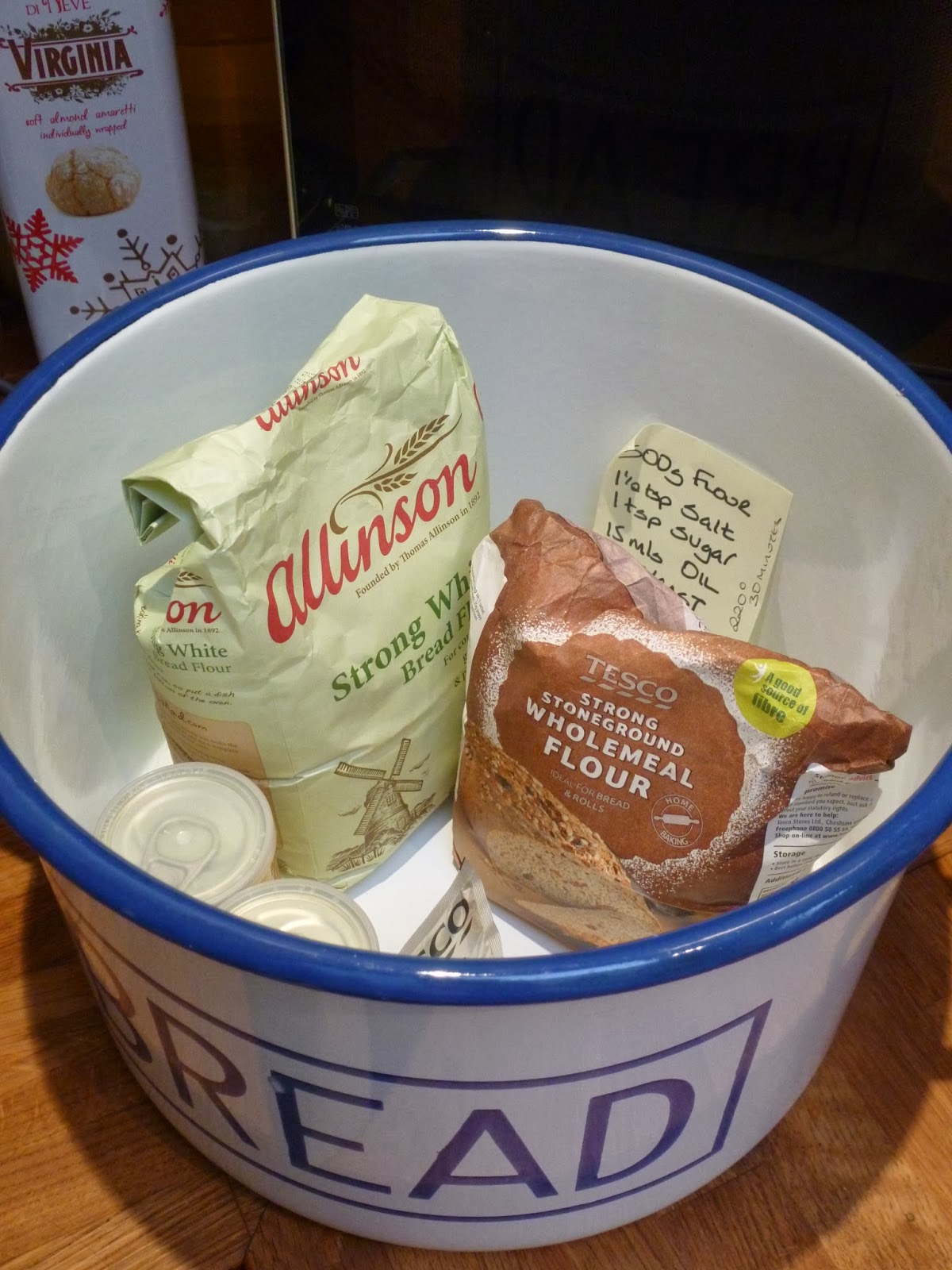 I decided the sub-title of the Blog this year should be 'Back to Basics', it's something we are really striving towards.  In many ways we are starting from scratch and briefly I had that in mind for the sub-title, but in other ways we are expanding on or making better use of things we have or things we already do and we want this to spill over into keeping everything simple and easy and well .... basic.
For instance the very basic of foodstuffs - Bread.
Last year I bought in bulk enough flour to make a couple of loaves a week, to keep us in homemade bread and stop us from buying mass produced supermarket bread.  It kind of fizzled out as these good intentions sometimes do, I baked bread on average once a week and bought loaves when they were on offer.  So I still have lots of the bread and yeast, and although the yeast is not as strong as it was it is still working.  So while the stocks are edible and okay to use I will continue to do so but I will obviously be making as much of our own bread as I can to save money on my other Challenge. 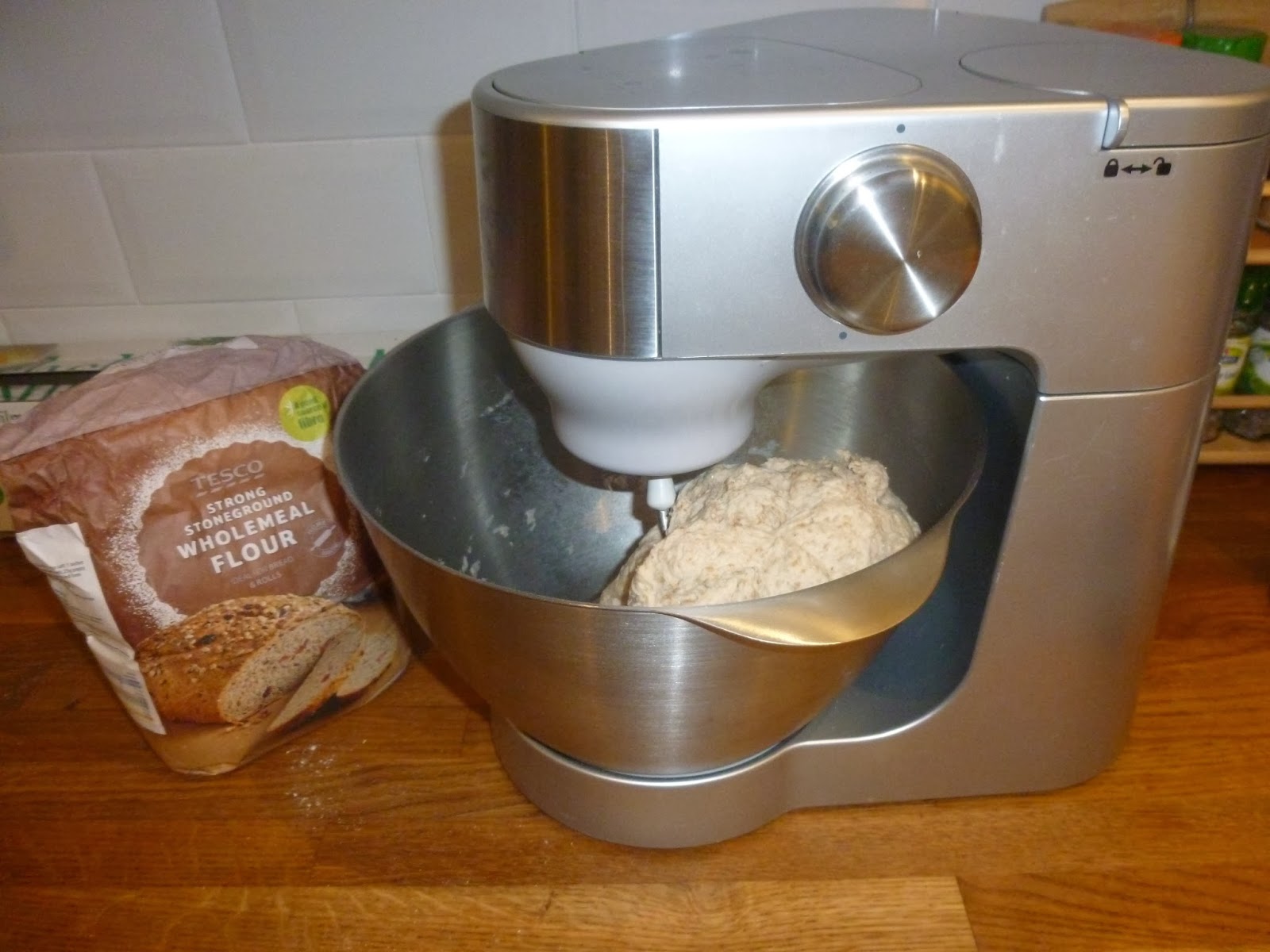 I mean it's not that hard, Ken takes the strain, kneading away with his dough hook for the first five minutes ... 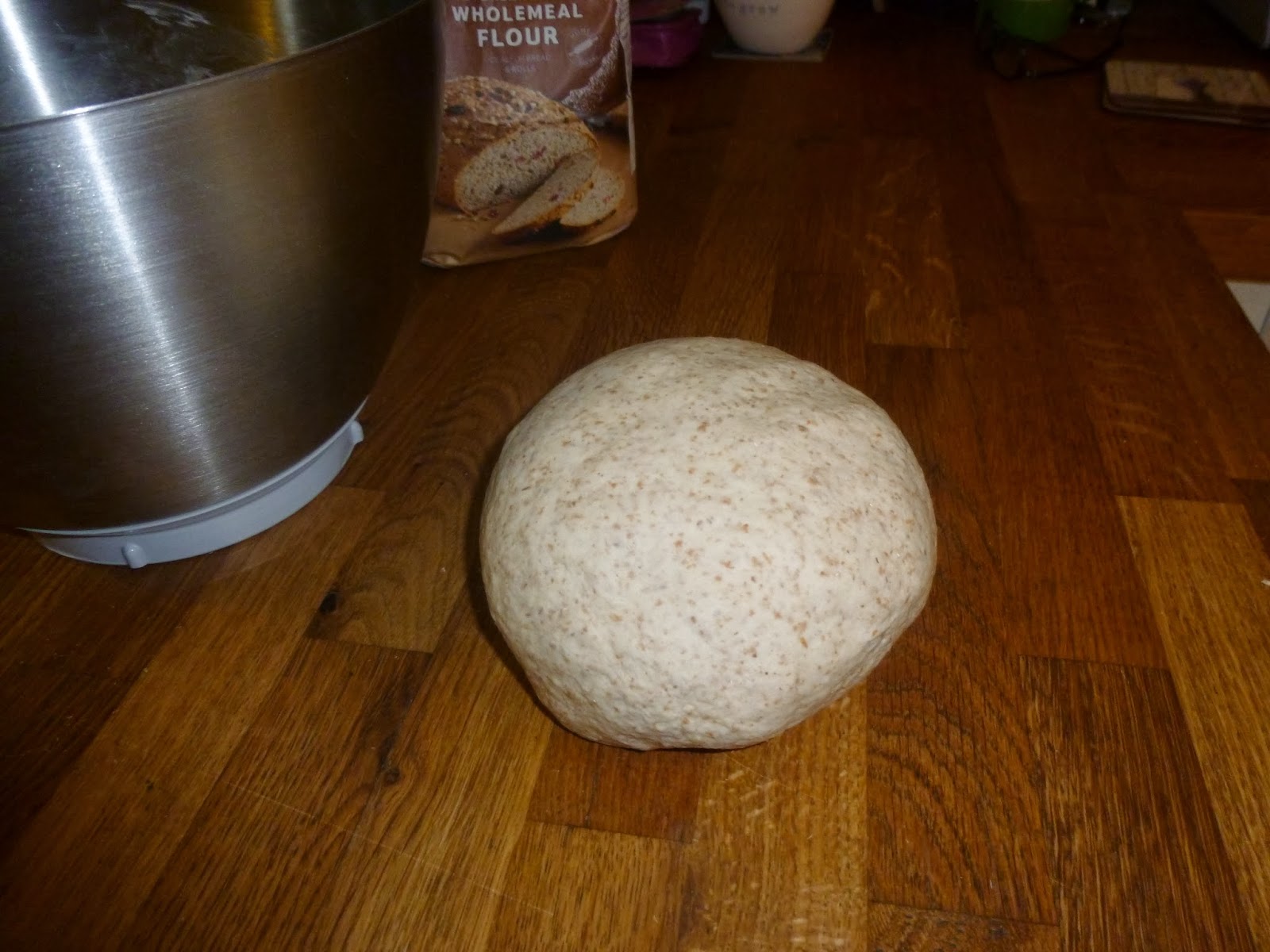 .. then I take over ever so briefly to knead and then shape the dough before popping it back into the bowl with it's fetching shower cap on for the first proving.  It's down there now doing it's thing ..... 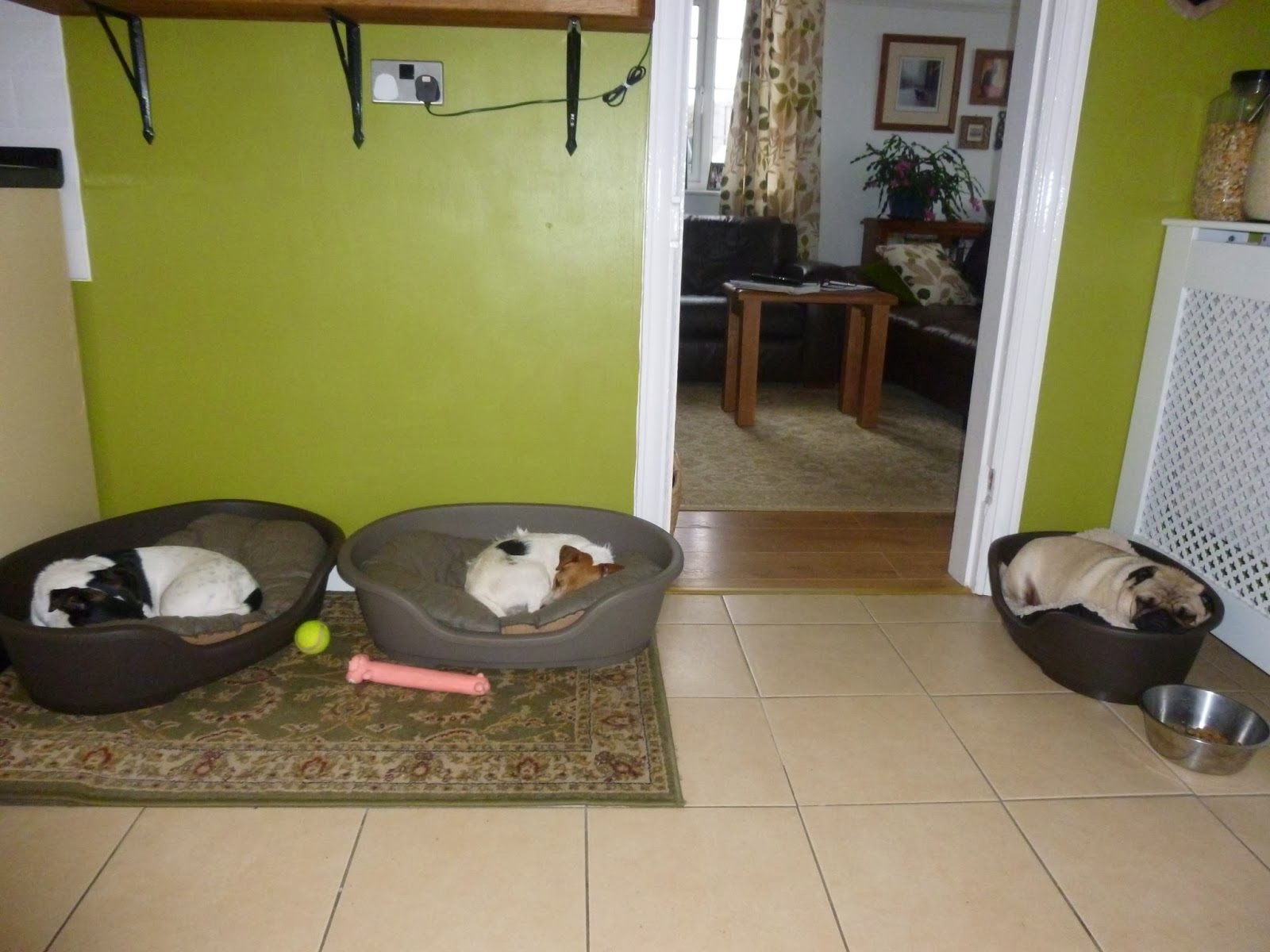 ..... the kitchen is obviously the place to be.
It's a lovely sight to see, all three dogs with their full tummies after breakfast, curled up in beds, not their own as is usually the case.  The smaller bed was Suky's puppy bed and she seems to have claimed it back from Mavis, but as long as they are happy so am I.  Looking at the photo they all have their favourite things in front of them, Rosy a ball, Mavis a squeaky pig toy and of course Suky has a bowl half full of food.
Which is amazing, she now seems to have copied Mavis and has taken to leaving some dried food in her bowl for later, and even more amazing she doesn't always eat it .... I've seen Mavis having it after finishing the food she leaves in hers.  I wonder if dogs realise when a companion needs food more than they do, a nice thought.
Sue xx

Labels: Back to Basics, Dogs