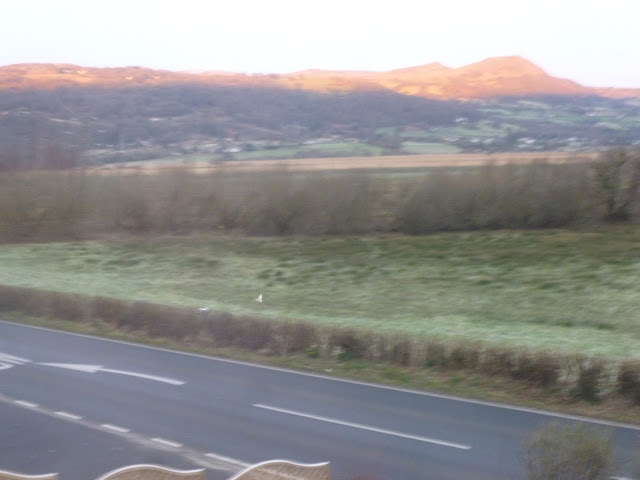 I stood transfixed early this morning at the office window watching a beautiful Barn Owl swooping over and over across the field opposite looking for some breakfast, or supper I guess since they are usually active at night.  I reached for the binoculars which usually live on the office window sill but they weren't there. 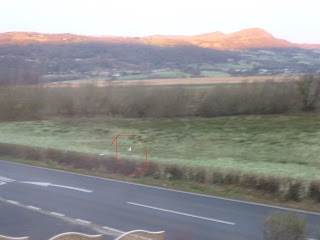 So I got my camera and tried to zoom in but it was a fast moving target and I was lucky to get this shot.  It dived behind the hedge over and over no doubt, spying things running for safety but seemed to fly away empty handed.

It was back again a few minutes later and spent a futile ten minutes or so sweeping low over the field, landing and resting every so often but then taking back to the air to see what it could see.  It seemed from the distance I was at to be quite a young bird, as it was nowhere near as big as the other Barn Owls I have had the good fortune to be closer too.

In Oxfordshire one flew ahead of me as I made my way up our drive (one and a half miles of track) using the headlights of the car to hunt by, sweeping majestically away from the beam of light as I passed the barn.  It took all of my concentration to keep the car on the track and not go over into the ditches while I tried not to be too transfixed by the bird.  Then weeks later I saw possibly the same bird sat in our barn, it was on the beam just over my head and just in front of it's nesting box, rather stupidly I spoke to it and broke the spell ... it flew away.  Well it seemed rude not to say 'hello'. 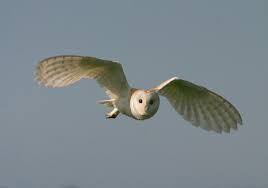 If I had been quicker this time, and maybe had an all singing all dancing camera .... and more patience than I have ever had in my entire life ...  I could have got a shot like this one. 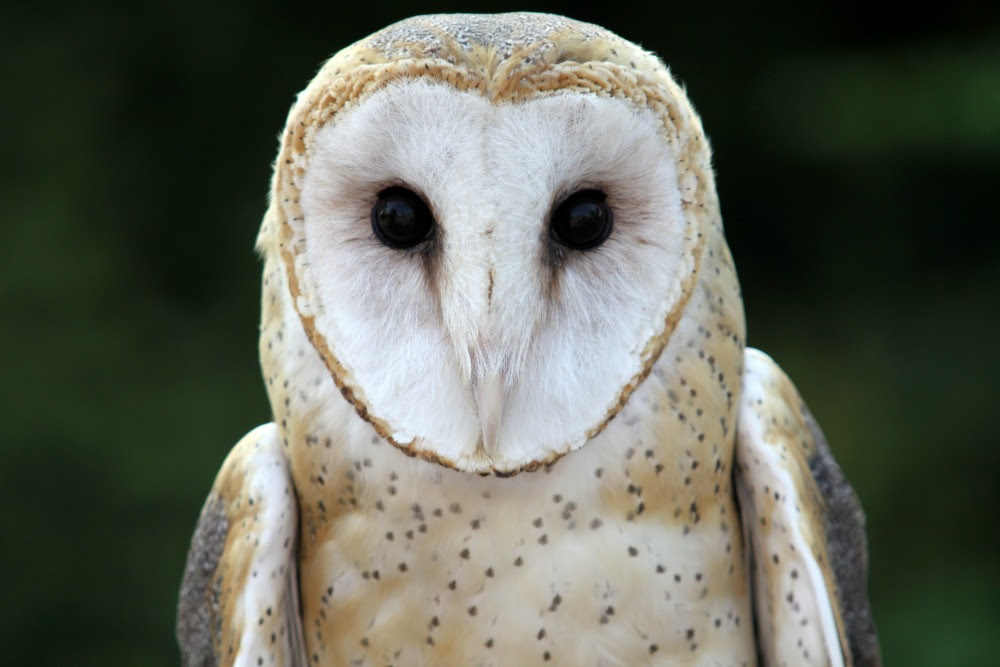 They are beautiful birds.

But I've got my blurry photograph and now this blog post to remind me of a magical morning moment.

Blurry photo all my own work .... other 'proper photos' courtesy of Google Images ;-)