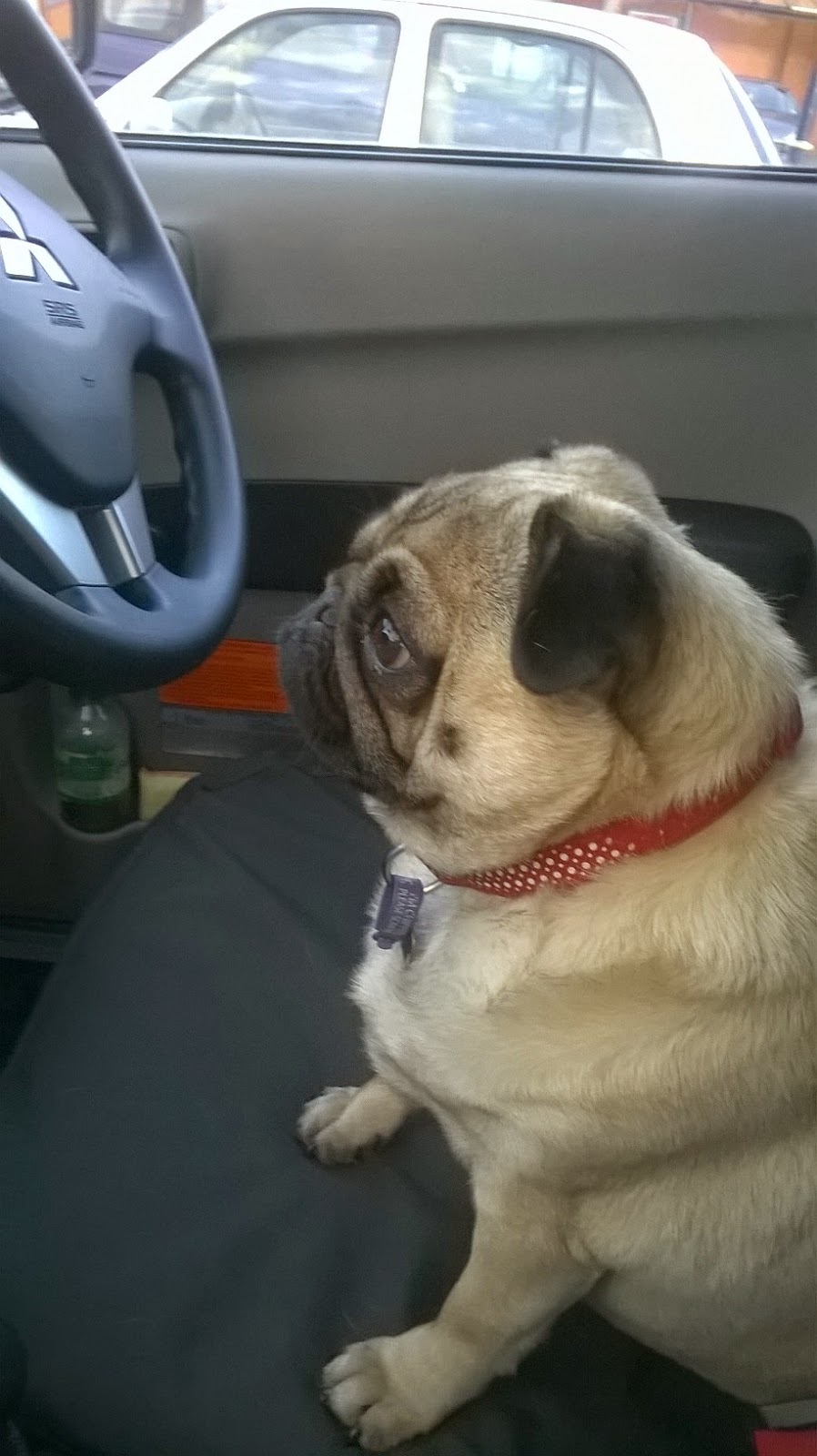 The other day I waited in the car with the dogs after their walk along the prom in Llandudno, while Lovely Hubby went into PC World to pick up his newly fixed lap top,  Suky completely fed up with the antics of the other dogs in the back of the truck decided to see what the view from the drivers seat was like.  Amazed by what she saw just after this photo was taken she leapt up at the steering wheel sounding the horn loud and clear .... and almost making a man passing in front of the car drop his newly purchased flat screen television .... ooops!! 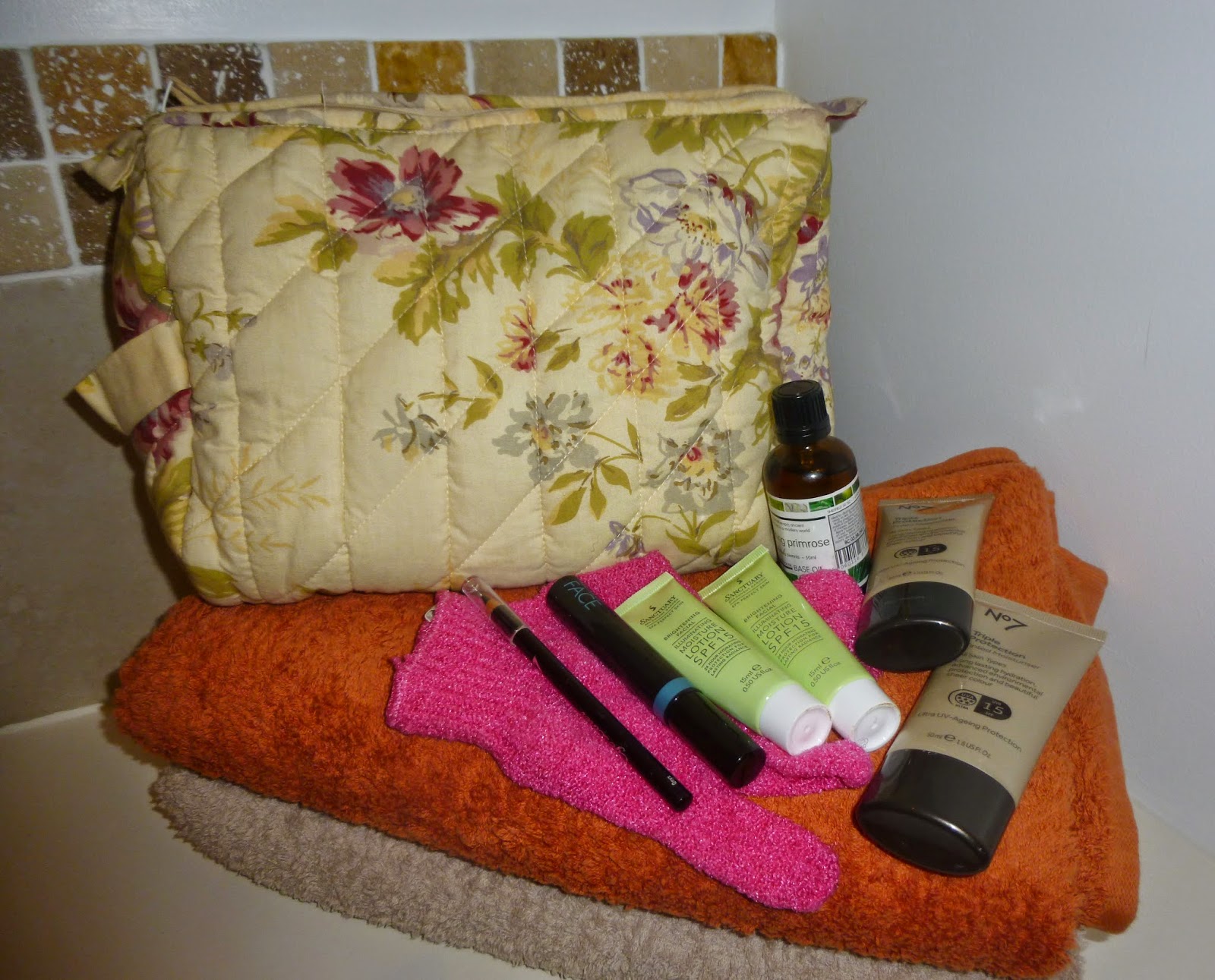 Meanwhile back at home the sorting out the clutter continues.  Although I didn't manage to get to my 365 items of things leaving the house by the end of last year, I am not stopping until I reach that magic number.  So I have been getting down to the nitty gritty.  Yesterday saw me going through the bathroom cupboard and these are just a few of the items that are now no longer required.

As time goes by I wear less and less make up and I kept my dark brown mascara in case I wanted to revert to wearing it, but I haven't used it once in the last year, preferring instead to stick with the clear mascara that is my favourite, so it's time to chuck it out.  The unopened things will go into the charity shop bag and the rest will have to go into the bin.

So that's nine more items on the list and out of the house  :-)