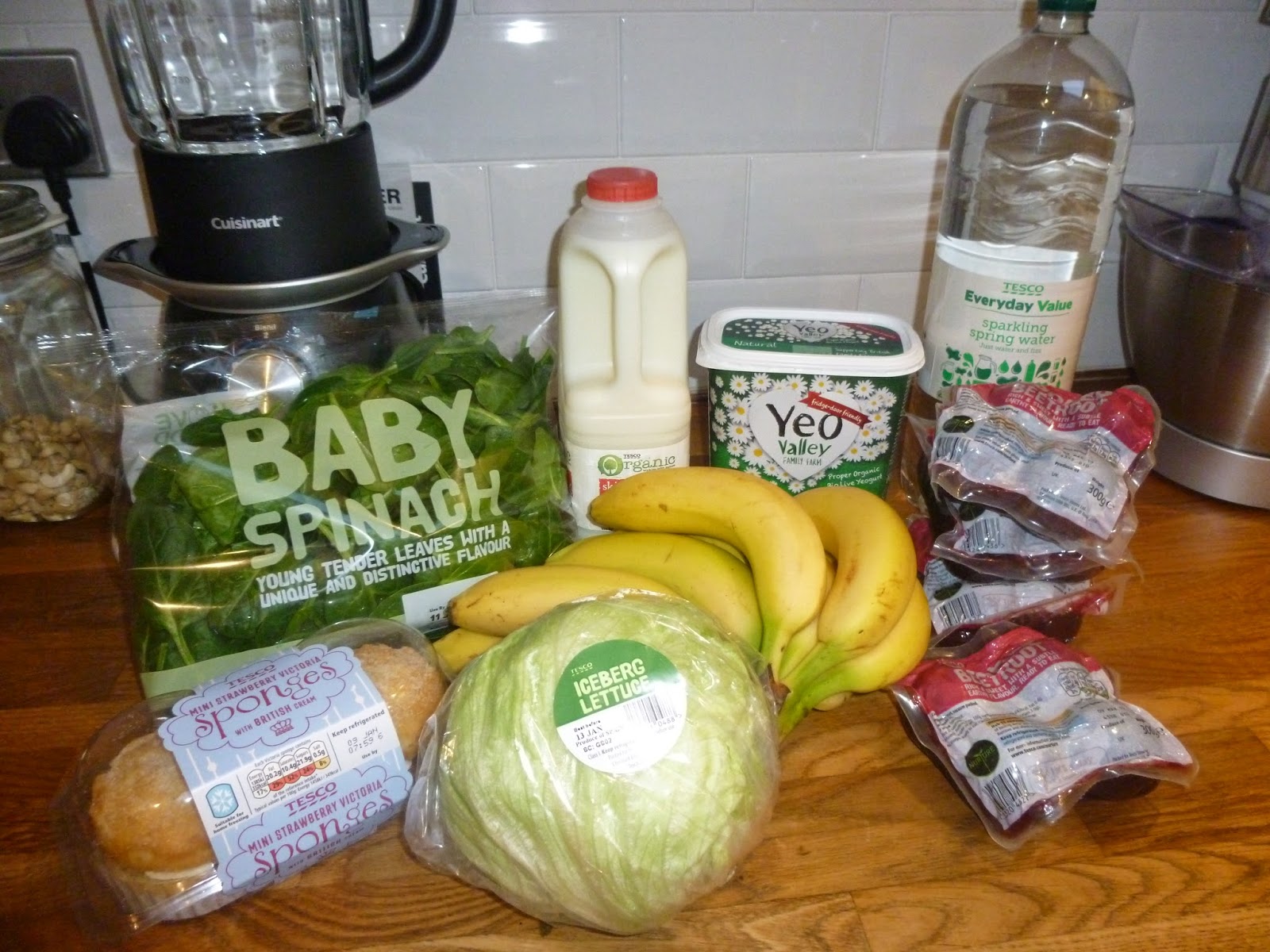 My Mini Challenge for 2015 is simply spending the Sealed Pot money on food to supplement what is in our fridge, freezers and cupboards and seeing how long I can make it last for.

Well at the end of last week I had to bite the bullet and hit the shops, the milk was all gone and I was craving bananas!!  As I am also taking part in Courtney Carver's  Capsule Kitchen Challenge I was determined to only buy things on my list of 33 foodstuffs, and I managed it apart from the little fresh cream cakes which were a little treat for Lovely Hubby's birthday at the end of last week.

You will notice that I also bought beetroot which initially was not on the list, but as it was on special offer and we both love the stuff I decided to swap out Leeks from my list and replace it with  Beetroot.  The leeks I have growing are tiny, tiny and as such will not be harvested for a long time, in the meantime I will have beetroot.  It's good in salads, sandwiches and makes juices look and taste amazing, so it's on the list.

The single bottle of Sparkling water is representing the ten bottles that I bought.  I just couldn't be bothered to put them all up on the work top and then have to move them over to the cupboard and fridge so I just put the one on the worktop for the photo. 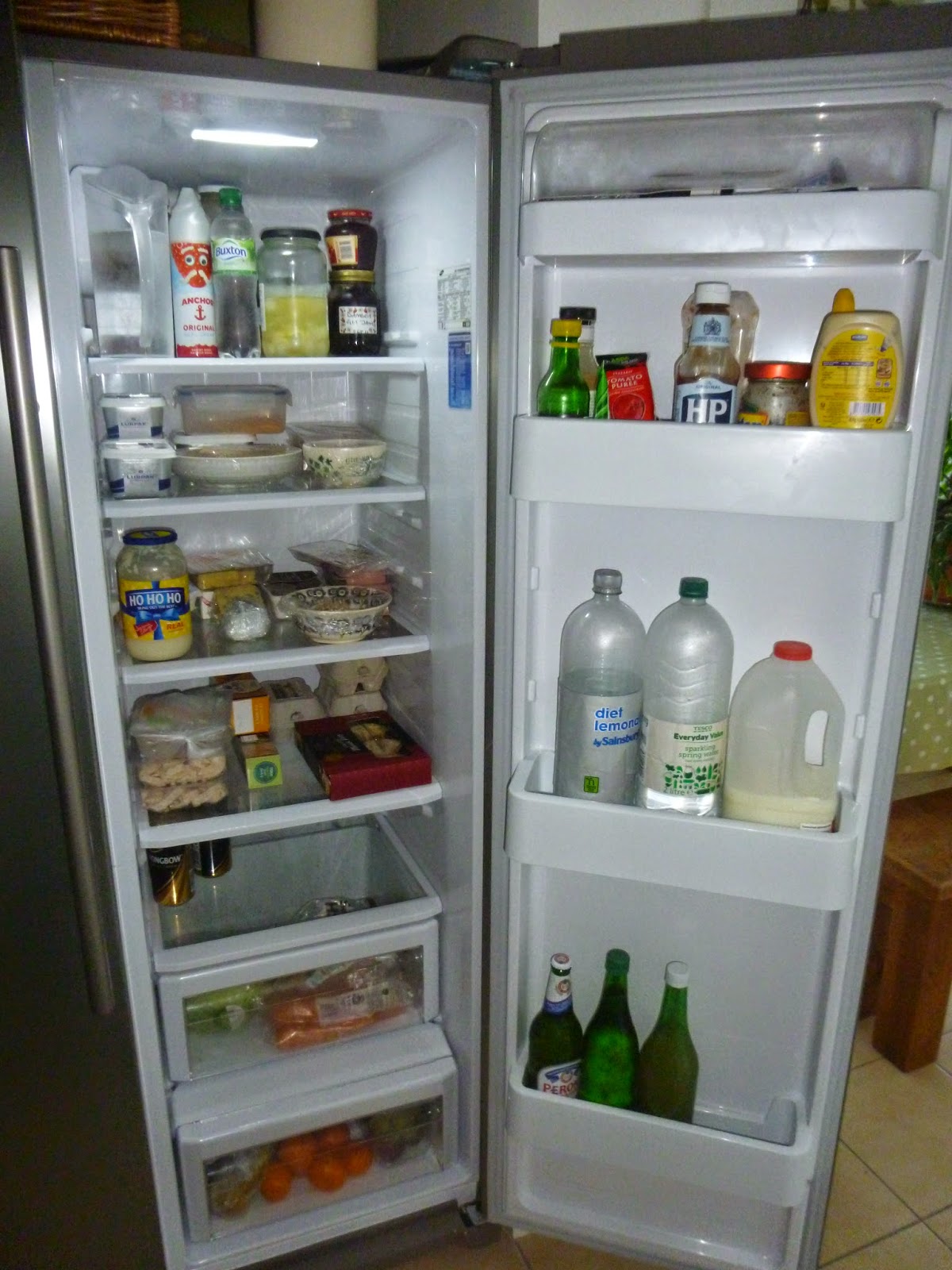 This was our fridge at the beginning of last week, we have chomped our way through some of the foods, and some of the excess Christmas foods have now been popped into the freezer, including the wedges of Stilton that I bought Lovely Hubby, this has now been portioned, individually wrapped and is now hidden away in the cheese box in the freezer with lots of other bits and pieces of cheese.  I love having my 'cheese box' it means that I have a selection of cheeses to vary the taste of quiches, pies and to add to salads, and by freezing them in small portions means that I can have a mixture of flavours and colours, and of course there is also always a box of grated Cheddar and of Parmesan style cheese available to use straight from the freezer. 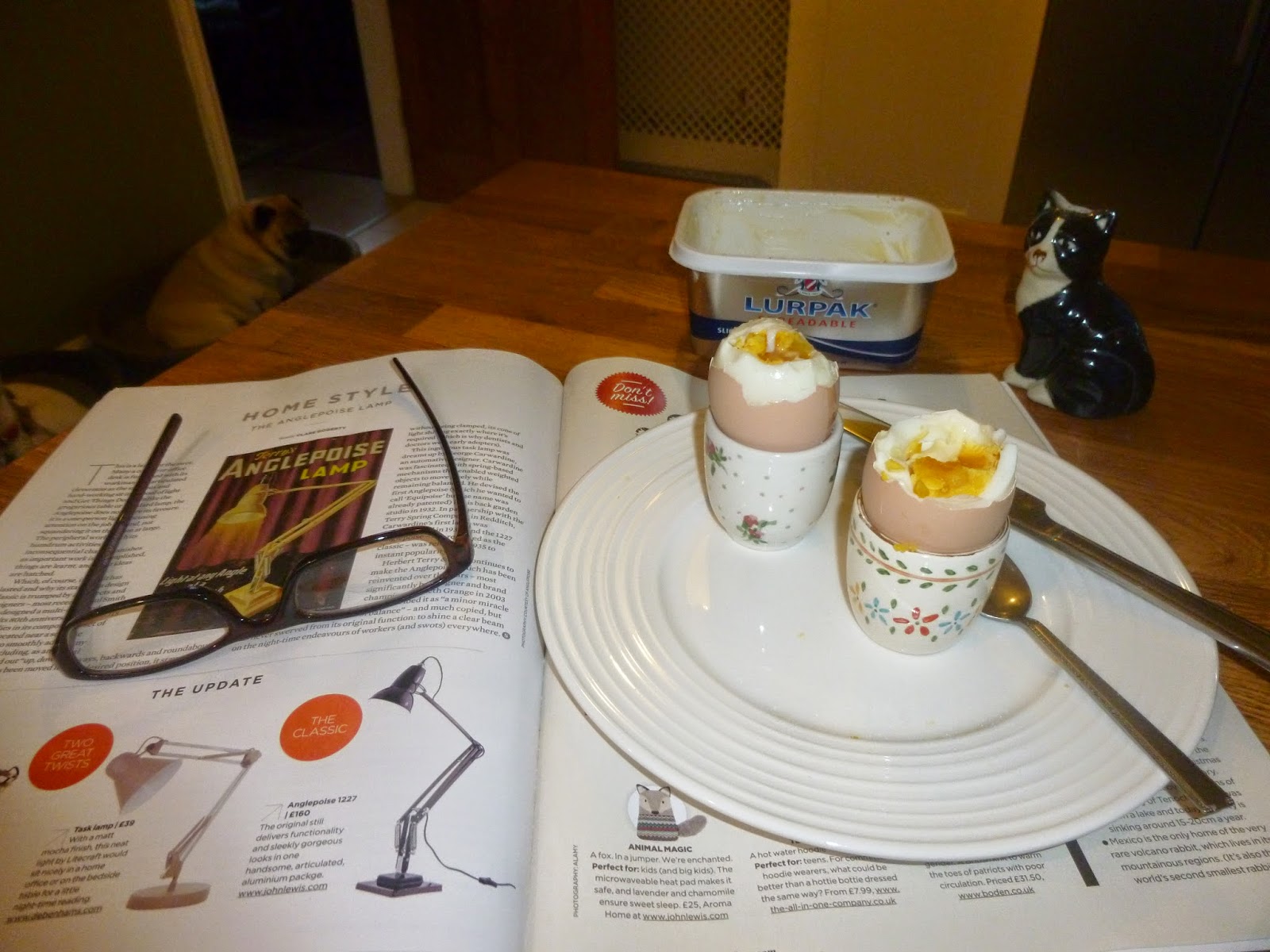 Our hens have started laying a few more eggs now and their lovely offerings are gracing many a breakfast .... 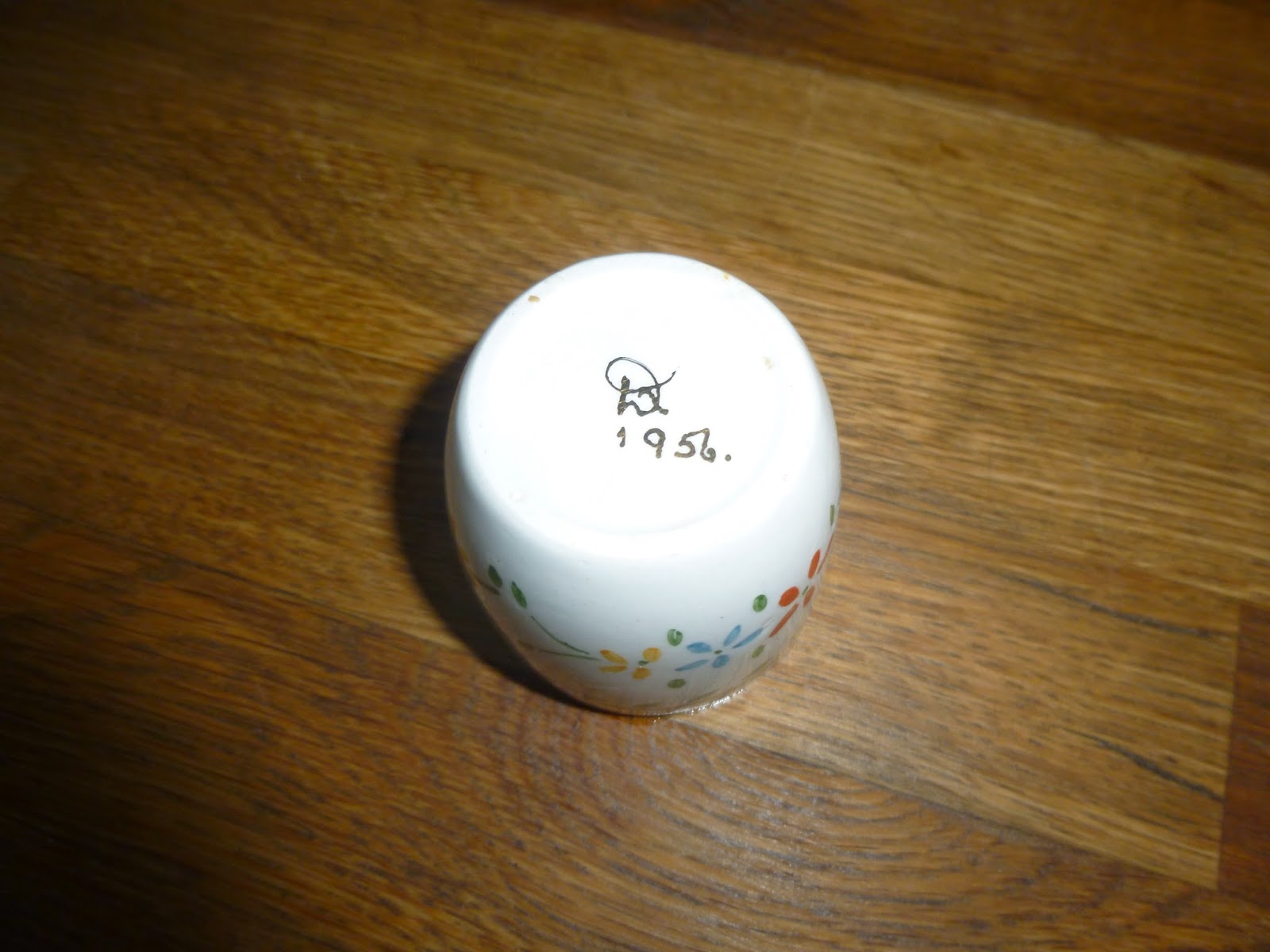 ... and give me an excuse, if ever one were needed, to use my favourite little egg cup.  Hand painted by someone with the initial 'D' in 1956 and picked up by me for 10p at a car boot sale many, many years later.