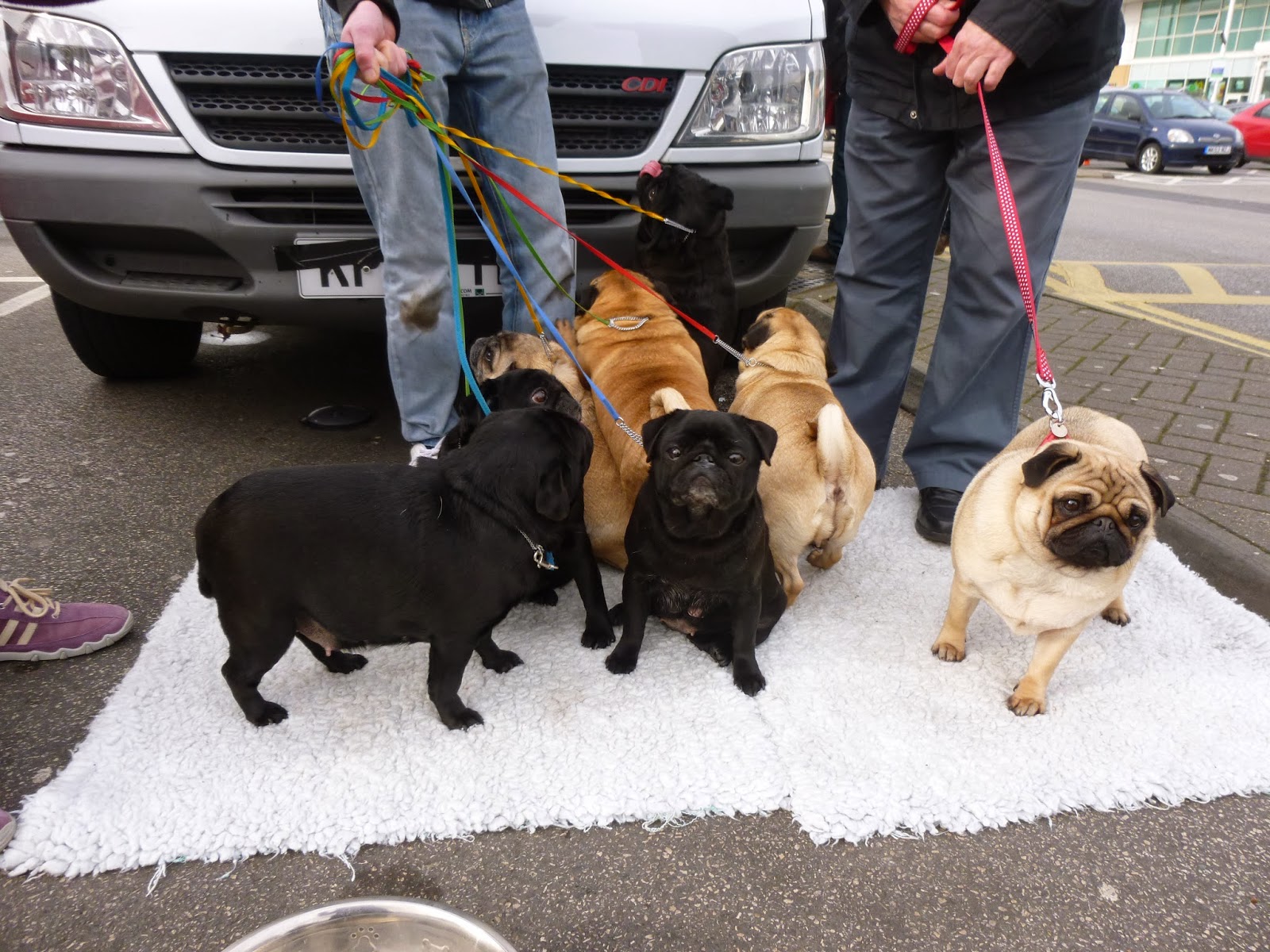 It was a brilliant day yesterday, but unfortunately poor Frank is still missing.  Lots of Pugs and their human friends turned up to show solidarity with Phil and raise awareness of the fact that Frankie is still missing.  So many folk had already seen posters read the Facebook page and heard about what had happened and took more posters from us to spread the word even further.

Asda were brilliant letting us wander round their car park,  putting posters in their staff canteen and letting us have the large van that Frank was stolen from last week parked up near the entrance covered in posters and playing the tune 'Frankie' over and over again. 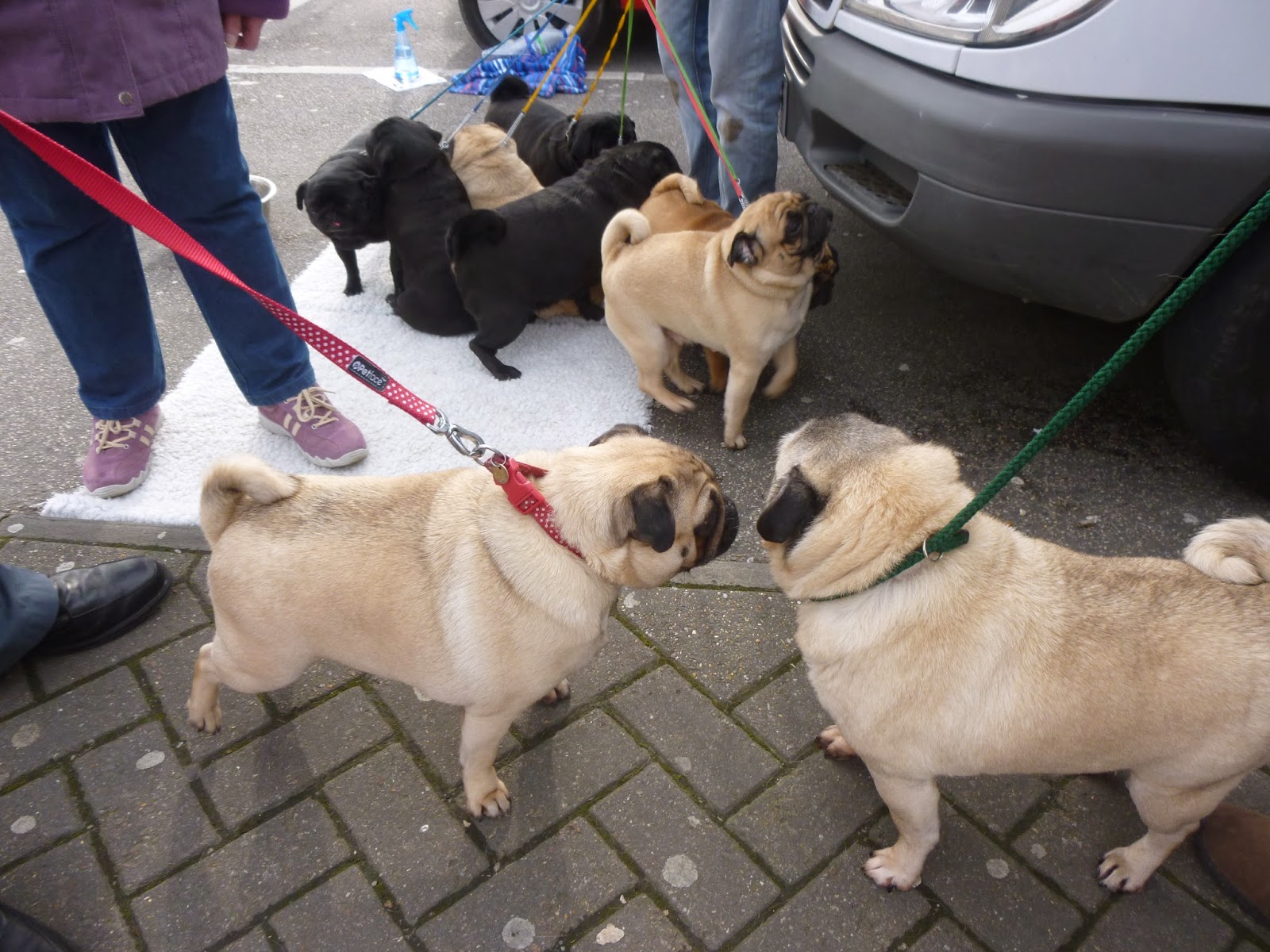 Suky fell in love with a lovely old one eyed Pug.
﻿ 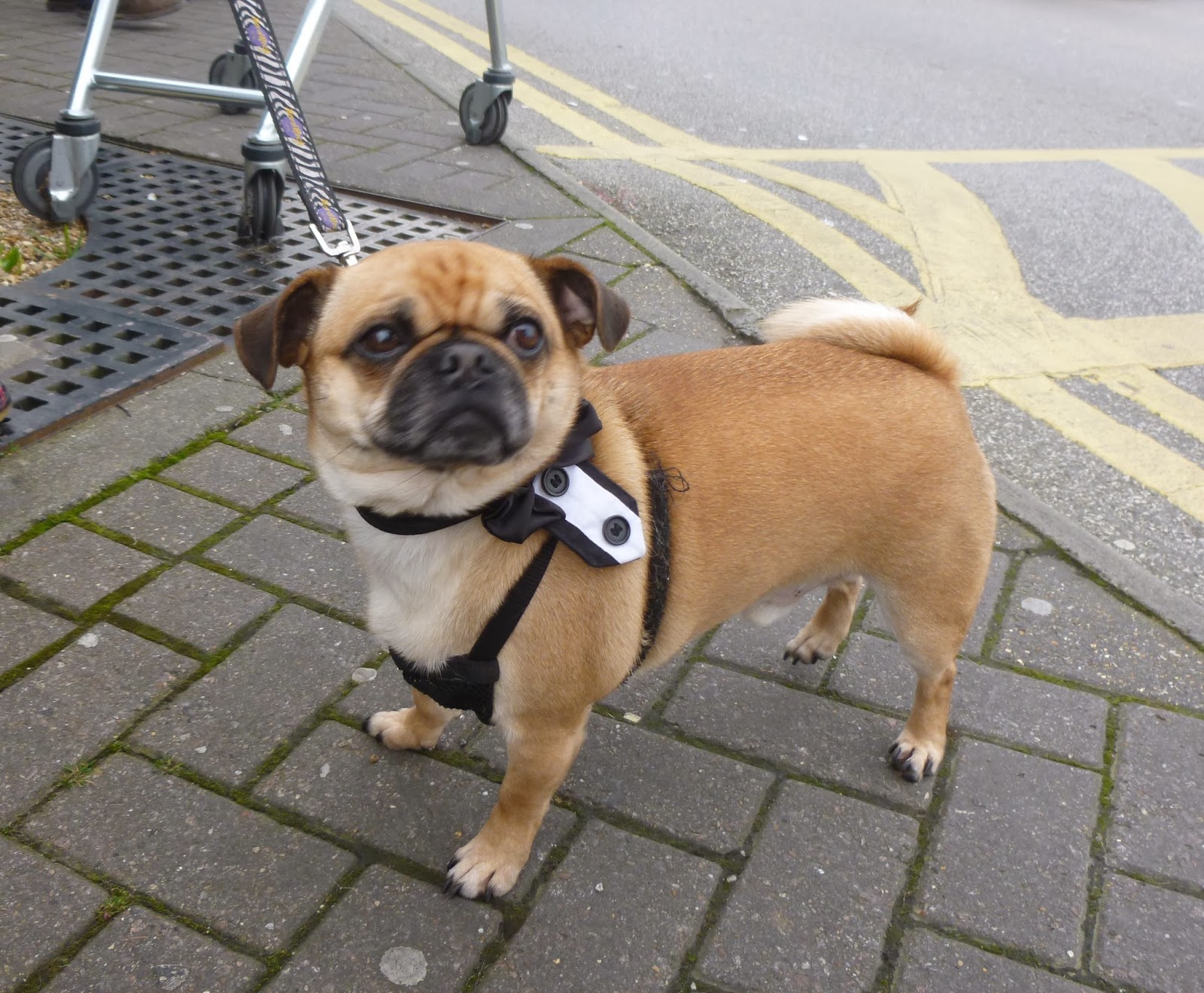 This little Chug (Chihuahua cross Pug) was there with his Mum to show support as was the most gorgeous Standard Poodle wearing a jacket emblazoned with posters. 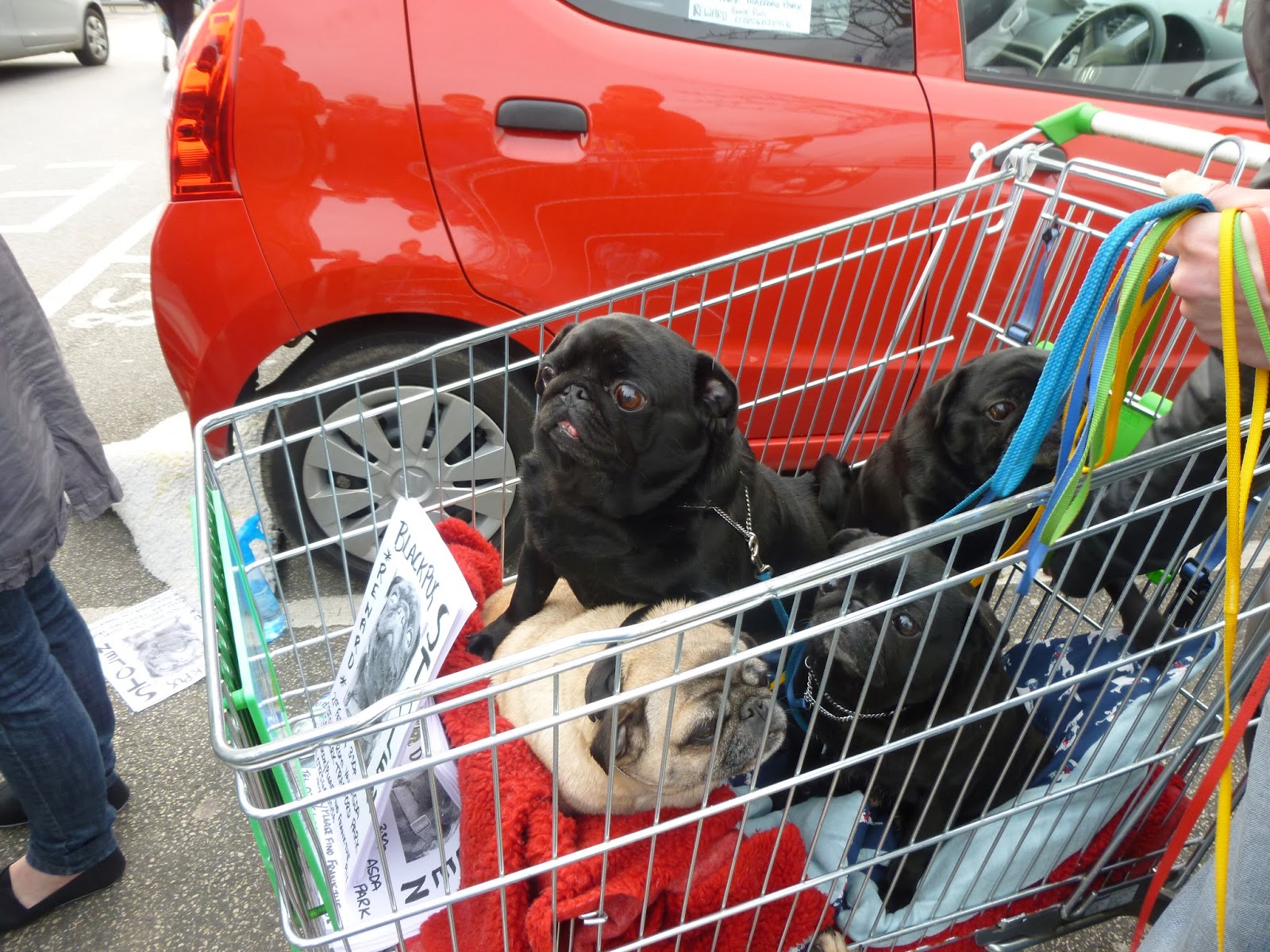 Towards the end of the first couple of hours tired Pugs were placed in shopping trolleys for a rest. 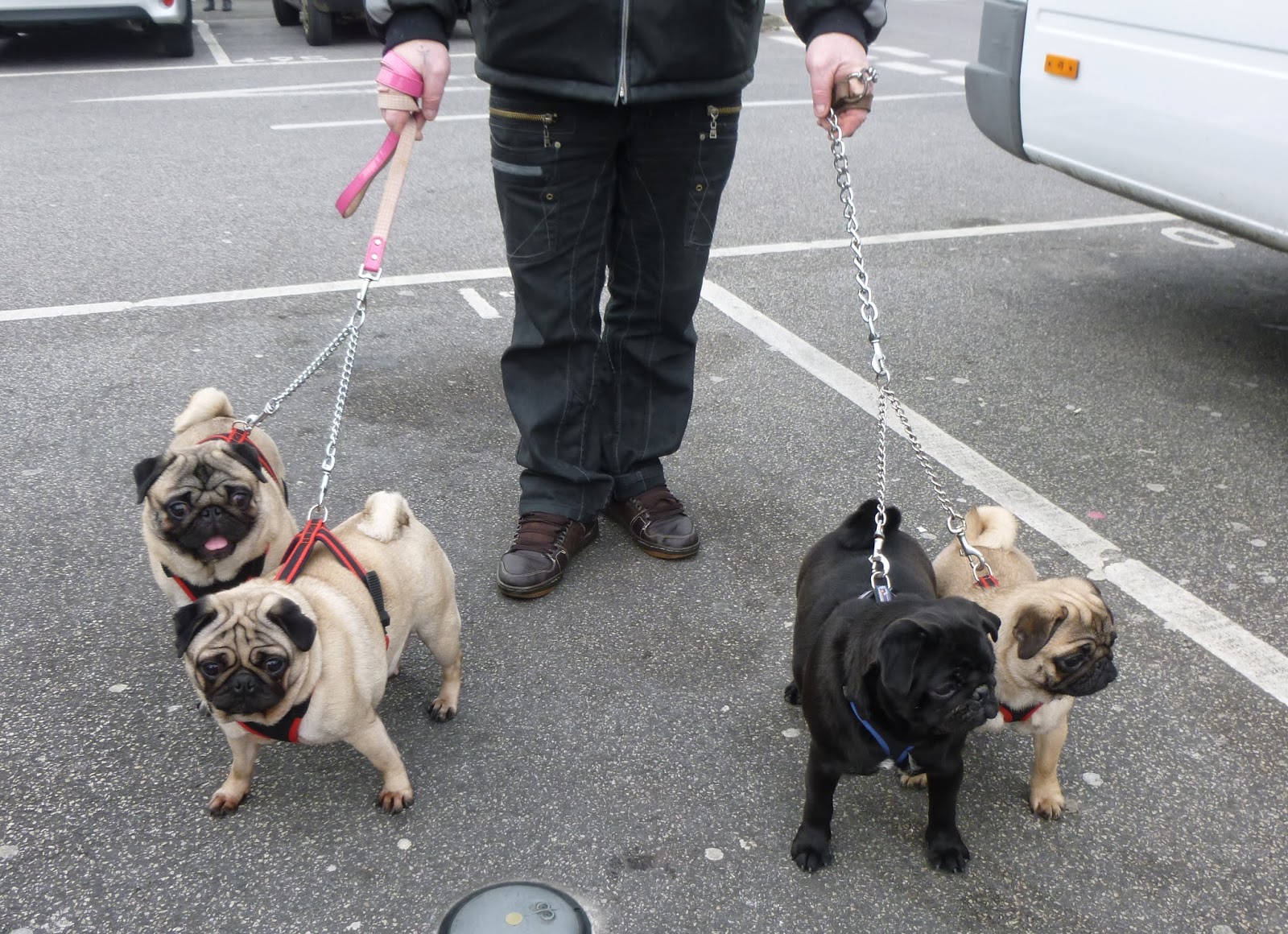 And some more youngsters arrived with their owner.
Everyone worked really hard handing out flyers, chatting to people and raising awareness of poor Frank's plight.
There is a huge £1000 reward for anyone to hand him in and get him back to his original owner Phil, who is absolutely heartbroken to be apart from his beloved pet, friend and little furry soulmate.  There will be no questions asked  and no police involvement. The thief will NOT get this much money by selling Frank on so he can make himself a lot wealthier by simply handing him back!!
We just want Frank back where Fran belongs with Phil.
Please Find Frank the Pug on Facebook
Sue xx