We've just got back from a few days away.

We went to somewhere we've wanted to go to ever since we moved into Wales ... the Royal Welsh Show.

It was as expected absolutely massive,  lots of stands,  lots of animals and lots of people, a heaving mass of humanity all on a ginormous, purpose built, permanent showground in Buìlth Wells, mid Wales.  We hadn't realised just how huge it was until we got there, really it would take two days to get to see everything and to be able to watch more of the animal competitions.

This time we focused on the pigs, as that is what we will probably show there in the future.  Pigs are nowhere near as common as sheep in Wales, but they are Alan's first love and what we always planned to put in our woodland.  We took the opportunity to join the Wales and Border Counties Pig Breeders Association and had a good chat with some of the committee members while we were there. 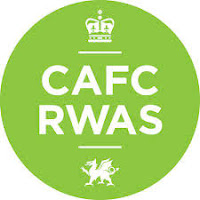 Now we're home, tired and foot weary but full of ideas.  The dogs have just been picked up from the kennels, the poly tunnel has been watered and four more chickens have just been purchased from our local chicken breeder as we lost three girls last week and numbers were down.

It's been a busy few days, so now it's time to catch our breath and get back to normal  ... or as normal as things can be with a chicken sat on the conservatory step shouting for my attention 😊