Death to the Food Thieves 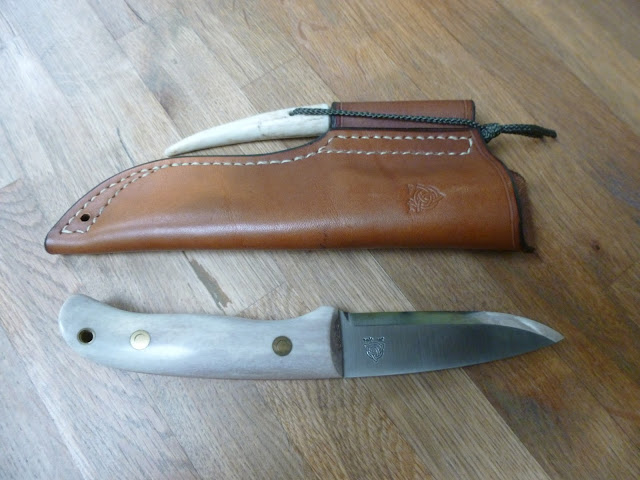 If we are to have any chance of self sufficiency I do realise that meat has to be on the agenda.  Not for me I hasten to add, I could no more eat a pork chop than I could chow down on one of little Suky's legs, but Lovely Hubby is a meat eater through and through.

Last weekend saw the first proper go at keeping down the pesky food thieves on the hillside whilst putting meat in the freezer.  Two humongous rabbits were shot with the high powered air rifle and
using his woodsman's knife (lost since the move and just recently discovered), he skinned and jointed the two 'victims'. 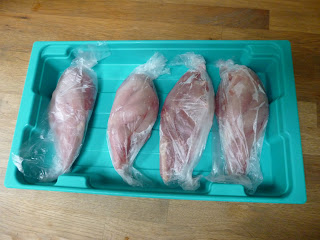 The dogs had a wonderful supper of cooked rabbit trimmings and four large fillets were prepped for the freezer.  I must say that Lovely Hubby did all this very discretely with me up in the office on the computer while the butchery went on in the kitchen ..... with a rapt audience of dogs.

The only thing is now that she has tasted cooked rabbit I have visions of Rosy bringing her rabbit kills back to the house for cooking instead of eating them on the hillside .....yuk!! 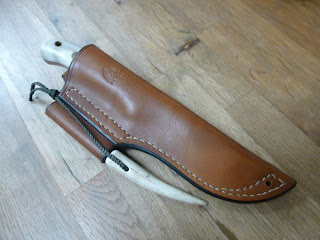 Lovely Hubby's knife was made by Ben Orford who we met at River Cottage way back in 2010 (see HERE).

As well as buying the knife we bought a couple of kitchen utensils and after seeing us scraping together all our available paper money to pay for the knife (he didn't take cards) Ben made me a lovely Spurtle on the spot. 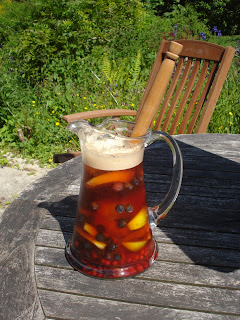 It's something I use to this day  .... although rarely for porridge!!

Hopefully in the future as well as rabbit for the freezer we are hoping to have our own chicken, lamb, and pork products as well as other cuts of meat that we may be able to barter for.  If you're doing this self sufficiency malarky you do sometimes have to do things you might not completely like.

Although we have decided to help me stay sane, that the large chest freezer that will be holding the meat is moving out of the house and into Lovely Hubby's new workshop as soon as it is built.  The house freezer will hold vegetables and just the week ahead's meat.

Subject: Sex after Death  A couple made a deal that whoever died first would come back and inform the other if there is sex after death. Their biggest fear was that there was no after life at all.   After a long life together, the husband was the first to die. True to his word, he made the first contact:
"Marion . . . Marion . . ." "Is that you, Bob?""Yes, I've come back like we agreed." "That's wonderful! What's it like?"> > "Well, I get up in the morning, I have sex, I have> breakfast, and then it's off to the golf course. I have> sex again, bathe in the warm sun and have sex a couple of> more times. Then I have lunch (you'd be proud - lots of> greens). Another romp around the golf course, then> pretty much have sex the rest of the afternoon. After> supper, it's back to the golf course again. Then> it's more sex until late at night. I catch some much> needed sleep and then the next day it starts all over again.""Oh, Bob, are you in Heaven?"
"No...I'm a rabbit in Shropshire."

Labels: Days Out, Self Sufficiency, Weekend