Starting Off With a 1p Coffee - Updated 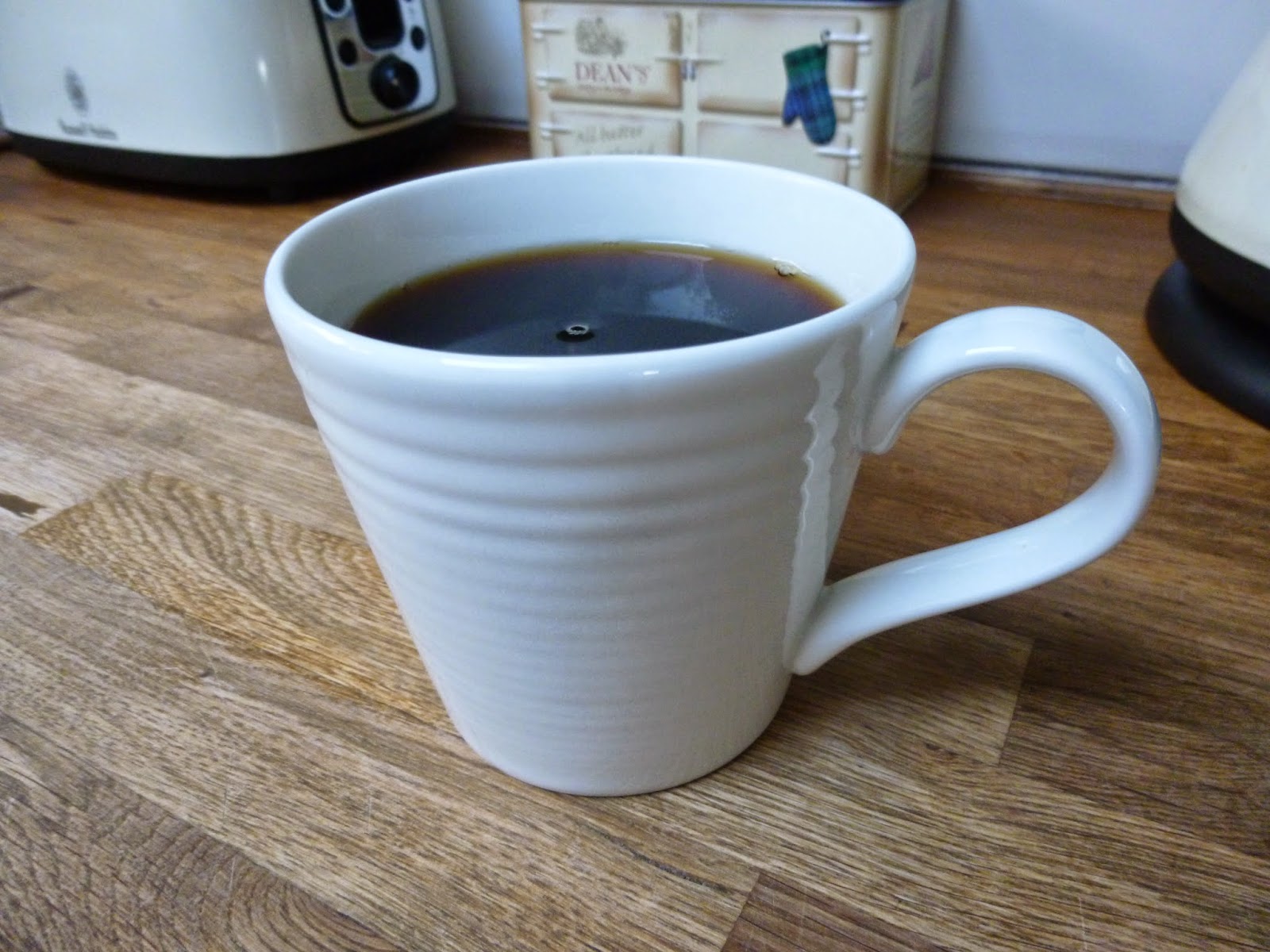 Well my day started off with a 1p cup of coffee, thank goodness black and unsweetened is the way I drink my coffee all the time  :-) 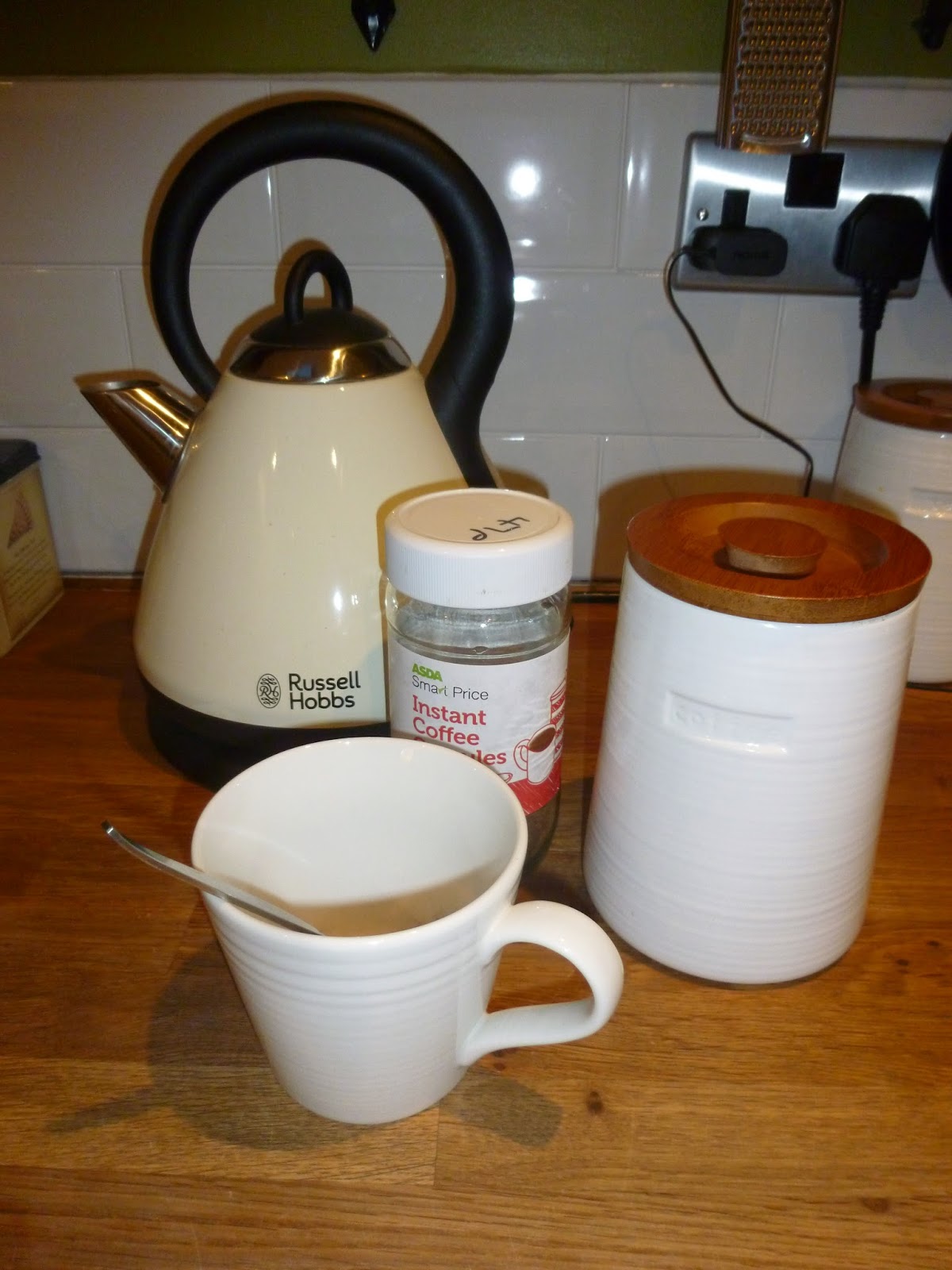 I tipped the jar of 47p coffee into our usual coffee container on the worktop so I won't get confused during the five days and use the wrong coffee, the normal coffee is back in it's jar in the cupboard.  Well I say tipped but I actually took the opportunity to count the teaspoonfuls of coffee that you get in a 100g jar.  The way I drink it, a pretty heaped teaspoon for each mug, you get 45 cups of coffee in one jar, so for ease of maths I'm counting each cup of coffee that I have as 1p. 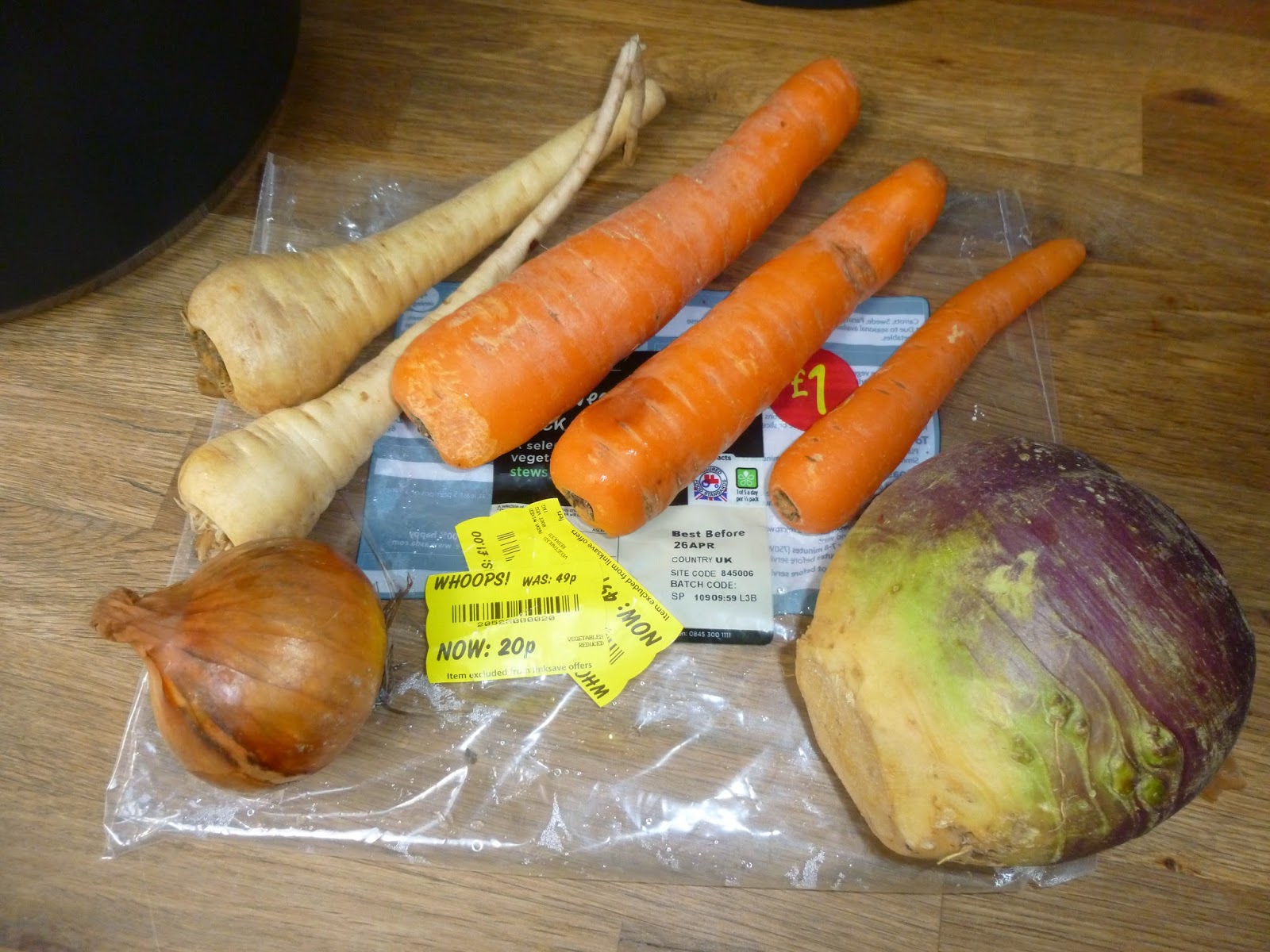 While my bread was in the toaster for breakfast I tipped out the contents of my bargain 20p stew pack of vegetables, all of them were looking reasonably healthy, a spot of dampness on one carrot and a bit of mould starting on the onion, but nothing that a bit of peeling wouldn't get rid of. 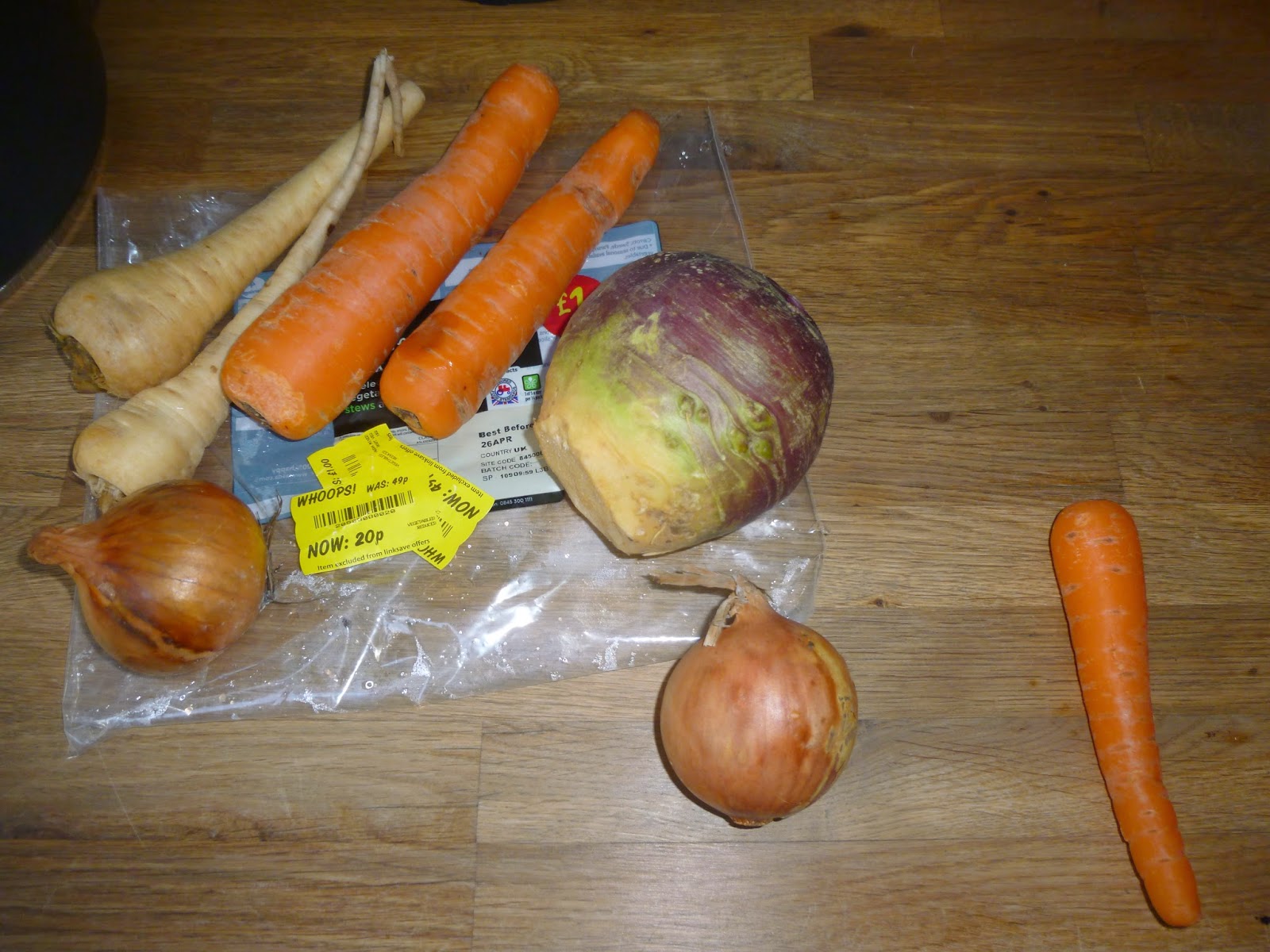 I decided it might be useful to have an extra carrot in my repertoire, so I took out the smallest and fittest looking carrot and added in one of my onions from the one kilo bag of onions, which I have worked out cost me 5p each. 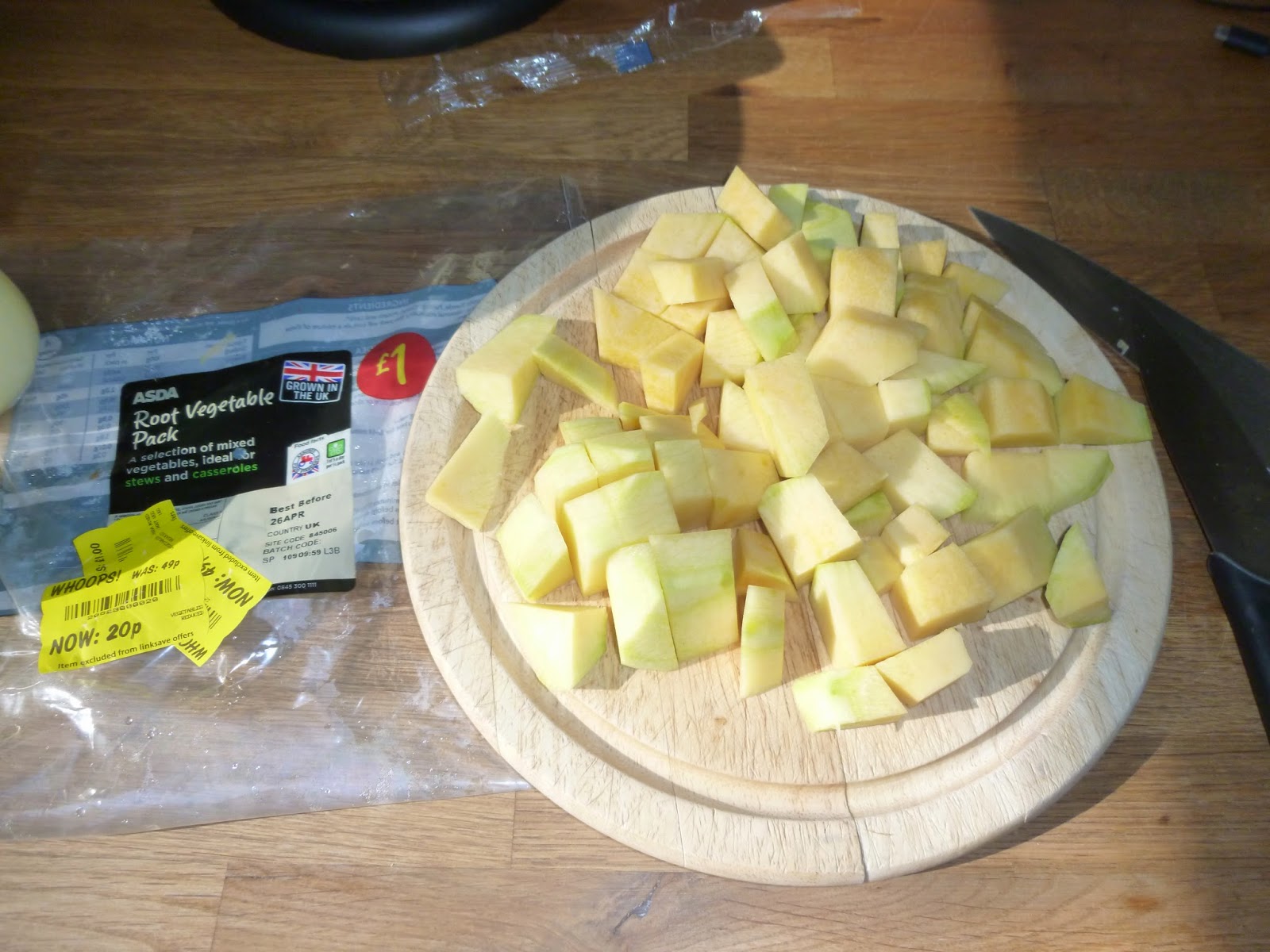 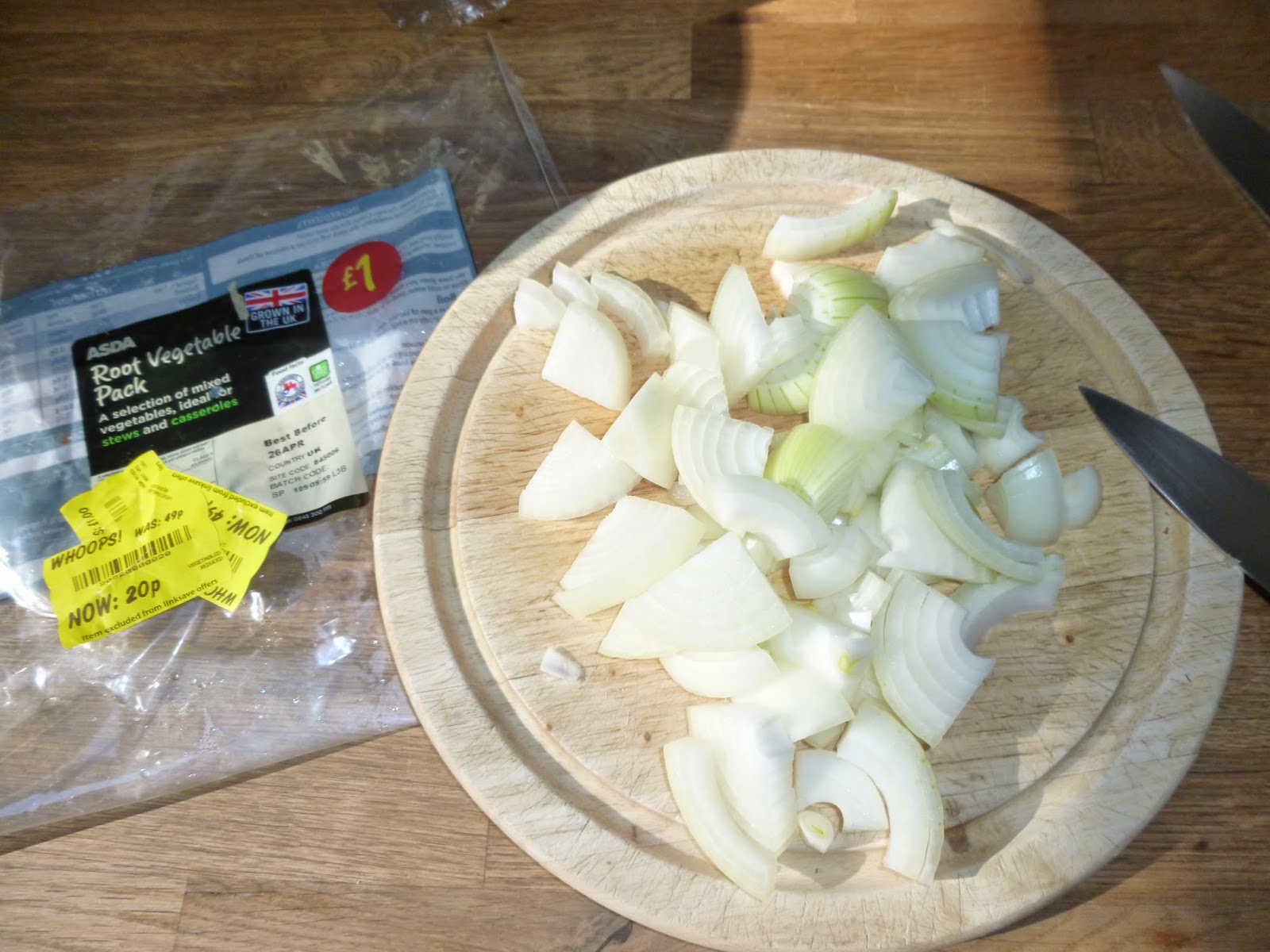 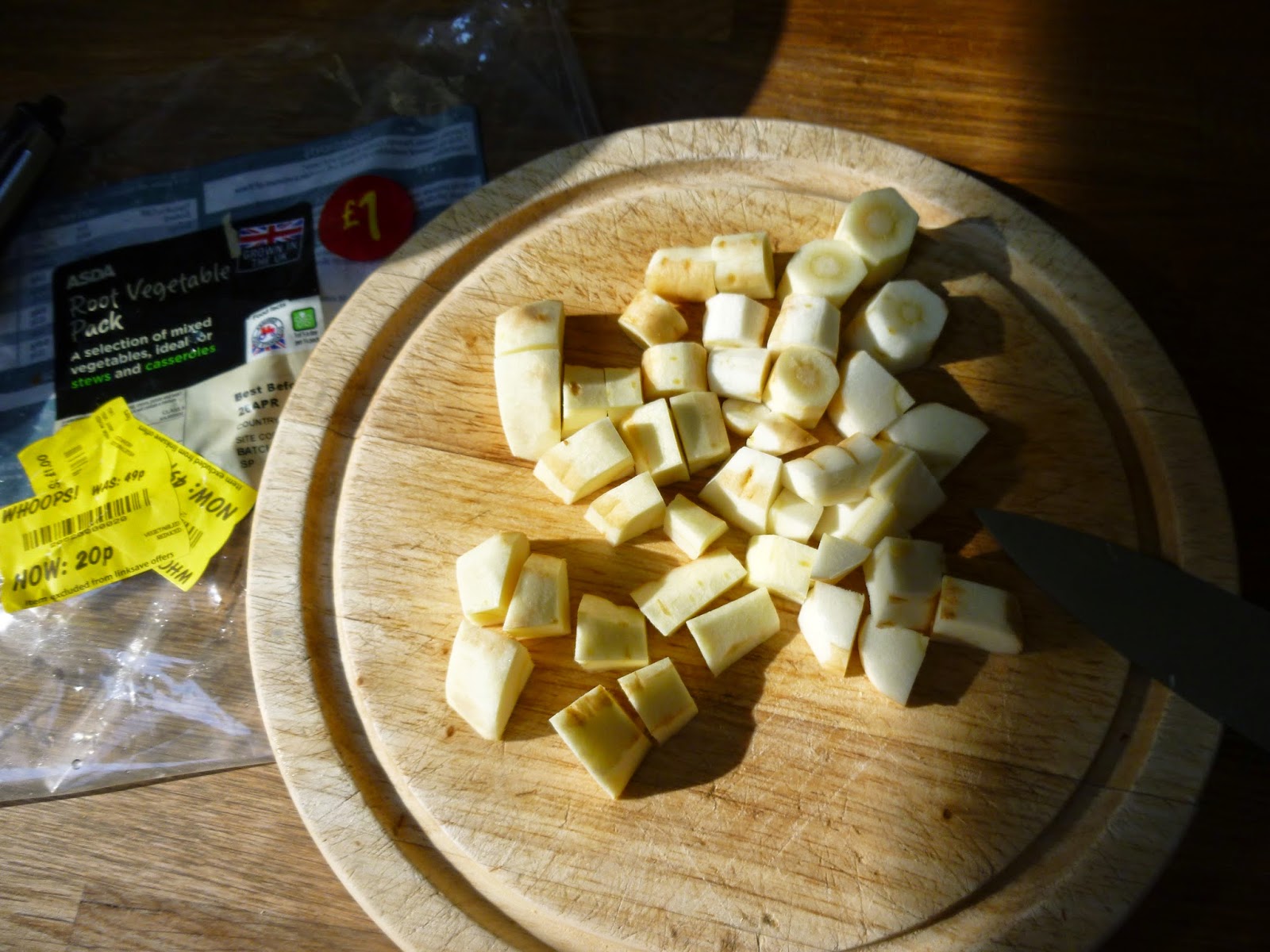 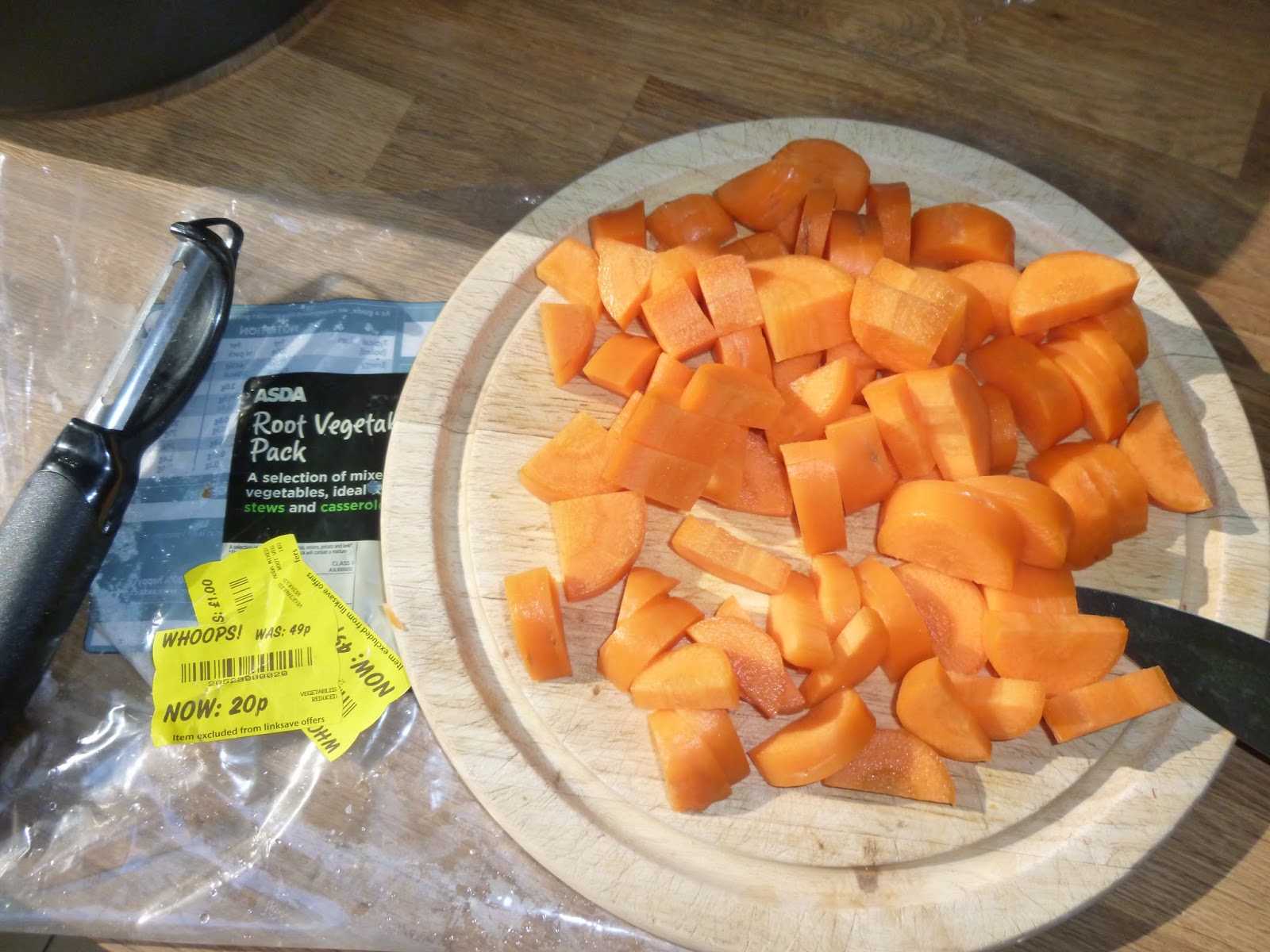 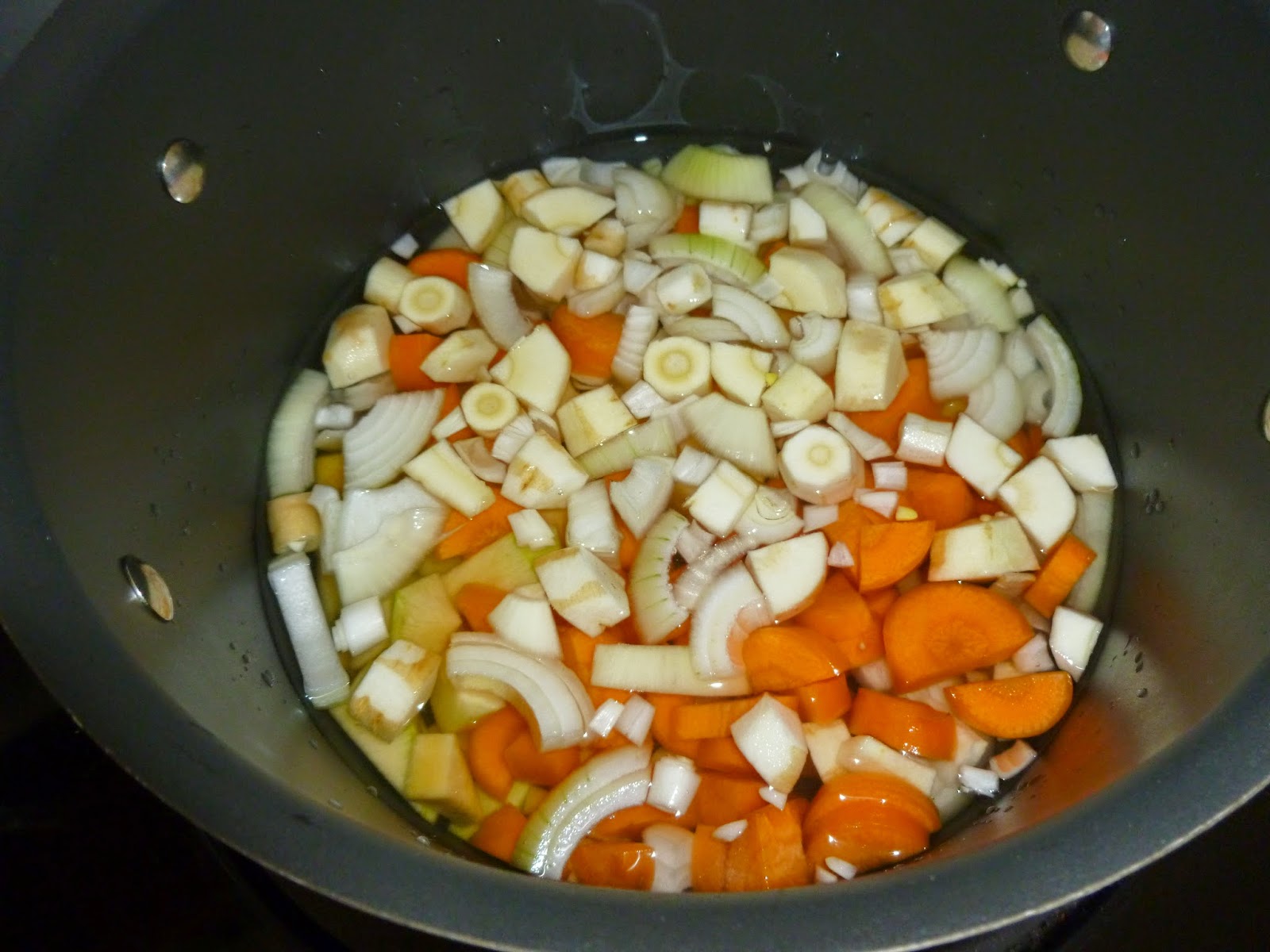 .... make one pan half full of simmering soup.

Rather worryingly it all looked a lot smaller and less volume once it was chopped and simmering, I'm hoping it was just the big stock pan that I used, I'll be able to see how many meals this is going to make once it comes out of the Aga and is whizzed into soup. 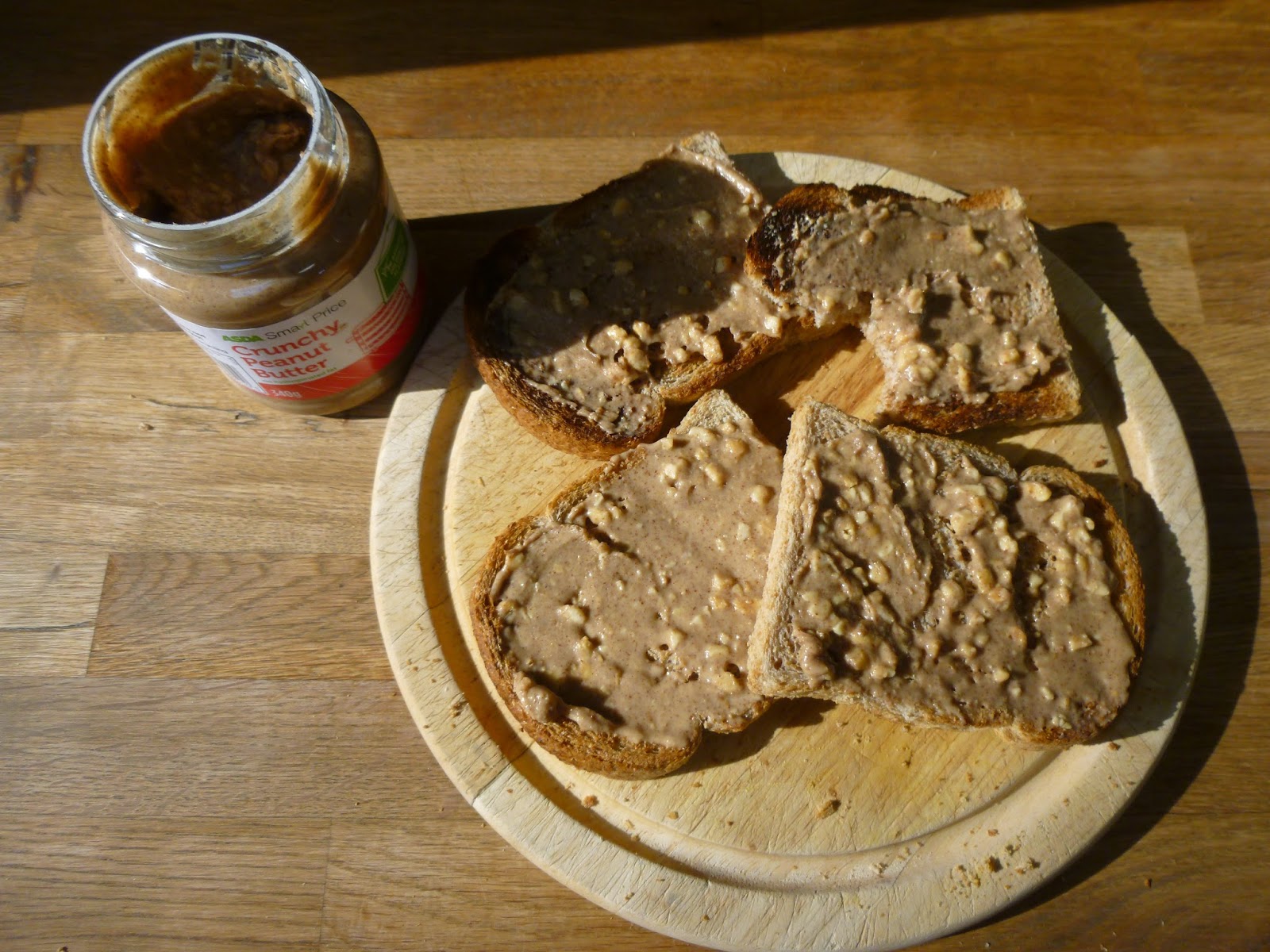 Then I sat down with a quarter of the jar of peanut butter spread on the four rounds of toasted bread for my breakfast..

Total cost for breakfast (including 2 cups of coffee) =  18p

Back later with an update. 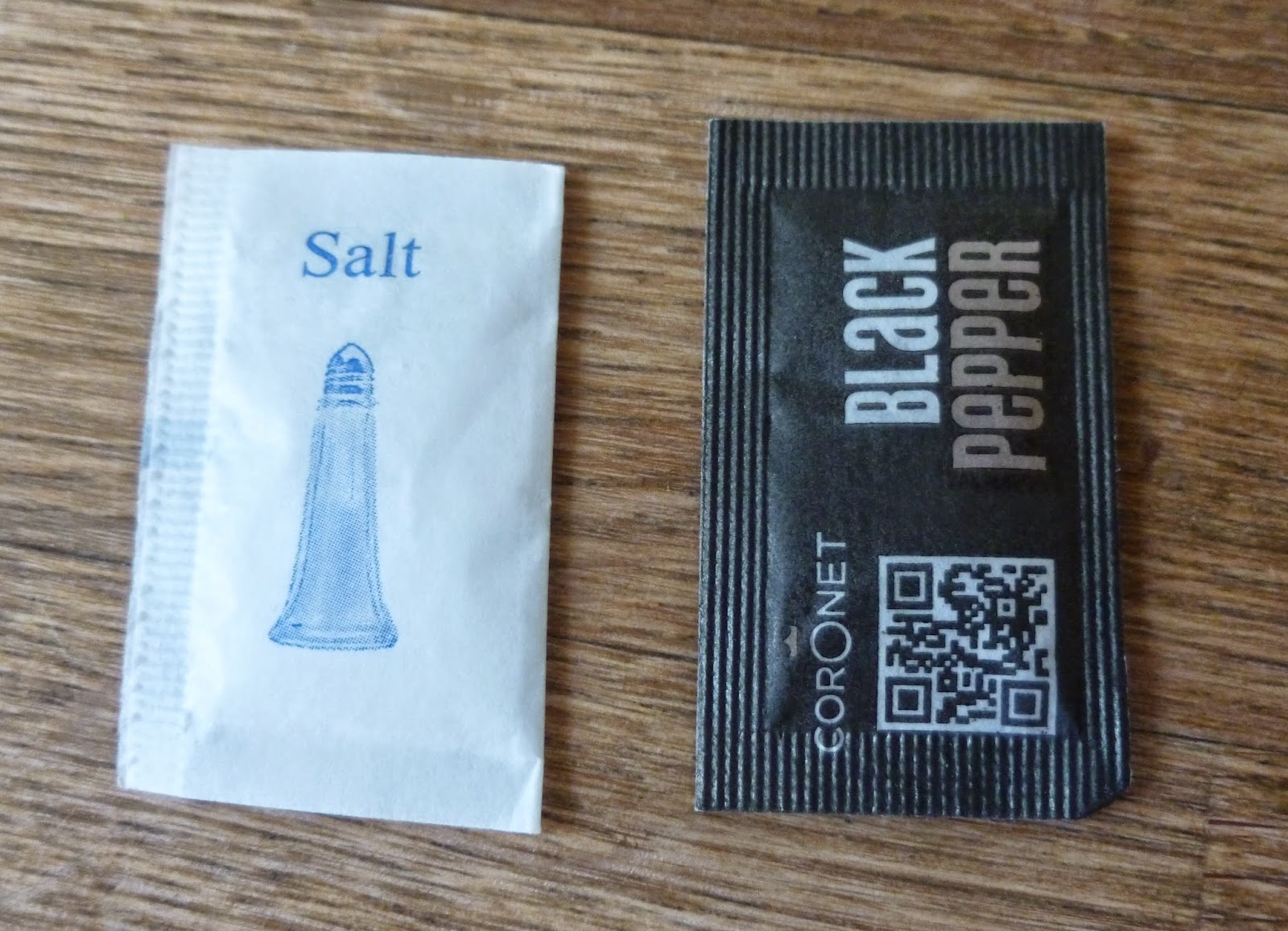 There I told you I would be back!!

When the stew/soup was cooked I had a taste and it was a bit bland, so I decided to make a purchase ... 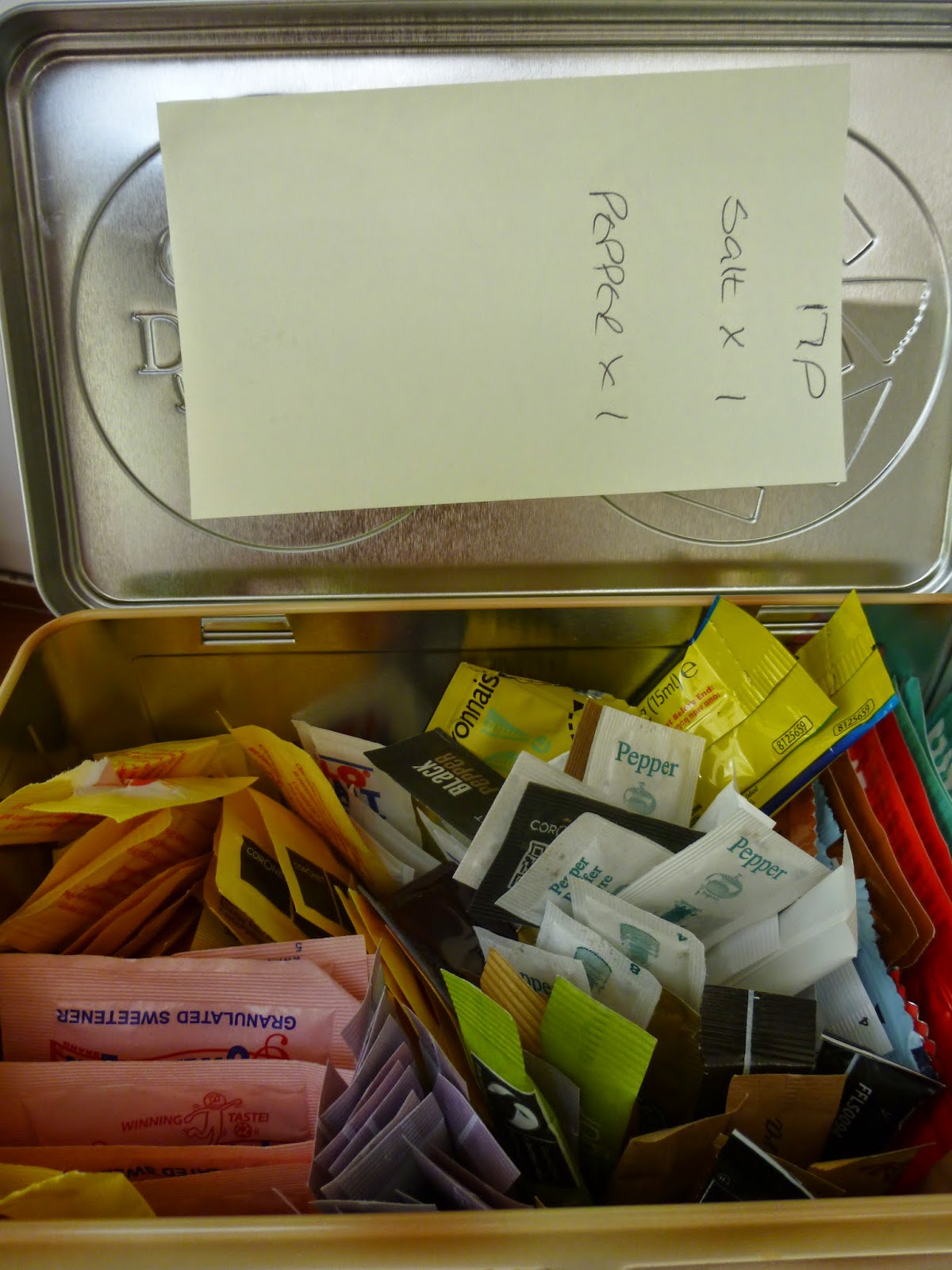 ... from my freebie Sachet Stash. 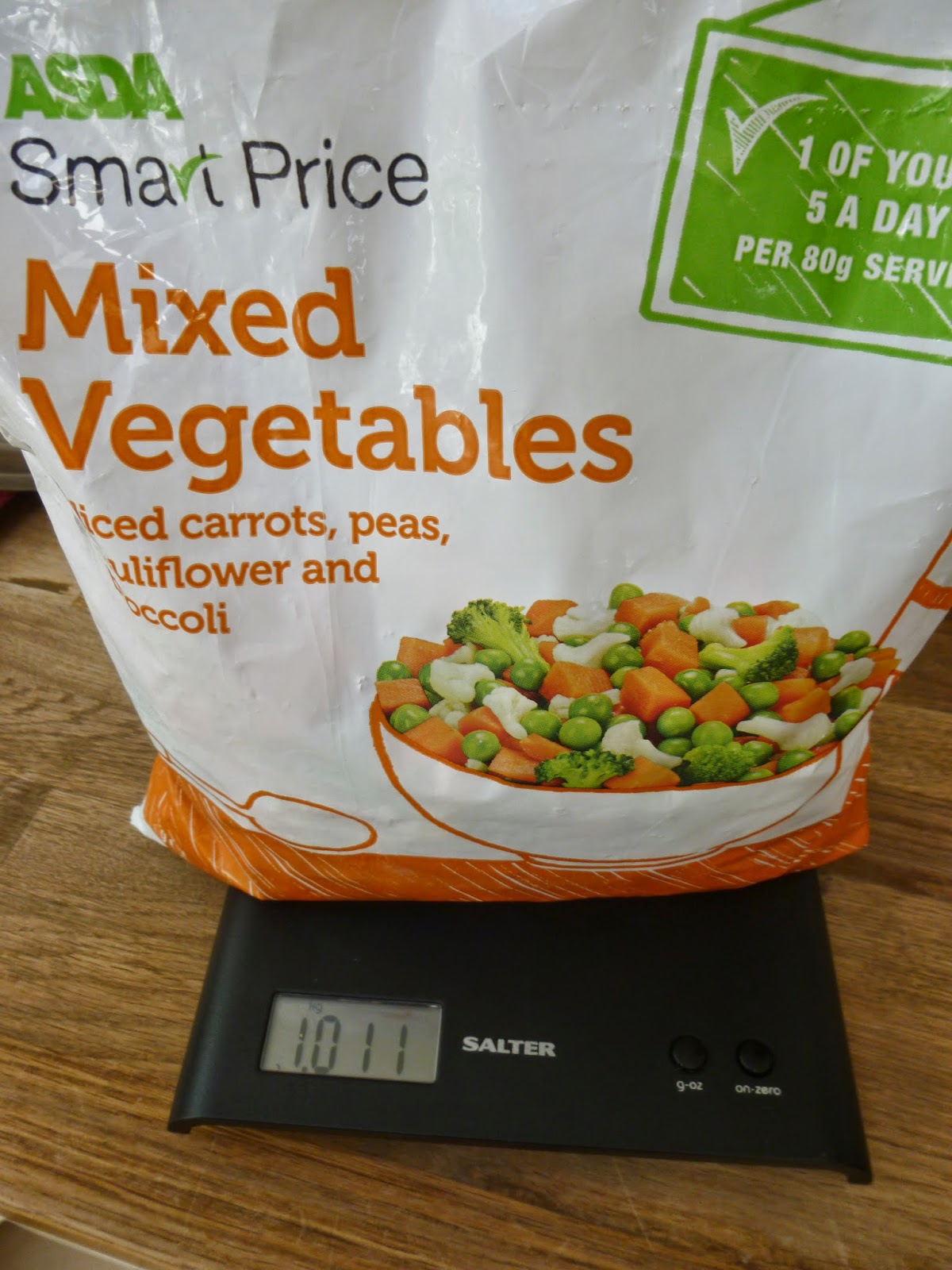 And as my frozen Mixed Vegetables weighed in at 11g more than the promised kilo, I picked out a few peas to add a dash of colour to today's lunch. 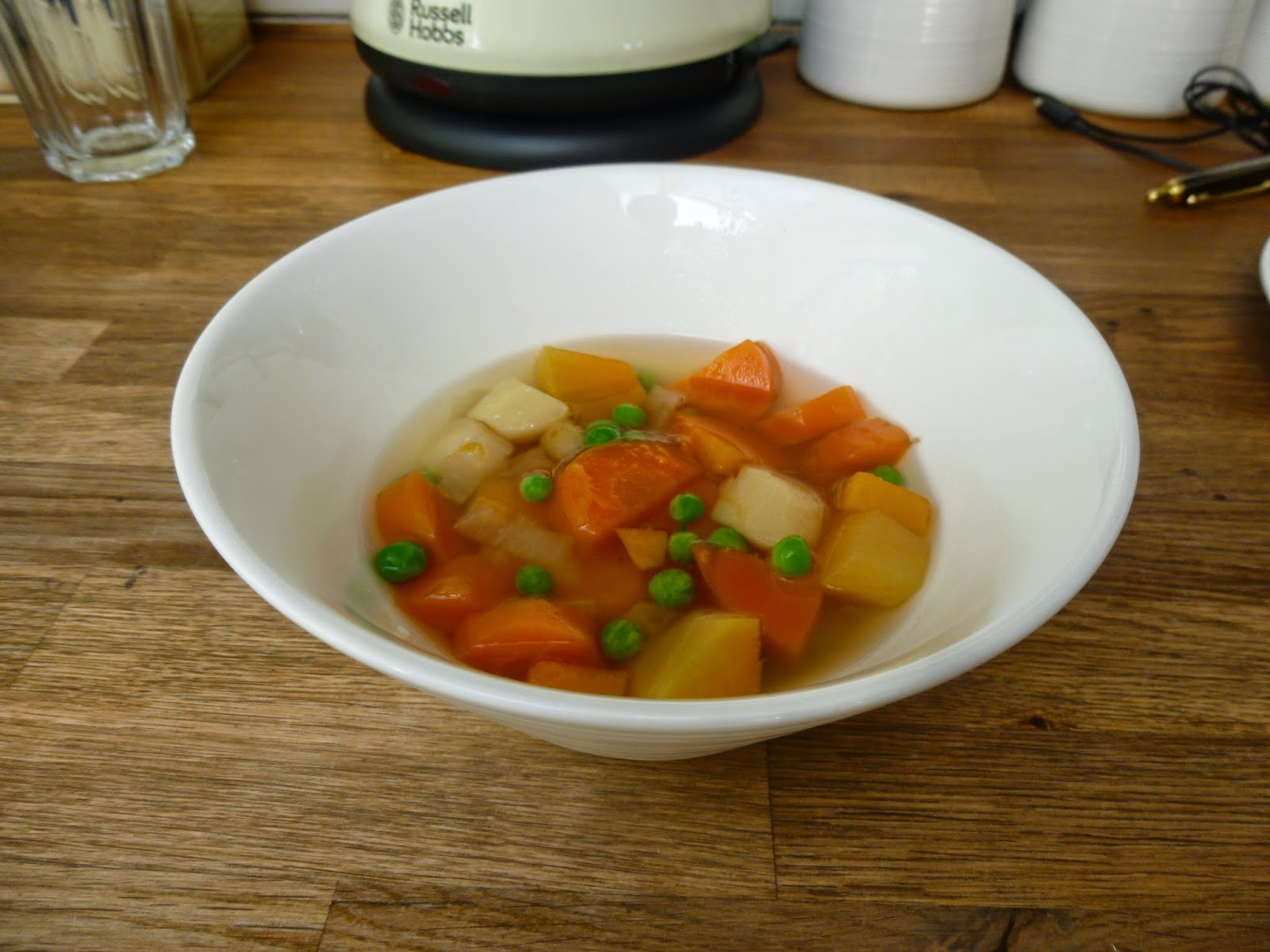 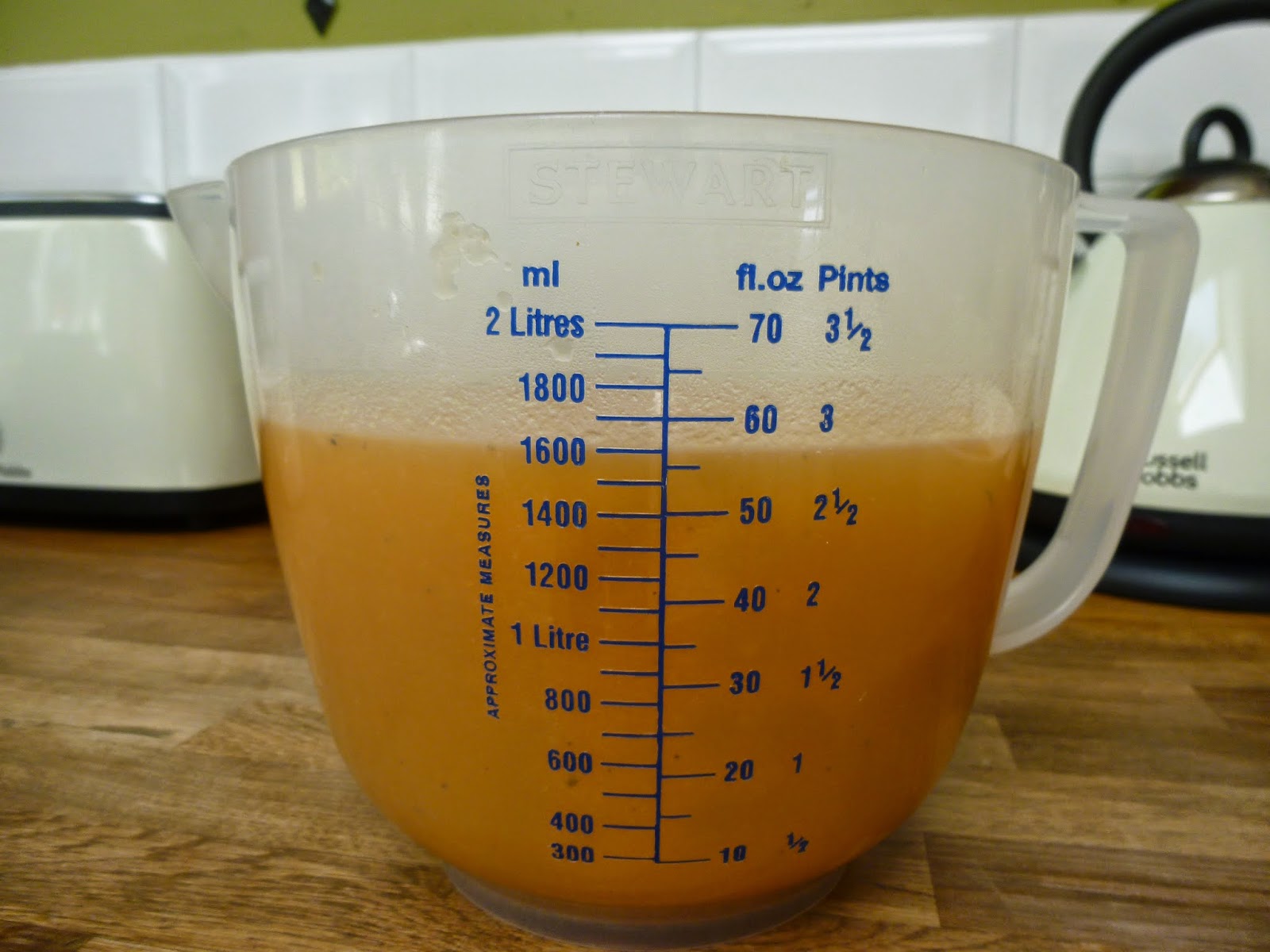 A good amount of soup left over. 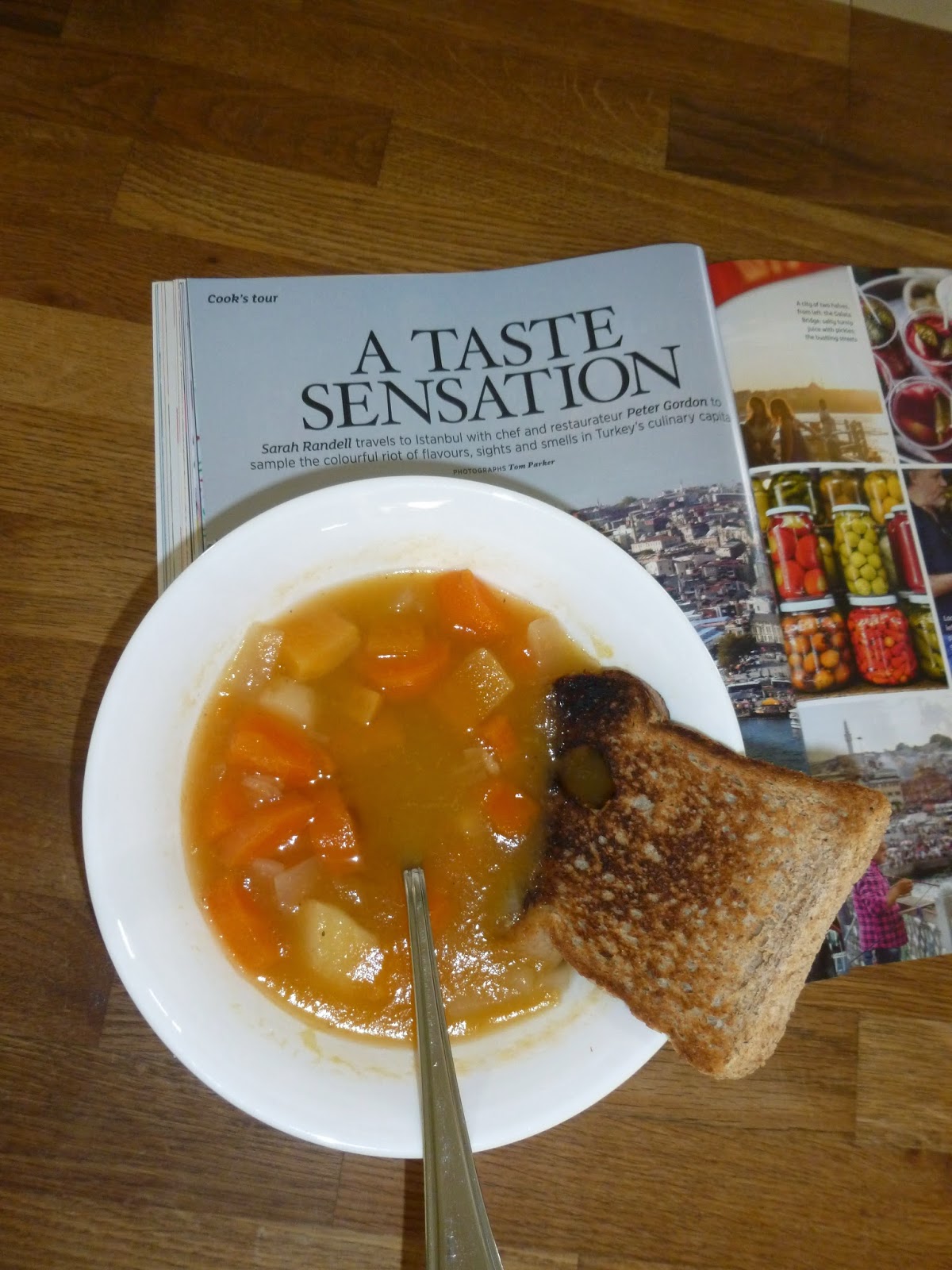 A happy coincidence, but not quite an accurate statement .... it was good stew just not 'A Taste Sensation'  :-) 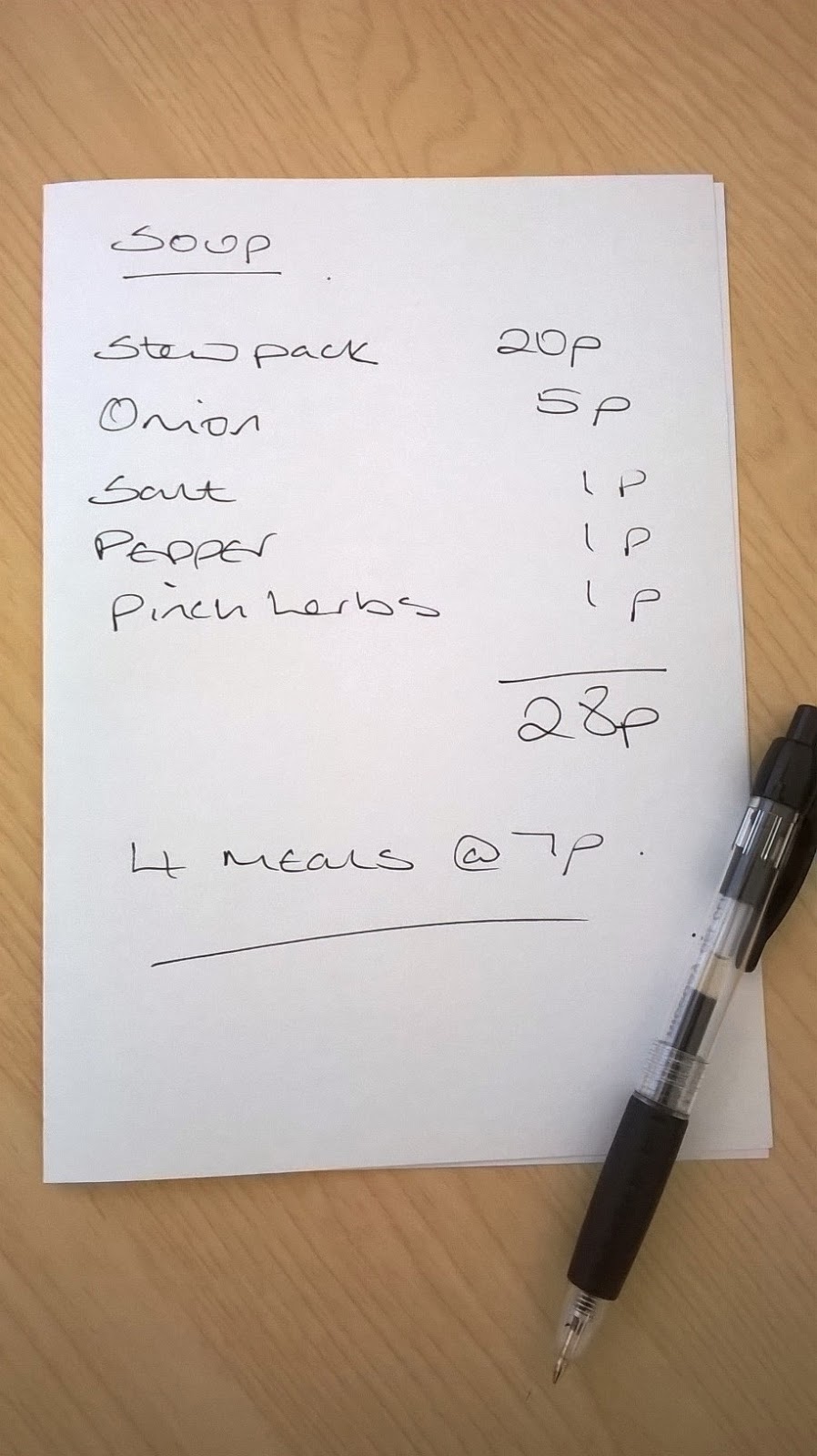 The pricings for four meals.

One is now in the fridge for tomorrow's lunch and two are safely tucked into the freezer for later in the week.

Why am I doing this you might be asking yourself .... well I can't say it any better than THIS is explains it all so well.

To visit my fundraising page go to HERE

BIG THANKS today go to Nicola H, Chris Barrett ... in memory of my cousin Tony, and Joan Shaw (my Mum) for their wonderful donations.  Thank you.

Labels: Challenges, Live Below the Line