Potting On ... and Cups of Coffee 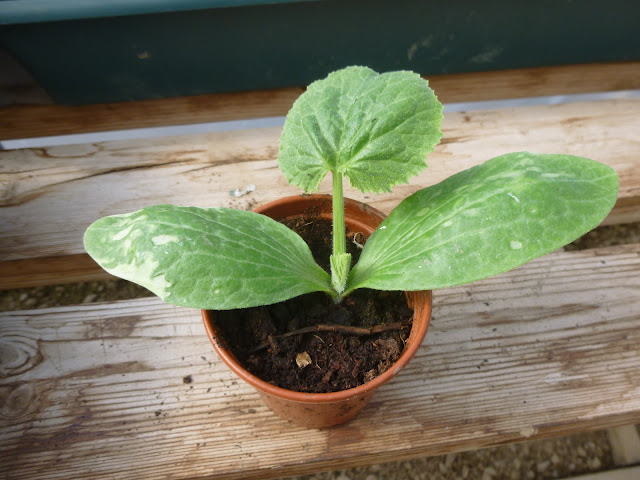 It's been a busy week this week, potting on vegetable seedlings in the polytunnel.

This little beauty is one of my many courgettes, I also have marrows and cucumbers who look almost identical, all now nestled in their own first little plant pots, but it won't be long until they are in their final positions in the raised beds at the rate they are growing.

Who knew so many of my tomato seeds would do so well, I used some of my oldest seeds to get them used up and they were such healthy little seedlings that I have potted them all on.  So after I have planted enough for us in the polytunnel and net tunnel next month I will sell the surplus plants at the next car boot sale we do or at the farm gate just to make a bit of vegetable profit and fund any purchases we need to make. 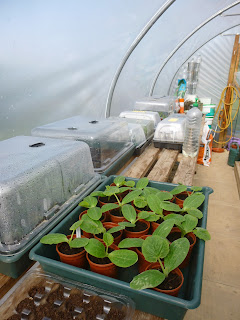 The workbench is filling up nicely, this was it at the start of the week, now there's no bench space to be seen it's all covered with trays and pots, as is the bed down the centre of the tunnel. 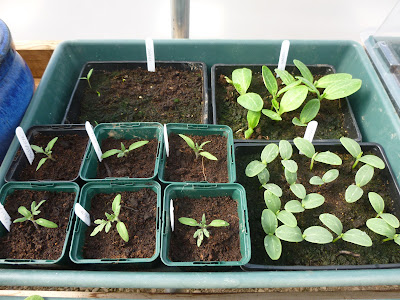 More potting on to be done tomorrow ...and the first appearance of a pepper plant or two.  They are very late this year, but it's been cold here, especially at night. 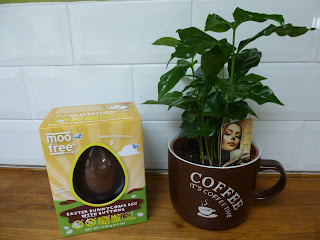 It was my birthday last Wednesday and my Mum bought me a 'cup of coffee' while we were at the garden centre for lunch.  I think it will be a few years until I'm harvesting any coffee beans  ;-)


I also treated myself to a milk free Easter egg as they were reduced to clear ..... but I wasn't that impressed.  I think I'll stick to dark chocolate, which is naturally milk free and which I love anyway.