No More Chicken at the Door 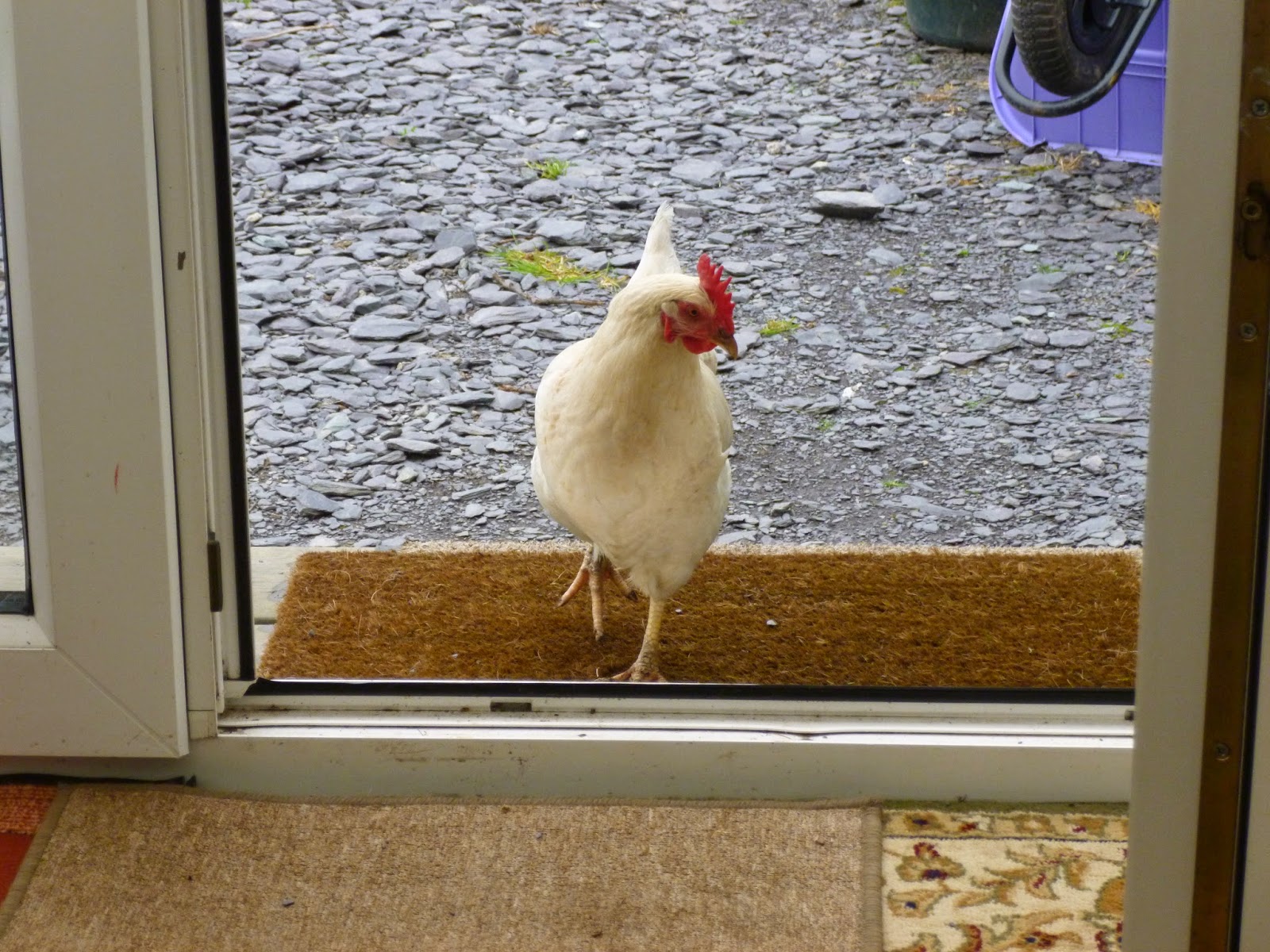 Amber died yesterday, a quiet, calm dignified death.
On Sunday she was off colour, slightly hunched and wanting to be by herself.  She drank some water when I offered it and had a nibble of corn, but she wanted to be alone and sat herself on a pile of leaves and twigs in the corner by the compost bins behind Chicken World.  At the hottest part of the day she came down and paddled in the drinking water bowl, something I've never seen a chicken do before, she must have instinctively wanted to cool herself down a bit more.
At dusk she put herself to bed in one of the nesting boxes in the henhouse, strangely facing the back door instead of forward as the girls usually do, it was as though she valued her privacy.  I left her with a small cup of water.
Yesterday morning she trooped out with the others and I thought she was a bit better, her eyes were bright and she was walking much more upright.  After a mooch about in the grass for an insecty breakfast she sat by the water drinker in the sun.  It was lovely to see her basking in its warmth.
Later I looked over and she had moved from the sunshine into the shade of the small tree and there were two birds sat with her.  When I saw them troop away and leave her after an hour or so, I knew she had gone.  So I immediately went over to check and sure enough, she was warm but lifeless.
After checking her all over for any signs of what could have been wrong and finding absolutely none, I knew it was simply the time she had chosen.
They die well do chickens.  They sense when they want to go, they do the things they want to do and enjoy the things they have always enjoyed for the last time.  They chose their place to be and say goodbye to their favourite friends, and then they calmly and quietly slip away.
Oh would that it were that easy for everyone. 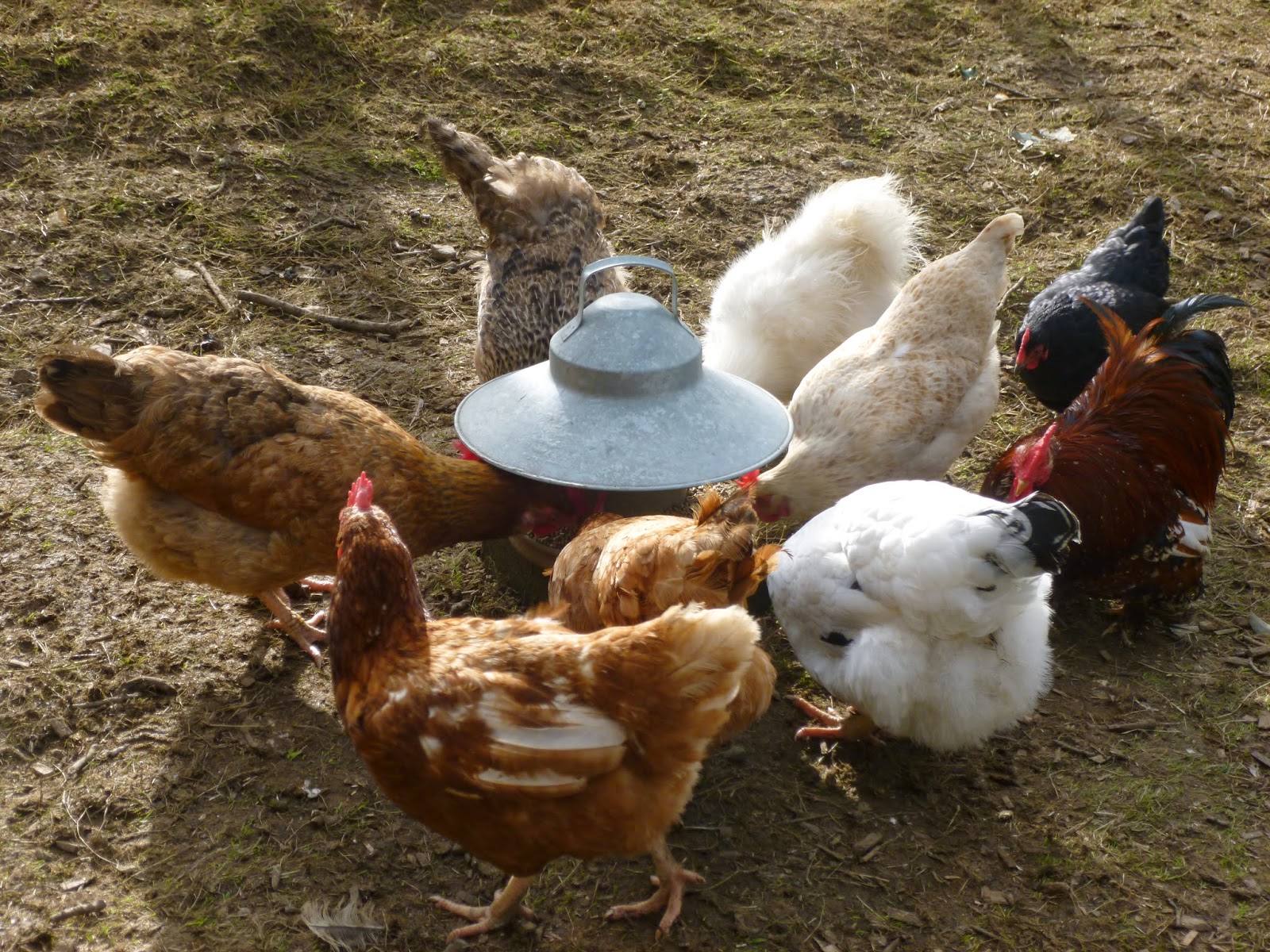 She was always one of the flock, accepted by everyone and always in the midst of any action, but she loved us too, I was privileged to be included as part of her gang.
But now there will be no more little white chicken rushing up the steps into the house to tell me when I'm late with the afternoon corn, no chicken doing her amazing vertical take off and nipping over the fence to have a nosey at what we are up to, demanding that we take her back and give her more corn.
Lovely Amber she arrived with us HERE and left when she decided to go.
RIP lovely girl.